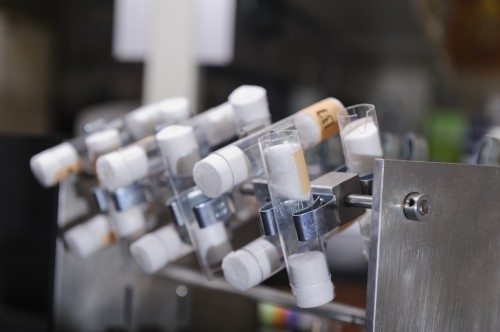 A new study led by corresponding author Dr. Laura Reed suggests that a device called the TreadWheel can be used to study the benefits of exercise on Drosophila — fruit flies.

The Economist Again Names UVA Darden School No. 1 Education Experience in the World

UVA Darden School of Business is ranked No. 3 overall in The Economist's full-time MBA rankings and is named among the top 5 in several different categories 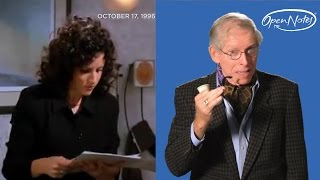 Seinfeld, e-Patient Dave and Your Medical Records: What a Difference 20 Years Makes

OpenNotes and health advocate e-Patient Dave team up to remind us just how much has changed in the 20 years since Seinfeld's Elaine tried so desperately to find out what was in her medical record. 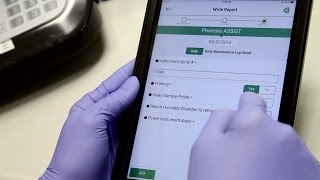 Laboratories throughout the country are highly automated operations but logging instruments checks and calibrations to meet regulatory requirements is still mostly a manual paper task. A new medical application virtually eliminates the need for paper logs and allows laboratory engineers and technicians to perform routine quality inspections and equipment maintenance using a tablet. It’s called the Assured Compliance SolutionTM, which was developed by Kapios Health, a joint venture between Toledo-based ProMedica and Palo Alto, Calif.-based Kaonsoft. 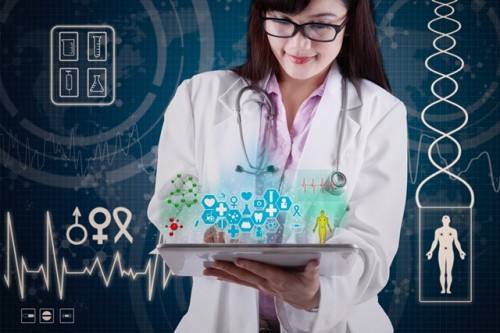 Johns Hopkins Medicine, in partnership with the Johns Hopkins University Applied Physics Laboratory, today announced a joint effort to apply rigorous data analysis and systems engineering practices in an effort to revolutionize the diagnosis and treatment of disease. 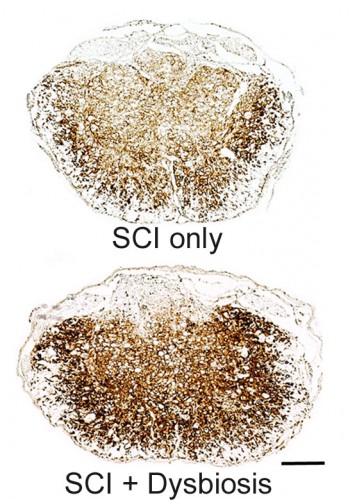 Researchers from The Ohio State University have discovered that spinal cord injury alters the type of bacteria living in the gut and that these changes can exacerbate the extent of neurological damage and impair recovery of function. The study, “Gut dysbiosis impairs recovery after spinal cord injury,” by Kristina A. Kigerl et al., which will be published online October 17 ahead of issue in The Journal of Experimental Medicine, suggests that counteracting these changes with probiotics could aid patients’ recovery from spinal cord injuries. 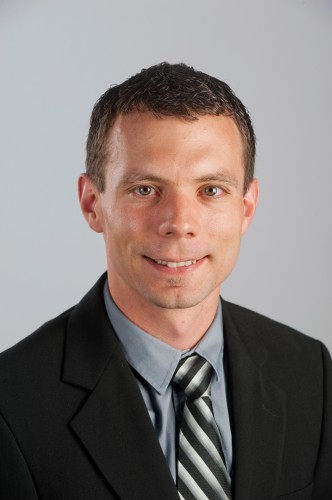 Conference on “the Global Migration Crisis” to Examine Impact of Refugees on Rich & Poor Nations–Oct. 20 at NYU

New York University will host “The Global Migration Crisis,” a conference that will consider the impact of migrants and refugees on Europe and North America and on the poor countries of origin, on Thurs., Oct. 20, 8:30 a.m. to 1 p.m.

Engineers funded by NIBIB have developed a small device, worn on the skin, that detects alcohol levels in perspiration and sends the information to the uses smart phone in just 8 minutes. It was designed as a convenient method for individuals to monitor their alcohol intake.

Chicago Run for the Warriors® Honors Wounded Military and Their Families

The American Society of Anesthesiologists (ASA) will host the Run For The Warriors® 5K Run/Walk at 6:45 a.m. on Sunday, October 23, in Chicago. The race coincides with the ANESTHESIOLOGY® 2016 annual meeting and marks the seventh consecutive year of ASA sponsorship.

Steroids for women at risk of preterm birth improve lung development and reduces risk of severe respiratory distress in babies.

The International Society for Pharmacoeconomics and Outcomes Research (ISPOR) announced confirmation of the scientific sessions for its 19th Annual European Congress that will begin next week, 29 October-2 November 2016 in Vienna, Austria.

— The Arnhold Institute for Global Health at the Icahn School of Medicine at Mount Sinai, software company Dimagi, and Guatemalan NGO TulaSalud announced today that their partnership to locate and assess vulnerable areas in Guatemala to determine their level of risk for a Zika epidemic is being funded by the U.S. Agency for International Development (USAID).

Hillary Clinton is beginning to pull away from Donald Trump in the presidential race, according to the latest George Washington University Battleground Poll.

A pilot study by researchers at Mayo Clinic has found that patients suffering from pain related to irritable bowel syndrome (IBS) may benefit from taking pregabalin, a neuro-pain inhibitor commonly used to treat fibromyalgia. The results of the study were presented today at the annual meeting of the American College of Gastroenterology in Las Vegas. 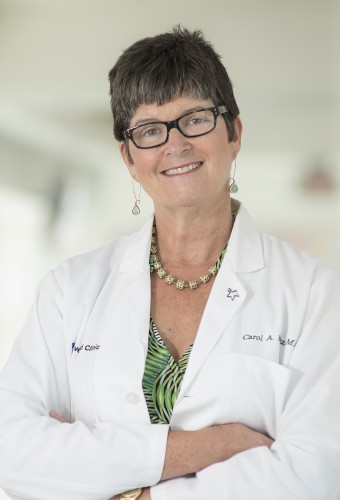 Dr. Carol A. Burke Elected President of the American College of Gastroenterology

Carol A. Burke, MD, FACG, was elected by the membership as the 2016-2017 President of the American College of Gastroenterology (ACG), a national specialty association representing almost 14,000 clinical gastroenterologists and other specialists in digestive diseases. Dr. Burke officially takes her position as President during the College’s 81st Annual Scientific Meeting, held this week in Las Vegas, Nevada.

More than 5,000 gastroenterologists and other health care professionals from around the world will convene at The Venetian in Las Vegas for the American College of Gastroenterology's (ACG) 81st Annual Scientific Meeting to review the latest scientific advances in gastrointestinal research, treatment of digestive diseases and clinical practice management. 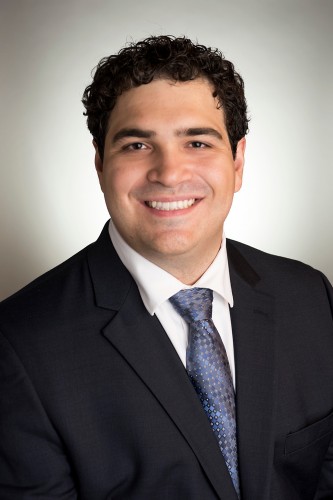 New research from the Indiana University Kelley School of Business finds that those in high-stress jobs with little control over their workflow die younger or are less healthy than those who have more flexibility and discretion in their jobs and are able to set their own goals as part of their employment. 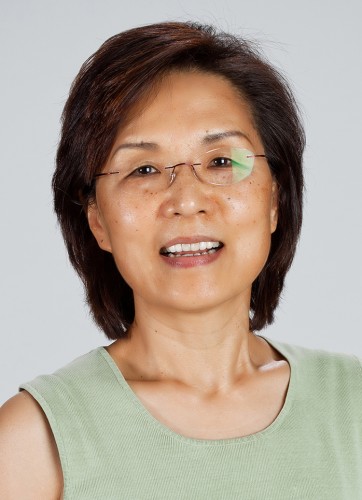 In a study that could one day help eliminate the tragic birth defects caused by Zika virus, scientists from the Florida campus of The Scripps Research Institute (TSRI) have elucidated how the virus attacks the brains of newborns, information that could accelerate the development of treatments. 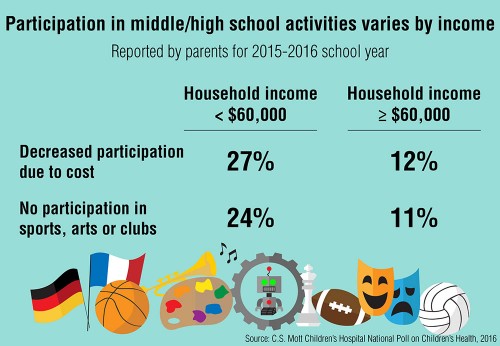 Pay-to-Play May Keep Some Kids Out of School Activities

One in four students from lower-income families did not participate in a single sport, club or art program last school year, a new national poll shows. 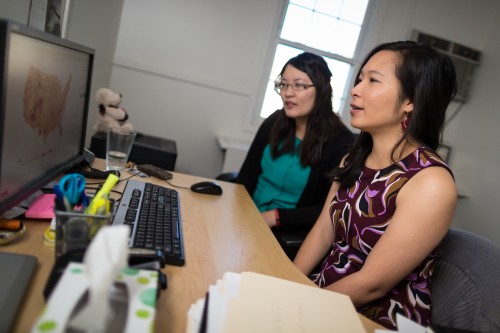 “That Pizza Was #Delish!” What Do Tweets Say About Our Health?

"Coffee" was the most tweeted food in the continental U.S. between mid-2014 to mid-2015 followed by "beer" then "pizza". Besides hinting at which foods are popular, scientists at the University of Utah are finding that tweets reveal something about our health. Communities that tweeted more often about physical activities, or expressed positive sentiments about healthy foods, had better overall health.

Last night Honorary Fellowship in the American College of Surgeons was awarded to five prominent surgeons from Australia, Colombia, Pakistan, France, and Japan.

Frank G. Opelka, MD, FACS, a colon and rectal surgeon and Medical Director, Quality and Health Policy, American College of Surgeons (ACS) Division of Advocacy and Health Policy, Washington, DC, received the 2016 ACS Distinguished Service Award (DSA) last night during the Convocation ceremony that preceded the opening of the College’s 2016 Clinical Congress, one of the largest international meetings of surgeons in the world. The DSA is the highest honor bestowed by the ACS.

Courtney M. Townsend, Jr., a general surgeon from Galveston, Tex., was installed as the 97th President of the American College of Surgeons last night during the Convocation ceremony of the College.

Babies born to women aged 40 and over from assisted reproduction have fewer birth defects compared with those from women who conceive naturally at the same age, according to new research from the University of Adelaide.

This feature story takes a look at the health care race to get bigger, and Independent Provider Networks. MACRA mentioned. 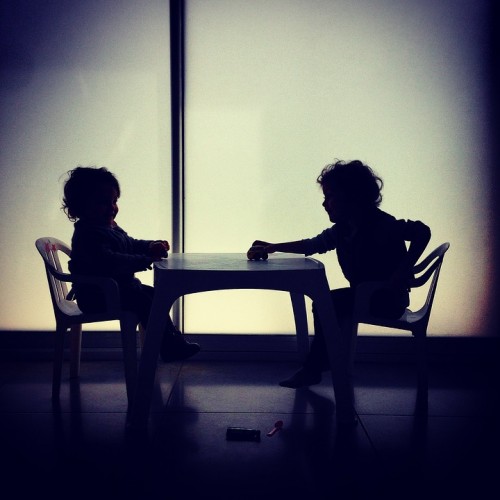 Children who have been in the U.S. foster care system are at a significantly higher risk of mental and physical health problems – ranging from learning disabilities, developmental delays and depression to behavioral issues, asthma and obesity – than children who haven’t been in foster care, according to a University of California, Irvine sociologist. 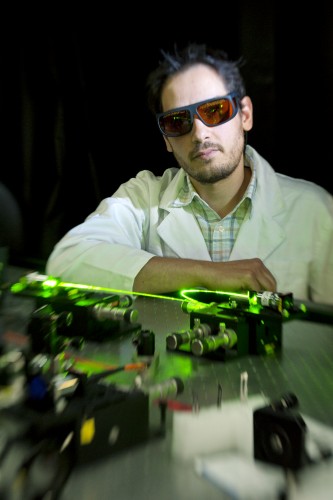 Developing a Sensor for Vitamin B12 Deficiency 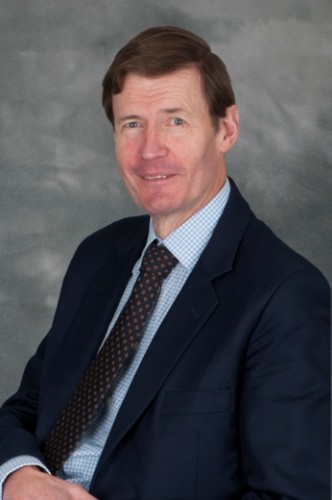 Close Proximity of Slum Dwellers Could Be Answer to Health Problems

A new study suggests that the ‘neighbourhood effect’ of slums could help to alleviate some of their associated health problems. A team of academics led by Warwick Medical School, University of Warwick have conducted a review of international slum research, which is being published in The Lancet.

People who closely follow the Mediterranean diet – especially by eating fruit – may be more than a third less likely to develop age-related macular degeneration, a leading cause of blindness, according to a study presented today at AAO 2016, the 120th annual meeting of the American Academy of Ophthalmology. The study is the first to identify that caffeine may be especially protective against AMD.

The American Academy of Ophthalmology today announced key milestones in its ongoing effort to use the power of data science to improve medical and surgical eye care. In less than three years since its introduction, the Academy’s IRIS® (Intelligent Research in Sight) Registry is now the world’s largest clinical database. Academy leaders discussed the most recent milestones with the effort during several events at AAO 2016, the Academy’s 120th Annual Meeting.

Cal State LA has received a national award from INSIGHT Into Diversity magazine for its success in fostering diversity and inclusion in the School of Nursing. The INSIGHT's 2016 Health Professions Higher Education Excellence in Diversity (HEED) Award recognizes U.S. medical, dental, pharmacy, osteopathic, nursing and allied health schools that demonstrate an outstanding commitment to diversity and inclusion. 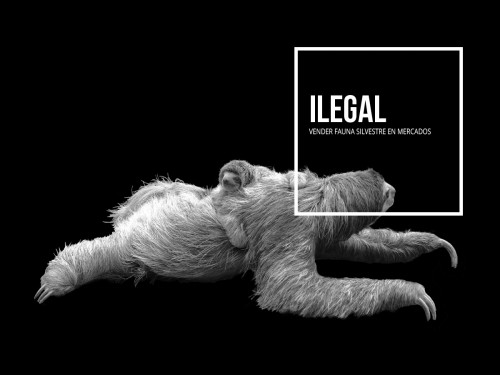 NEW YORK (October 14, 2016)—WCS’s Peru Program is fighting wildlife trafficking through a campaign that leverages one of the most effective means of reaching a wide audience: Facebook.

Urgent Matters, Philips Blue Jay Consulting, and Schumacher Clinical Partners are pleased to announce the winners of the Emergency Care Innovation of the Year Award, a competition to foster innovation in emergency departments nationwide. 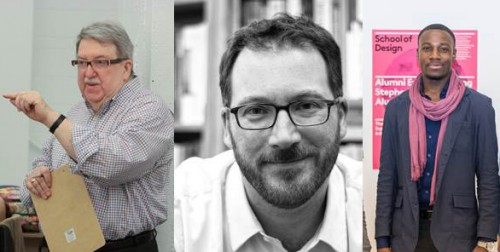 Groups Recognize School of Design Faculty, Alumnus for Their Work

AMGA Issues Statement in Response to the MACRA Final Rule

The following statement can be attributed to AMGA President and Chief Executive Officer, Donald W. Fisher, Ph.D., CAE in response to The Medicare Access and CHIP Reauthorization Act of 2015 (MACRA) final rule released by the Centers for Medicare & Medicaid Services (CMS) today. 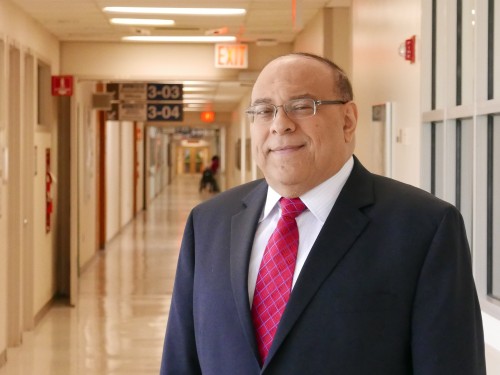 As section chief for gastroenterology and hepatology at NYU Lutheran Medical Center, Dr. George Abdelsayed will connect with the many cultural enclaves throughout Brooklyn to develop a hepatitis C screening program to help promote early detection of the disease. 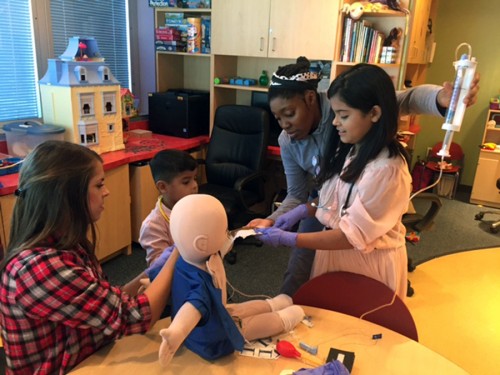 Patients Find Comfort with CAPES to Tell Children about Their Illnesses

The role of child life specialists is traditionally one of helping hospitalized children cope with their illness, treatment and hospital stay. However, at Harris Health System, child life is breaking with tradition to help patients suffering severe illnesses talk to their children about their medical condition in life and death terms. 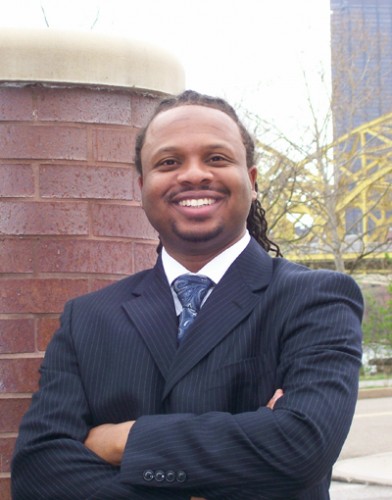 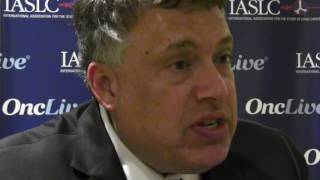 Advances of Immunotherapy in Lung Cancer 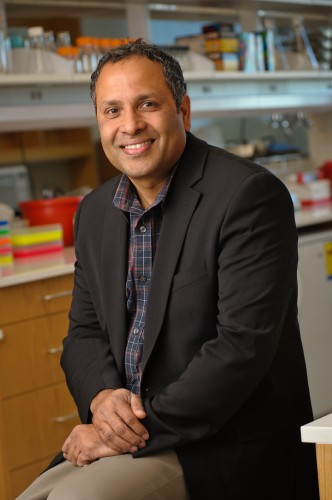 The Transformative Research Award – one of four award categories – promotes cross-cutting, interdisciplinary approaches in research with potential to create or challenge existing paradigms. 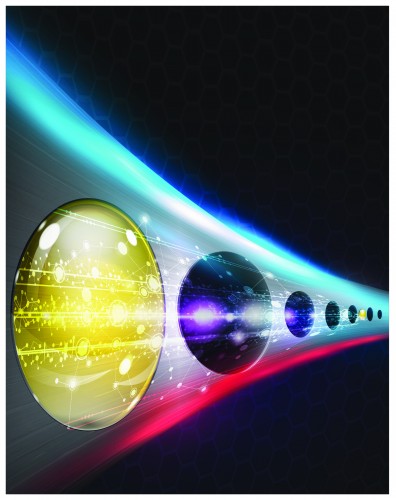 Sandia researchers have demonstrated for the first time on a single chip, all the components needed to create a quantum bridge to link quantum computers together

Halloween is meant to be the spookiest time of year, but no parent wants to experience a real scare on the special night. Stony Brook Children’s experts share tips and tricks on how to steer clear from hidden health and safety dangers.

The collection contains the personal documents of some of the country’s most prominent American writers on the natural world, including drafts, published works, correspondence, journals and diaries, photographs, computer files, audio recordings and films. 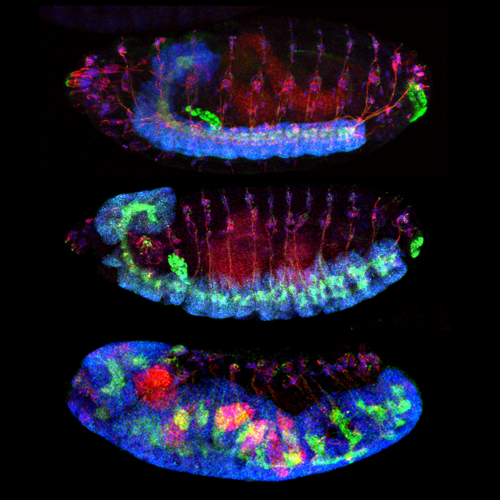 A rare variant in the TM2D3 gene linked to increased risk and earlier onset of Alzheimer’s disease.