Bacteria have the ability to adapt to their environment to survive the host's immune defense.

Prevalence of asthma in Chicago’s youth is higher than state and national levels, according to the latest survey of parents released by Ann & Robert H. Lurie Children’s Hospital of Chicago and the Chicago Department of Public Health (CDPH). The survey found that 16 percent of families have a child who had ever been diagnosed with asthma, above the 11 percent rate across Illinois and 12 percent nationwide.

A blood test could predict who benefits from immunotherapy

A test which detects changing levels of tumour fragments in the blood may be an easy, non-invasive and quick way to predict who will benefit from immunotherapy, a treatment option for advanced cancers.

The American Society for Cell Biology (ASCB) was awarded a first-of-its-kind National Institutes of Health (NIH) grant to enhance diversity in the academic biomedical workforce.

A Tulane University psychologist received a $2.24 million NIH grant to study the causes of panic disorder and PTSD.

Life on Earth manages to exist in the Mariana Trench and deep below the ocean floor, where extreme conditions create large effects on the behavior of biological molecules. At the Cornell High Energy Synchrotron Source, a facility dedicated to high-pressure biological X-ray scattering is available for use to explore those deep ocean molecules. Richard Gillilan will describe the main capabilities of BioSAXS and call for scientific use of the facility at the 70th Annual Meeting of the American Crystallographic Association.

Utah anchors and dominates industrial banking in the United States

The Kem C. Gardner Policy Institute today released a groundbreaking analysis detailing the substantial economic benefits of industrial banks in Utah, the nationwide center for this banking segment with a 110-year history.

The Arizona Society of Anesthesiologists (AzSA) and the American Society of Anesthesiologists (ASA) strongly oppose Governor Doug Ducey’s decision to “opt-out” of the Centers for Medicare & Medicaid Services’ physician supervision requirement, which dismantles the anesthesia care team model in Arizona by allowing nurse anesthetists to administer anesthesia without physician supervision. Only 28% of Arizona voters support the governor’s exemption to this federal regulation that requires nurse anesthetists to administer anesthesia under the supervision of a physician.

Damon McCoy and colleagues at the NYU Tandon School of Engineering analyzed multi-year data extracted from BriansClub, an underground bazaar for buying stolen and leaked credit card information. Among findings were that chip-enabled cards are no guarantee of security if owners still swipe the stripe: 85% of the stolen magnetic stripe data originated from EMV chip-enabled cards.

The American Society for Biochemistry and Molecular Biology has won an almost $1.27 million five-year grant from the National Institute of General Medical Sciences (NIGMS) to develop and execute a program that will support scientists from diverse backgrounds as they prepare for and launch their careers as independent faculty members.

Can a quantum strategy help bring down the house?

In a paper published this week in the journal Physical Review A, the researchers lay out a theoretical scenario in which two players, playing cooperatively against the dealer, can better coordinate their strategies using a quantumly entangled pair of systems.

New research out of Iowa State University suggests that demolishing abandoned houses may lead nearby property owners to better maintain their homes.

For solar boom, scrap silicon for this promising mineral

Whether children have ongoing sleep problems from birth through childhood or do not develop sleep problems until they begin school, a new study by researchers at Children’s Hospital of Philadelphia (CHOP) has found that sleep disturbances at any age are associated with diminished well-being by the time the children are 10 or 11 years old. The findings, which were published in The Journal of Child Psychology and Psychiatry, suggest health care providers should screen children for sleep problems at every age and intervene early when a sleep problem is identified.

Most retirement investors should stay the course in market swings, UAH professor says

In a volatile stock market, retirement-minded investors who are funding a 401(k), IRA or similar investment vehicle should check their allocations and then stay the course, says Dr. John Burnett, an associate professor in the Finance Department of the College of Business at The University of Alabama in Huntsville (UAH).

To help increase breastfeeding among premature infants, researchers at Rush University Medical Center will test the effects of an intervention that addresses barriers to breastfeeding.

Inherited mutations in a gene that keeps nerve cells intact was shown, for the first time, to be a driver of a neuropathy known as Charcot-Marie-Tooth disease. This finding is detailed in a study led by researchers in the Perelman School of Medicine at the University of Pennsylvania, presenting a clearer picture of the disease’s genetic underpinnings that could inform the development of gene therapies to correct it.

NewYork-Presbyterian today celebrated the opening of the NewYork-Presbyterian Alexandra Cohen Hospital for Women and Newborns, a state-of-the-art facility dedicated to providing exceptional, individualized care to pregnant women and their newborn babies before, during, and after childbirth—including advanced care for high-risk pregnancies and newborns who require extra support. 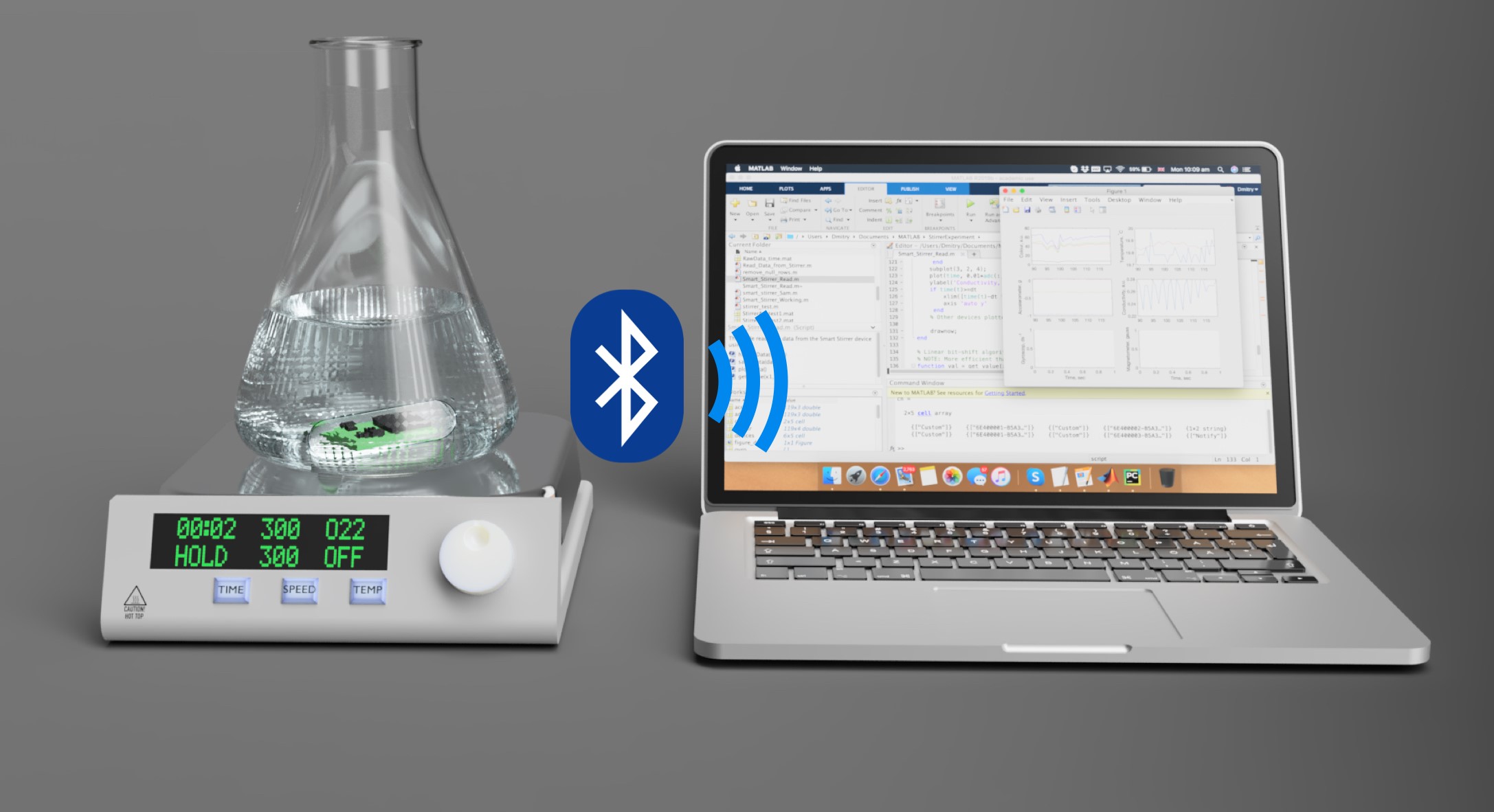 A current problem for a wide range of chemists is when stirring a solution in the laboratory there is a need to check the properties of the solution and monitor how they change.

Children who suffer trauma from abuse or violence early in life show biological signs of aging faster than children who have never experienced adversity, according to research published by the American Psychological Association. The study examined three different signs of biological aging--early puberty, cellular aging and changes in brain structure--and found that trauma exposure was associated with all three.

The American College of Radiology® (ACR®) Center for Research and Innovation™ (CRI) will serve as the imaging coordination center for the multicenter COVID-19 Observational Study (CORAL) led by Dr. Catherine "Terri" L. Hough of the Oregon Health & Science University. The CORAL Study is part of the Prevention & Early Treatment of Acute Lung Injury (PETAL) Network, a consortium of academic and affiliated hospitals across the United States – funded by the National Heart, Lung, and Blood Institute, part of the National Institutes of Health – to conduct clinical trials in patients with or at risk for critical illness, including acute respiratory distress syndrome.

A half-century of controversy over two popular bird species may have finally come to an end. In one corner: the Bullock's Oriole, found in the western half of North America. In the other corner: the Baltimore Oriole, breeding in the eastern half. Where their ranges meet in the Great Plains, the two mix freely and produce apparently healthy hybrid offspring. But according to scientists from the Cornell Lab of Ornithology, hybridization is a dead end and both parent species will remain separate.

Evaluating the effectiveness of travel bans

A new study sheds light on how COVID-19 spreads regionally and between countries, as well as on how effective governmental measures to curb the spread of the pandemic have been to date.

Scientists suggest that the initial impact of environmental toxins inhaled through the nose may induce inflammation in the brain, triggering the production of Lewy bodies that can then be spread to other brain regions. However, the relationship linking olfactory dysfunction and Parkinson’s disease development remains unclear. New findings from a study add weight to this theory and identify a critical signaling molecule that may be key to the domino effect kicked off by nasal inflammation.

The PhRMA Foundation has released its 2019 annual report, highlighting a year of activity that included updating its mission and priorities, the launch of new funding programs and an expansion of its efforts to improve the effectiveness of value assessment in health care.

The 11th edition of Present Knowledge in Nutrition, the latest update of ILSI's major nutrition reference source will be useful to dieticians, librarians, medical nutritionists and others in the nutrition field.

Why is testing for soil microbes important?

Various types of microbes are key ingredients to healthy soil

In a reversal of trends, American baby boomers scored lower on a test of cognitive functioning than did members of previous generations, according to a new nationwide study.

Engineers are developing a no-touch, mail-in, fast-scan diagnostic sensing system that could be used to quickly test for COVID-19 or other outbreaks. The system would also produce a real-time outbreak map with demographic details.

Aug. 3, 2020─ More than 30 years after the last guidance on the clinical evaluation of hypersensitivity pneumonitis (HP), the American Thoracic Society – in collaboration with the Asociación Latinoamericana de Tórax or ALAT and the Japanese Respiratory Society– has developed new guidelines for clinicians. The guidelines are available online ahead of print in the American Journal of Respiratory and Critical Care Medicine.

Cannabinoids may affect activity of other pharmaceuticals

Cannabinoid-containing products may alter the effects of some prescription drugs, according to Penn State College of Medicine researchers.

New research shows significantly more people with diabetes got their critical annual dilated eye exam during the first two years following Medicaid expansion under the under the Affordable Care Act (ACA). However, this encouraging increase in the exam rate did not persist beyond two years.

Atrium Health’s tele-ICU quickly adjusted its patient-centered focus to include supporting and protecting bedside nurses caring for patients in isolation, as part of the system’s planning and preparations for the pandemic.

As national tensions rise, a new national survey of 2,000 people commissioned by The Ohio State University Wexner Medical Center finds more Americans are adjusting how they use social media platforms.

An international group of scientists published a paper Aug. 1 in a special edition of the journal Biological Conservation that lays out an ambitious global conservation plan for parasites. A related paper found that responses of parasites to environmental change are likely to be complex, and that a changing world probably will see both outbreaks of some parasites and a total loss of other parasite species.

The 11th edition of Present Knowledge in Nutrition, the latest update of ILSI's major nutrition reference source will be useful to dieticians, librarians, medical nutritionists and others in the nutrition field.

Looking up to the Joneses: Consequences of the perceptions of white wealth

Society for Personality and Social Psychology