A study led by researchers at IUPUI and Indiana University Bloomington is the first to describe a biochemical mechanism that influences activity in a protein linked to cancer, aging, inflammatory responses and addiction-related behaviors.

A team of Indiana University neuroscientists has built a new model of human brain networks that sheds light on how the brain functions.

During the pandemic, the amount of screen time for many people working and learning from home as well as binge-watching TV has sharply increased. New research finds that wearing blue-light glasses just before sleeping can lead to a better night's sleep and contribute to a better day's work to follow.

The COVID-19 pandemic is taking a toll on couples with young children and on mothers’ wellbeing, according to preliminary findings of two new studies by Indiana University researchers.

A new IU study examining effects of low-level developmental lead exposure in mice could explain why some people dependent on alcohol return to using.

An examination of racial differences in the disciplining of police officers in three of the largest U.S. cities consistently found that Black officers were more frequently disciplined for misconduct than White officers, despite an essentially equal number of allegations being leveled. This included allegations of severe misconduct.

Similarities among individuals living in the same communities can dramatically change their risk of dying by suicide, according to a new study by Indiana University researchers.

Experts available to comment on communicating support for pregnancy loss

A study conducted at 19 universities by IU researchers and their colleagues in the U.S. and Canada, found that a brief social belonging exercise, administered online before students arrive on campus, boosts the performance and persistence of students in STEM disciplines – science, technology, engineering and math – who speak English as a second language.

With the worldwide spike in unemployment caused by the COVID-19 pandemic, many people may turn to volunteerism as a way to pass their newly found free time. But new research suggests that volunteers who also receive government aid are often judged negatively as "wasting time" that could be used to find paid employment.

With just over two months before the 2020 election, three professors at the Indiana University Kelley School of Business offer a comprehensive review of how other nations are seeking to protect their democratic institutions and presents how a multifaceted, targeted approach is needed to achieve that goal in the U.S., where intelligence officials have warned that Russia and other rivals are again attempting to undermine our democracy.

With support from an all-star roster of top executives from the NBA, NFL, NCAA and NHL, related ventures and sports agents, the Indiana University Kelley School of Business has launched a unique, immersive experience for undergraduate students pursuing a career in the sports industry.

With global food demands rising at an alarming rate, a study led by IUPUI scientists has found new evidence that the yellow mealworm shows promise as alternative source of nutritional protein.

Is being generous the next beauty trend?

Cleaning products used to stop spread of COVID may be harmful on their own, study finds

Cleaning and disinfecting have taken on new levels of seriousness in the wake of the global COVID-19 pandemic. But new research from Indiana University suggests that increased use of chemicals to help thwart the spread of the virus may pose health risks of their own.

IUPUI study looks at prevention strategy for substance use disorder

About $7 billion reportedly will be spent this fall on television and digital commercials from political campaigns and political action committees, filling the airwaves with political ads many viewers dislike. Companies running ads immediately afterward have been concerned about the potential of a negative spillover effect on how they and their products and services are perceived. But new research from the Indiana University Kelley School of Business finds that the opposite is true. Contrary to mainstream thought, political ads instead yield positive spillover effects for nonpolitical advertisers.

Young adults and adolescents who are prescribed opioids for the first time may be at a slightly greater risk of developing a substance-related problem later in life, according to a new study co-authored by Indiana University researchers. However, the risk may not be as high as previously thought.

COVID-19 relief funds at local United Ways and community foundations across the United States raised more than $1.05 billion and distributed at least $589 million to financially vulnerable individuals and nonprofits leading the pandemic response in their communities as of June 30.

During the second quarter of 2020, real gross domestic product decreased at an annual rate of 32.9 percent, according to the advance estimate released July 30 by the U.S. Commerce Department's Bureau of Economic Analysis. The fall in economic output is the fastest pace on record in U.S. history. IU experts on business economics, public policy and productivity are available to comment.

Partnerships with bankrupt companies could be double-edged sword for investors

New research from the Indiana University Kelley School of Business found that when a company is in bankruptcy, its advertising and research and development investments can cut both ways. They increase the odds of surviving for some bankrupt companies and decrease the odds for others.

Indiana University experts are available to comment on the 2020 Atlantic Hurricane season in light of Hurricane Hanna's recent landfall in Texas, the first Atlantic hurricane to make a July landfall in that state since Hurricane Dolly in 2008.

Predicting the spread of COVID-19 infection

IUPUI’s Daniel Johnson is working to develop a predictive model of COVID-19 based on the physical environment, social environment and cases of infection.

Copper, a metal commonly used throughout history for its antibacterial properties, is being utilized by researchers at IUPUI to solve a problem very relevant today: making reusable face masks safer and more comfortable for daily use.

Despite efforts by ridesharing companies to eliminate or reduce discrimination, research from the Indiana University Kelley School of Business finds that racial and LGBT bias persists among drivers. Platforms such as Uber, Lyft and Via responded to drivers' biased behavior by removing information that could indicate a rider's gender and race from initial ride requests. However, researchers still found that biases against underrepresented groups and those who indicate support for the LGBT community continued to exist after drivers accepted a ride request -- when the rider's picture would then be displayed. 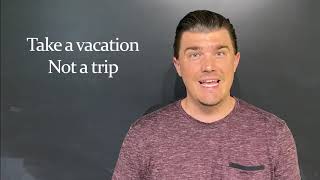 Tourism Professor Can Comment on Travel During COVID-19 Pandemic

COVID-19 has placed tremendous pressure on health care systems, not only for critical care but also from an anxious public looking for answers. Research from the Indiana University Kelley School of Business found that chatbots -- software applications that conduct online chats via text or text-to-speech -- working for reputable organizations can ease the burden on medical providers and offer trusted guidance to those with symptoms.

Experts available to comment on reopening schools during COVID-19 pandemic

IUPUI researcher is working to understand how employers can create the most welcoming virtual environments during the pandemic, particularly for women in minority groups disproportionately affected by the virus.

Depression and loneliness during COVID-19

Americans experienced more depression and loneliness during the early COVID-19 pandemic, according to a study by Indiana University, but those who kept frequent in-person social and sexual connections had better mental health outcomes.

A study led by ecohydrologists at IUPUI is the first to show it's possible to use satellite data to understand how fog reduction from climate change is harming vegetation in ecologically rare regions.

The results of a new scientific survey of more than 10,000 people across 45 states provides insight into Americans' perceptions and expectations around a return to youth sports amid the novel coronavirus pandemic.