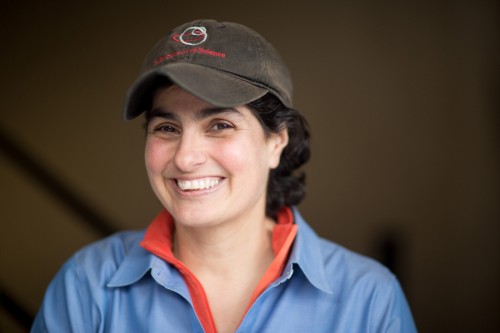 Astrophysicist and the first female dean of MIT's School of Science, Nergis Mavalvala (Wellesley ’90) will address the Wellesley College class of 2022 at the College’s 144th commencement on May 27. 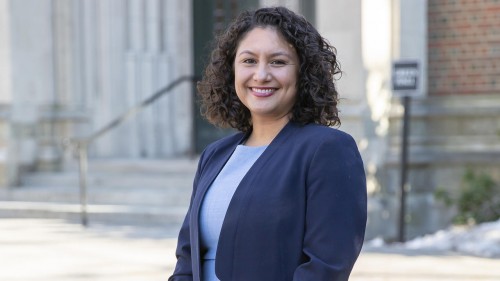 Weighing the Future: At the Intersection of Medicine, Racism, and Feminism

Reproductive rights, abortion laws, vaccine trials, and misinformation about whether COVID afffects fertility—these are some of the hot topics in the news that also relate to Natali Valdez’s research. 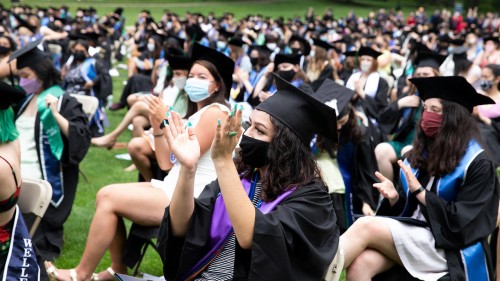 98 Percent of Wellesley’s 2021 Graduates Were in Jobs, Grad School, the Military, or Service within Six Months

Six months after graduation, 98 percent of the members of Wellesley College’s class of 2021 were employed, enrolled in graduate school, engaged in a volunteer experience, or serving in the military. 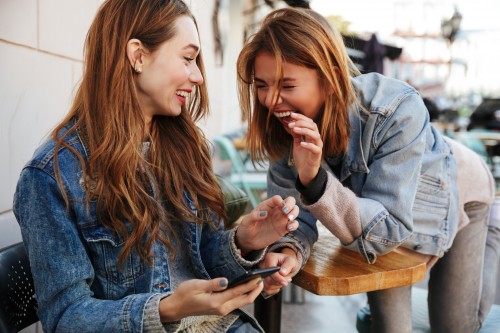 The Kryptonite of the “Superhero Ideal”

Sally A. Theran, associate professor of psychology at Wellesley College, has studied how young people can fight the depressive symptoms associated with the "superhero ideal" -- the pressure to be the best at everything they do -- by developing authentic and healthy relationships with peers, family members, and teachers. 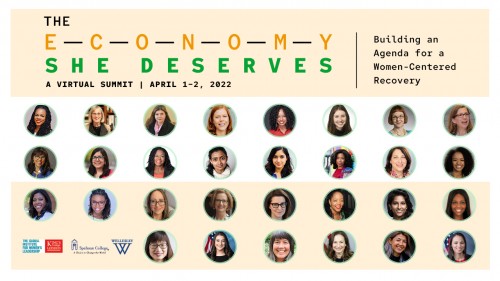 Sixty-one percent of young women say they are not doing well in the economy right now, with nearly one in three (29%) saying they are not doing well at all in findings from a new survey from Wellesley College. They are facing financial anxiety, stress about finding well-paying jobs, and concern about balancing their careers and personal life in the future. 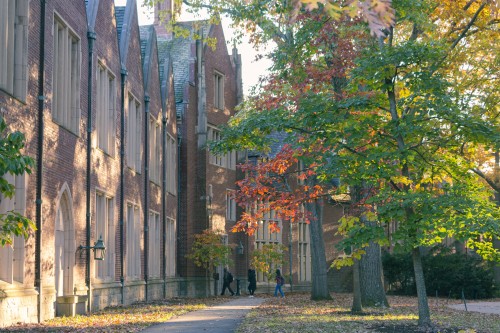 Wellesley College is pleased to announce that seven faculty members have been awarded tenure and promoted to the rank of associate professor by the Board of Trustees, effective in the 2022-23 academic year, based upon their leading research and scholarship, dedication to teaching, and their many contributions to the Wellesley community. Missing the Bar: How People Misinterpret Data In Bar Graphs

New research from Wellesley College in the Journal of Vision found that bar graphs are frequently misunderstood. The study demonstrates that because of a fundamental error and misunderstanding of data, people who view exactly the same graph often walk away with completely different understandings of the facts it represents. 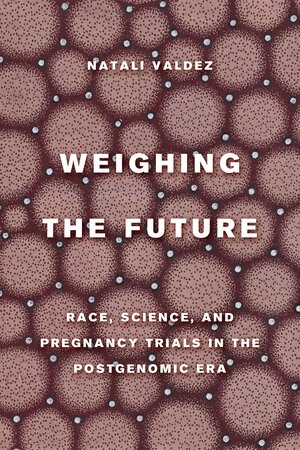 For comment on restrictive abortion laws: Natali Valdez, author of Weighing the Future: Race, Science, and Pregnancy Trials in the Postgenomic Era

In the Absence of Genetic Variation, Asexual Invasive Species Find New Methods of Adapting to Their Environment

Research from Wellesley College shows that despite being a clonal insect species, weevils use gene regulation to adapt to new food sources and pass down epigenetic changes to future generations.

How Fishing Communities Are Responding to Climate Change

Wellesley professor Becca Selden examines how fishers are adapting to climate-related changes in species distribution and location, and finds they have adapted to those changes in three specific ways.

Why Britney Feels Like Your BFF: Understanding Social Media and Parasocial Relationships

The women in the Divine Comedy, the epic poem by the Italian writer Dante Alighieri, served as symbols and metaphors of political affiliation, intrigue, virtue, scandal, and violence. Centuries later, though, little is known about many of the women Dante included in his seminal work. Laura Ingallinella, a Mellon postdoctoral fellow in Italian studies and English at Wellesley, and her students have worked to change that by writing the women of the Divine Comedy back into history. The project included working with Wikimedia Foundation to use Wikipedia as a pedagogical space. The students researched female characters of their choosing and wrote Wikipedia entries.

Massachusetts State Representative and Wellesley College alumna Elizabeth Miranda will be the commencement speaker for the class of 2021 at Wellesley's 143rd Commencement on June 4.

In a Contentious Era, How Do Friends with Different Values Stick Together? Faculty and Student Research Sheds Light

Americans are perhaps more polarized today than at any time since the Civil War. This idea has become ingrained in contemporary American discourse, popping up with increasing frequency in media coverage, in public opinion studies, and in research about how social media and its “filter bubbles” are driving polarization.

A year into the COVID-19 crisis, it seems like almost everyone can recall the moment they first sensed just how extensively the pandemic making its way around the world would upend their lives.

For the first time, honey bees (Apis cerana) have been documented using tools, specifically animal dung, to defend their colonies in Asia. To defend themselves against giant hornet (Vespa soror) attacks, which can wipe out whole colonies, honey bees forage for animal feces and apply spots of it around their nest entrances. Giant hornets were repelled by feces-covered entrances, limiting their ability to mount deadly group attacks.

When Stephanie Song ’19 started working in the microbiome program at the Mayo Clinic in Rochester, Minnesota, as a summer intern after her sophomore year at Wellesley, she didn’t have any research experience.

Ambassador Susan Rice joined Wellesley College professor Michael Jeffries for a discussion about her new book, work in the Obama Administration, and current events like the Iran crisis at an event on campus.

As carbon emissions increase, how will the ocean respond to climate change? How does carbon dioxide cross from the atmosphere to the ocean? What happens to the carbon dioxide when it is in the ocean? Learn more from Wellesley College professor Rachel Stanley.

As part of Wellesley College’s annual reunion weekend, former U.S. Secretaries of State Hillary Rodham Clinton and Madeleine Korbel Albright joined Wellesley President Paula A. Johnson for a conversation about their time at Wellesley, their service as secretary of state, their experiences in politics, and human rights and women's rights.

Anita Hill, university professor of social policy, law, and women’s, gender, and sexuality studies at Brandeis University and a faculty member of its Heller School for Social Policy and Management, will address the members of the class of 2019, and their families and friends, at Wellesley College’s 141st commencement exercises on Friday, May 31, at 10:30 a.m.

In New Book, Wellesley College Professor Sheds Light on the Use of Political Violence by Black Abolitionists

In Force and Freedom: Black Abolitionists and the Politics of Violence, Kellie Carter Jackson, assistant professor of Africana studies at Wellesley College, provides the first historical analysis exclusively focused on the tactical use of violence among antebellum black activists.

On International Women’s Day, Wellesley College honors the advancements that so many trailblazing women fought to achieve. To celebrate extraordinary women across disciplines and from around the world, Wellesley is launching WellesleyAsks, a new video series hosted by President Paula A. Johnson that explores the journeys of women leading change in the world.

A new book, Random Families: Genetic Strangers, Sperm Donor Siblings, and the Creation of New Kin, offers timely insights into an unprecedented phenomenon: how the discovery of half-siblings sharing donor DNA who are born into different families has created enormous networks of genetic kin.

Irritability in Young Children as a Sign of Deeper Mental Health Issues?

Christen Deveney, assistant professor of psychology at Wellesley College, seeks clues to the factors that contribute to childhood irritability, a common but often misunderstood possible symptom of mental health issues.

From Anita Hill to Christine Blasey Ford: How far have we really come?

The current administration has a documented adversarial relationship with the media—frequently referring to the reporting of many outlets as “fake news” and calling the press the “enemy of the people.

Wellesley College, widely recognized as the world’s premier college for women, will present The African Women’s Leadership Conference, a first-of-its-kind gathering in the United States of some of the most influential voices in African women’s leadership—from education and politics to health and technology, entertainment, and the law.

Wellesley College is launching a website that just might help get women closer to closing the gender wage gap—by leveraging the College’s singular career education model and its network of women, widely acknowledged as the most powerful women’s network in the world.

Wellesley, Mass. (January 3, 2017) — In January, Wellesley College will host several of the world’s most influential women, including Sally Yates, Wendy Sherman, Andrea Mitchell, Katharine H.S. Moon, and Madeleine Albright herself, as part of the Madeleine Korbel Albright Institute for Global Affairs ninth annual Wintersession, a three-week intensive program at Wellesley that educates the next generation of women leaders.

The Sandy Hook school shooting five years ago prompted political response that led to significantly higher gun sales; and this resulted in greater numbers of accidental deaths by firearms – in both adults and children, according to a new study authored by two Wellesley professors

New Book Offers Insight Into Not-So-Funny Side of Comedy

If a former classmate walks by you on the street and looks you in the face without saying so much as “hello,” don’t be dismayed. Same for a person you met at a party the night before.

When Sizing Up Potential Friends and Mates, the Eyes of Men and Women Move Differently

New Research from Wellesley College and the University of Kansas Shows People Observe the Body Differently When Assessing Friends vs. Mates

MyinTuition has proved so successful that starting this week, a total of 15 schools, including Columbia, Dartmouth, and Rice, are adopting the tool.

Wellesley College will convene two panels of international leaders and experts for a public forum on the global refugee crisis and its many sociopolitical and geopolitical ramifications, beginning with a keynote from Former Secretary of State Madeleine K. Albright ’59.

Hillary Rodham Clinton ’69 will address the members of the Wellesley College Class of 2017 and an international audience of their family and friends at Wellesley’s 139th commencement exercises.

Wellesley College Brings Together International Experts in Architectural History, Historic Preservation, and Design for Major Symposium About “The Modern Campus”

The 2016 Wellesley College Alumnae Achievement Award recipients are: Marian Burros ’54, a New York Times and Washington Post food writer and editor who transformed how Americans cook; Maria Morris Hambourg ’71, a preeminent art scholar who changed how the art world looked at photography as the founding curator of the Department of Photographs at the Metropolitan Museum of Art; and Debra Knopman ’75, a leading researcher and policymaker seeking solutions to our most pressing environmental issues.

On September 28, 2016, the Davis Museum at Wellesley College will unveil "the Davis. ReDiscovered," a total transformation of the Museum’s permanent collections galleries, reshaped and reconceived to present the breadth and strength of the Museum’s encyclopedic holdings.

The Hawaiian cultural group Hālau o Keikiali`i, internationally known for live performances that tell the story of the Hawaiian people, will visit Wellesley College Saturday, September 17 for a main-stage performance entitled Ho`okupu: The Offering. The show begins at 7:30 p.m. in the Jewett Art Center Auditorium. It will cap off a weeklong Hula residency.

Practice for Life: Making Decisions in College, from Wellesley College and Bowdoin College Faculty, Presents Practical Advice, Surprising Research, and a Revolutionary Case for the Value of Liberal Education

A new book, Practice for Life: Making Decisions in College, co-written by faculty members at two of the country’s most prestigious liberal arts colleges, is poised to change the way these students and their parents approach this next stage of their life.

As the author of the recently published Populism’s Power: Radical Grassroots Democracy in America, Wellesley College's Laura Grattan can articulate how intensified appeals to "rule by the people"—from Donald Trump and Bernie Sanders—have transformed our political landscape and what it means for the future.