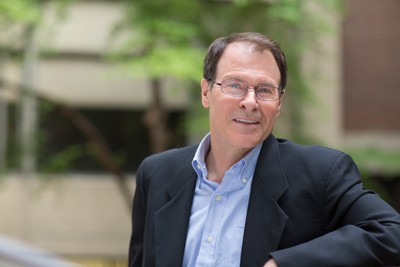 The Boston University Questrom School of Business announced today that Peter Fox-Penner, renowned expert in energy policy, sustainability and business strategy, will join the School as Professor of the Practice on January 1, 2016. Dr. Fox-Penner will lead initiatives to expand the School’s education programs in the field of sustainability, including the creation of a University-wide Institute for Sustainable Energy. 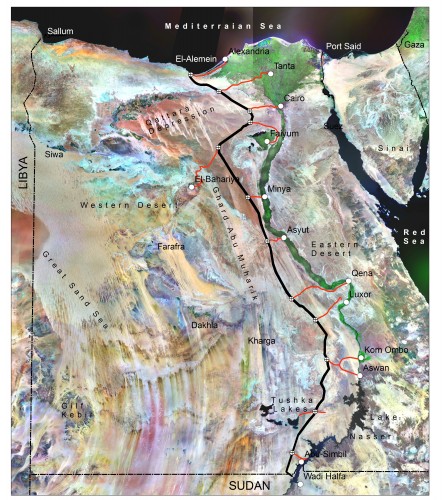 A visionary plan for a “Desert Development Corridor” in Egypt, researched and created by Boston University geologist Dr. Farouk El-Baz, has been adopted by the country’s interim government as its flagship program. According to El-Baz, the plan – which includes the construction, along 1,200 kilometers, of a new eight-lane superhighway, a railway, a water pipeline, and a power line – would open new land for urban development, commerce, agriculture, tourism and related jobs.

Researchers from Boston University and NASA have recently discovered that parts of the northern hemisphere have become much greener and the growing season has increased over the past 21 years.

A study released by Join Together, a project of Boston University School of Public Health, finds that the 1989 Massachusetts' School Zone Anti-Drug law fails to drive drug dealers away from Massachusetts schools.

Green Tea May Offer Some Protection from Breast Cancer

Researchers from Boston University Schools of Medicine and Public Health have shown that compounds found in green tea may offer some protection from development of breast cancer.

For many people, vitamins are beneficial and essential, not potentially poisonous. However, in a "Letter to the Editor" of the New England Journal of Medicine (NEJM), researchers from Boston University School of Medicine, describe the dangers associated with ingestion of an over-the-counter vitamin D supplement.

Physician antitrust exemption legislation recently proposed at both the state and federal levels could impact health care costs and considerably alter the relationship between physicians and managed health care plans. Researchers recently published their analysis of this significant legislative development in the July 3rd issue of the Journal of the American Medical Association (JAMA).

Governor of Puerto Rico to Speak at Boston University Commencement

Boston University School of Medicine announces Anamaria Bulatovic, MD, MPH, FAAP, president, Doctors Without Borders, as this year's commencement speaker. The BUSM Commencement will be held on Sunday, May 20 at 3:00 p.m. at the World Trade Center in Boston.

Does Shortening Length of Stay Reduce or Shift Costs?

Hospitals may be saving money because coronary artery bypass surgery patients are being discharged sooner, but surgeons from Boston University School of Medicine and Boston Medical Center have shown that costs are actually being shifted to other health care providers.

Pyramids and Sphinx May be Gifts of Desert

"Egypt is the gift of the Nile," wrote Herodotus in 450 B.C. But according to research by Boston University Professor, the Greek historian got it only half right.

Thirteen leading researchers have joined the Department of International Health at Boston University School of Public Health, bringing to the school a wealth of international public health knowledge and the well-respected Applied Research on Child Health Program.

Campaigning season is coming to a close and many candidates are feeling the effects of incessant hand shaking with the American public. A Clinical Associate Professor of Occupational Therapy at BU's Sargent College offers the following tips as we near the end of the campaign trail.

On Monday, October 23, Irwin Goldstein, MD, professor, department of urology, Boston University School of Medicine will hold a press conference to discuss the current status of female sexual function and dysfunction research and to provide an overview of the third international forum on female sexual function.

Camille & Bill Anthony, co-authors of The Art of Napping at Work, have declared the Sunday marking the end of daylight savings time to be National Napping Day for Women.

The John S. and James L. Knight Foundation has awarded $1,151,700 to Boston University to establish an international science and medical journalism center to strengthen news coverage of science, medicine and public health.

The John S. and James L. Knight Foundation has awarded $1,151,700 to Boston University to establish an international science and medical journalism center to strengthen news coverage of science, medicine and public health.

Parental Role in Development of Obesity in Children

Exercise May Reduce The Risk Of Impotence

Researchers from Boston University School of Medicine and the New England Research Institutes report that physical activity of at least 200 calories a day--the equivalent of walking briskly for two miles--may reduce a man's risk of developing erectile dysfunction/ED (impotence). (Urology, 8-00)

Boston University has implemented a broadly available version of IBM's ASCI White, the most powerful supercomputer ever built. It will help researchers on projects in fields such as quantum physics, genome research as well as investigations into a cure for Alzheimer's.

PhotoSecure, Inc., announced that GenuOne, Inc., has invested one million dollars in the development of the company. PhotoSecure was incubated in the Boston University Photonics Center.

An experimental drug, nesiritide, provides new hope for the more than one million patients hospitalized in the U.S. each year with acute congestive heart failure, according to an article in NEJM.

Boston University announces the creation of a Washington Journalism Program for both graduate and undergraduate students who will report on national politics with a New England angle for the program's newly created BU-Washington News Service.

Secret to Movement in Super-Cooled Water

Scientists at the Center for Polymer Studies at Boston University and at the Universite di Roma La Sapienza have created a computer model that is useful in understanding how molecules move through super-cooled water (Nature, and Physical Review Letters, 5-15-00).

PhotoDetection Systems, Inc., has received a first round of venture funding in the amount of $2.75 million. The company develops advanced, low-cost, 3-D medical imaging systems that can detect very small tumors and determine whether or not they are malignant.

Scientists and students from around the world will convene in Durham, N.H., from June 17-21, 2000, to attend the 80th annual meeting of the American Society of Mammalogists; the meeting provides opportunities for members to share recent discoveries from a wide array of topics, including evolution and genetics, ecology, behavior, conservation, and natural history.

Women with HIV Who Suffer from Physical and Sexual Abuse

Fred Schubert of Boston University is one winner of the DISCOVER Magazine Awards. Schubert's Photon Recycling Semiconductor Light-Emitting Diode combines up to three different wavelengths of light to produce a highly efficient, long-lasting, white light suitable for many lighting situations.

A promising new weapon against cancer, developed by scientists at Boston University, Massachusetts General Hospital, and the Dana-Farber Cancer Institute, has begun clinical trials at Oxford BioMedica, a British company specializing in the application of gene-based therapeutics.

A team of astronomers from Boston University released images revealing details of Mercury's surface in the May Astronomical Journal and at the American Geophysical Union in Washington, DC.

Actress and School for the Arts alumna Olympia Dukakis will receive an honorary degree at Boston University's 127th commencement exercises on May 21; Tom Wolfe will deliver the BU commencement address.

The School of Management at Boston University announced a unique program offering concurrent Masters degrees in business and information systems to prepare future CEOs for the new economy.

Vertical structures, called microcolumns, found in the cerebral cortex of normal brains are disrupted in the brains of people affected by Alzheimer's disease and may be connected to the cognitive loss associated with it, report Boston University scientists in this week's Proceedings of the National Academy of Science.

Dual Citizenship and Identity in the Global Context

On May 6, 2000, the Institute for the Study of Economic Culture at Boston University will host a conference on the ways that membership in multiple societies challenges traditional notions of citizenship and nationhood, assimilation and identity.

Occupational therapy students at Boston University's Sargent College of Health and Rehabilitation Sciences have begun a national initiative to raise awareness of violence in schools, violence at work, and road rage.

In a report submitted this morning to Governor Paul Cellucci, the Commonwealth's Blue Ribbon Commission on Older Workers warns that the Massachusetts economy could be hobbled by the loss of as many as 250,000 potential new jobs to other states by mid-decade, unless steps are taken to retrain and employ the state's older workers.

Massachusetts Commission on Older Workers to present findings to governor: today's tight labor markets only a preview of problems to come.

Gerard 't Hooft, winner of the 1999 Nobel Prize in Physics, will present "A Confrontation with Infinity" at Boston University's Metcalf Science Center on Tues., April 25, 2000.

Sheldon Lee Glashow, a distinguished theoretical physicist and Nobel laureate who is an expert in elementary particle theory and cosmology, will join the Boston University faculty this July as the first Arthur G.B. Metcalf Professor of Science.

Boston University has won a $750,000 grant from the Henry Luce Foundation to establish the International Center for East Asian Archaeology and Cultural History; the Center's focus will include Central Asia, Siberia, Korea, Japan, China, and mainland Southeast Asia.

Nancy Kopell, an accomplished mathematician who has applied her knowledge of nonlinear dynamics to fundamental problems in biology, chemistry, and neuroscience, has been named Boston University's first William Goodwin Aurelio Professor of Mathematics and Science.

Tobacco Carcinogen in Fetuses of Mothers Who Smoke

The presence of a tobacco-specific carcinogen in the amniotic fluid of fetuses whose mothers smoked has been demonstrated by Boston University and University of Minnesota researchers (Prenatal Diagnosis, 4-00).

FDA Approves Test for Underlying Cause of Ulcers

Workplace Napping Day One Week Away!

Join the Anthonys, co-authors of The Art of Napping at Work, and companies across the nation on April 3, 2000, National Workplace Napping Day, as they celebrate the health and financial benefits of workplace napping.

Graduating medical students from Boston University are anxiously awaiting Thurs., March 16, when they and their peers from across the country will learn where they have been "matched" with a hospital to undergo postgraduate training in intern and residency programs.