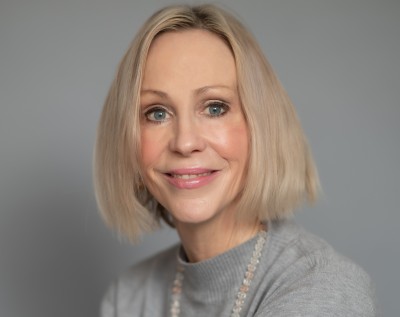 Ithaca College Announces Inaugural Dean of the School of Music, Theatre, and Dance

Anne Hogan has been named the inaugural dean of Ithaca College’s School of Music, Theatre, and Dance. The college had announced in January that its School of Music and Department of Theatre Arts will be joining together to establish the new school as of July 1. 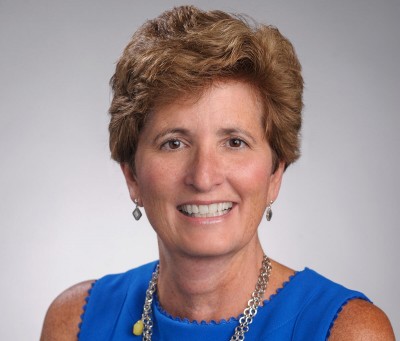 Amy Falkner--a longtime teacher and administrator in the S.I. Newhouse School of Public Communications at Syracuse University--will be the new dean of Ithaca College’s Roy H. Park School of Communications. 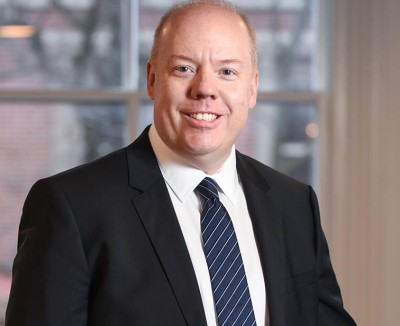 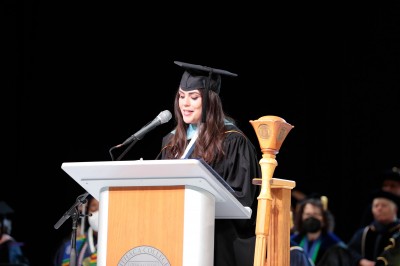 La Jerne Terry Cornish has been announced as the 10th president of Ithaca College. Cornish joined the college as provost in 2018 and had been serving as interim president since August 30, 2021.

Ithaca College Graduates Encouraged to Find A Gift in the Losses

Emmy-nominated television creator and producer Liz Tigelaar told some 1,300 Ithaca College graduates that the beauty in life comes in the questions and the unknowns, and to relish being in a moment where there is so much to discover. A 1998 IC graduate herself, Tigelaar was the main speaker at the college’s 126th Commencement ceremonies held on Sunday, May 23.

The New York City Chapter of the National Football Foundation (NYC/NFF), host of the 2019 Cortaca Jug game being played between Ithaca College and SUNY Cortland, has announced that ticket sales have set a new all-time record for a Division III football game. With just over six weeks to go, sales have exceeded 39,000 tickets for the game, which will be played on Saturday, November 16, at 1 p.m. at MetLife Stadium, East Rutherford, New Jersey. The previous record of 37,355 was set in 2017 for a game held at Target Field in Minneapolis.

A $30 million gift — the largest to a single endowment fund Ithaca College has ever received — will facilitate access to the college’s Park Scholar Program, helping to ensure that high-achieving students from across the nation will continue dedicating themselves to making IC’s campus, the Ithaca community, and the world, a better place.

Laurie Koehler, a national leader with over two decades of experience in developing and establishing a vision and direction for student recruitment and marketing at higher education institutions, has been named vice president for marketing and enrollment strategy at Ithaca College. Koehler is currently serving as senior vice provost for enrollment and the student experience at George Washington University in Washington, DC. She will begin her new position at Ithaca College on Aug. 7.

Ithaca College Graduates Told They Have Great Responsibility to Next Generation

Mildred García, president of the American Association of State Colleges and Universities, told graduates at Ithaca College’s 124th Commencement ceremony that they have a profound responsibility to use the achievement of their degree to serve as a beacon of hope and opportunity for others. García delivered the main address to some 1,500 graduates at the ceremony on Sunday, May 19.

A national leader in higher education has been selected to speak at Ithaca College’s 124th Commencement ceremony on Sunday, May 19. Mildred García, president of the American Association of State Colleges and Universities (AASCU), will deliver the main address. She will also be awarded an honorary Doctor of Letters degree. García is the first Latina to lead one of the six Washington, D.C.–based higher education associations. As AASCU president, she works to influence federal policy and regulations on behalf of member colleges, universities and systems. AASCU represents nearly 400 institutions, whose members share a learning and teaching–centered culture, a historic commitment to underserved student populations and a dedication to research and creativity that advances their regions’ economic progress and cultural development.

People all over the world love blue jeans, but the process currently used to dye jeans with indigo can be harmful to the environment. Working with an Ithaca College student and colleagues from Virginia Commonwealth University and the University of Leeds, chemistry professor Mike Haaf recently developed a new, more environmentally friendly way to dye fabric with indigo.

The Division III football rivalry between Ithaca College and SUNY Cortland will reach new heights in 2019, when the annual Cortaca Jug game moves to MetLife Stadium — home to the NFL’s New York Giants and New York Jets. Once referred to by Sports Illustrated as “the biggest little game in the nation,” the contest will take place at the invitation of the New York City Chapter of the National Football Foundation (NFF).

Norman Lear, the producer and filmmaker who transformed the American cultural landscape with television shows like “All in the Family” and “The Jeffersons,” will be presented with the 2018 Rod Serling Award for Advancing Social Justice Through Popular Media on Thursday, Nov. 15.

Ithaca College President Shirley M. Collado has accepted an appointment to the Council of Presidents, an influential committee of the Washington-based Association of Governing Boards (AGB) of Universities and Colleges. The 27-member council represents the interests of the presidents and trustees of the AGB, and includes leaders ranging from large, statewide systems to small, private liberal arts colleges.

In a Portland Press Herald article about the increased presence of federal immigration authorities in Maine, Ithaca College associate professor Donathan Brown said that controversial enforcement methods alongside hostile political rhetoric can affect even immigrants with legal documentation or citizenship.

Despite being part of a generation that has come of age in an era fraught with conflict and unprecedented challenges, members of the Ithaca College Class of 2018 were urged to live their values and find ways to help those in need through gestures large and small. Daniel Weiss, president and chief executive officer of the Metropolitan Museum of Art, delivered the main address at Ithaca College’s 123rd Commencement ceremony on Sunday, May 20.

Ithaca College has made the important decision to transition its electricity supply exclusively to clean and renewable sources, significantly reducing its carbon footprint and helping move the college toward its goal of becoming carbon neutral.Since February 2018, 100 percent of the colleges electricity has been purchased from Green-e certified national wind farms.

Metropolitan Museum of Art President and Chief Executive Officer Daniel Weiss has been selected to deliver the main address at Ithaca College’s 2018 Commencement ceremony, scheduled for May 20. Weiss will also be awarded an honorary Doctor of Letters degree at the event.

A new study led by Kathryn Caldwell, an assistant professor of psychology at Ithaca College, demonstrates that homeowners can be encouraged to make changes to their energy use with a simple education plan and some helpful tricks from the world of social psychology.

In a new article in the journal Memory, entitled “The Robustness of False Memory for Emotional Pictures,” Ithaca College assistant professor Brandy Bessette-Symons shows that while under certain circumstances emotion can improve memory, it also makes it less reliable.

.Award-winning television producer/director Bill D’Elia ’69 and producer/writer David E. Kelley are this year’s recipients of the Rod Serling Award for Advancing Social Justice Through Popular Media. The goal of the Serling Award is to recognize modern media professionals’ work that raises awareness of prejudice, inequality and society’s changing social norms.

Collado is the second woman to hold the office, and the first person of color. She is also the first Dominican American to be named president of a college in the U.S.

Planting cannabis for commercial production in remote locations is creating forest fragmentation, stream modification, soil erosion and landslides. Without land-use policies to limit its environmental footprint, the impacts of cannabis farming could get worse, according to a new study published in the November issue of Frontiers in Ecology and the Environment.

The Ithaca College New York State Tuition Award will provide up to $6,000 per year to incoming students from New York who would qualify for the state’s Excelsior Scholarship program, which can only be used at a state school.

Expert Available to Testify on North Korea and U.S. Policy in East Asia

Ithaca College has become the fifth higher education institution in the BOLD Women’s Leadership Network, an intergenerational initiative focused on cultivating courageous leadership among college women who possess the skills necessary to move discourse forward on some of the most challenging social issues on their campuses and in their communities.

At Ithaca College's 122nd Commencement, producer/director Bill D'Elia told graduates not to let life constrict their choices. He drew lessons from his own career path, which took him from working at an ad agency to producing and directing award-winning television shows like "How to Get Away with Murder."

Music and voice major Jessica Voutsinas ’18 was singing the classic song “Over the Rainbow” to a resident at Longview — an adult residential facility near the Ithaca College campus — when the woman unexpectedly lit up and began telling stories about her life and children in a breakthrough of memory recall.

Revocation of Obama-Era Guidelines on Transgender Bathrooms in Schools: Expert Available for Comment