A Pennsylvania professor has created a formula to rank the nation's oil and gas companies based on their environmental impact.

In 2014-15, 13 percent of colleges and universities identified as Hispanic-Serving Institutions (HSIs) enrolled 62 percent of all Latino undergraduates in the U.S. according to Excelencia in Education’s annual analysis released today. The number of colleges and universities that meet the definition of HSIs in 2014-15 rose 7 percent from the previous year and are concentrated in 18 states.

Research from Texas Christian University suggests that some degree of head trauma occurs in American football athletes over the course of a season, even when a concussion does not, and there may be a way to lessen the dangerous effects.

As many as one in three first-year students never make it back for the sophomore year, according to the U.S. News & World Report, but Otterbein, a small, comprehensive liberal arts university located 15 minutes northeast of Columbus, Ohio, is bucking the trend, recording a retention rate of 81.1 percent this fall, its best figure in ten years. 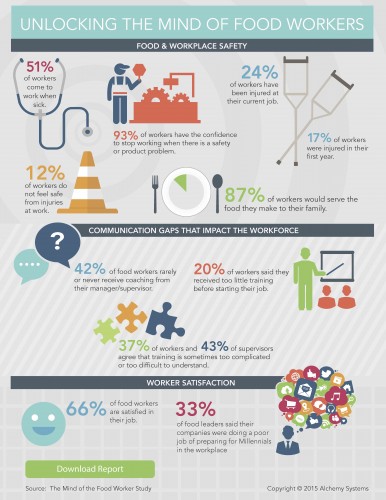 Electrical stimulation on the skin surface at the elbow can produce feeling in the hand—including rare “natural” sensations—according to a study just published in the Journal of Rehabilitation Research and Development. The hope is that surface electrical stimulation (SES) may someday be harnessed to provide “natural sensations” in body areas distant from where the stimulation occurs. If this could happen, it would lead to improved treatment for phantom limb pain, according to Katharine H. Polasek, assistant professor of engineering at Hope College in Holland, MI.

Poll: Freedom of Expression Reigns Supreme, Except in Cases of Threats

1 in 4 School Children Exposed to Violence from Weapons, Study Finds

The study, recently featured in the American Academy of Pediatrics Journal, reports one in four U.S. school children between the ages of 6-17 have been exposed to violence involving a weapon in their lifetime as either a victim or a witness. Those weapons included guns, knives, rocks and sticks.

Monkey see, monkey count—almost. New research from the University of Rochester shows that while monkeys don’t have words or symbols for numbers like we do, they do understand the basic logic behind counting—and that can show us how humans first learned to count.

A new Roanoke College study finds a gender difference in Facebook jealousy when it comes to emoticon usage.

A new Susquehanna University study challenges long-held assumptions about passive female roles in courtship and could have implications across species. 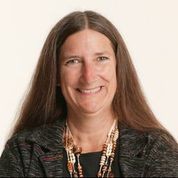 In a groundbreaking study published in the New England Journal of Medicine, Michigan State University’s Dr. Terrie Taylor and her team discovered what causes death in children with cerebral malaria, the deadliest form of the disease.

Five Ways to Get More Helpful Feedback from Employees

Unfortunately, there are still those in business who see having a female CFO as a “token.” But a new research study finds that not only does having a female CFO lead a company to more ethical tax decisions, but having female board members is also beneficial—and necessary—for ethical financial decision making. The study examined the associations between CFO gender, board gender diversity and corporate tax evasion through 20 years of data spanning 1991-2011. They found that women CFOs in the study were indeed less likely to evade taxes than their male counterparts, and they also confirmed that having a “critical mass” of women making up at least 30 percent of the board lets a company reap the benefits of gender diversity.

Evolutionary researchers have determined that settling for “Mr. Okay” is a better evolutionary strategy than waiting for “Mr. Perfect.” When studying the evolution of risk aversion Michigan State University researchers found that it is in our nature – traced back to the earliest humans – to take the safe bet when stakes are high, such as whether or not we will mate.

Visual Perception Problems May Be a Trait of Schizophrenia

While many Americans are open to compensating college athletes in some form, more Americans prefer to see colleges continue to treat athletes as amateurs who compete primarily for love of the sport and educational opportunities, not for pay. That’s according to a new national survey by the Saint Leo University Polling Institute

Survey of Perceptions of Homelessness Finds Evidence of Stigma

Treatments for homelessness are increasingly community-focused, yet little is known about whether those who are currently or formerly homeless are accepted by their communities.

Monkeys Know What They're Doing

New research shows that rhesus monkeys appear to have a sense of self-agency, or the ability to understand that they caused something to happen. This finding sheds light on the evolution of self-recognition and self-awareness in humans.

Once a Cheater, Always a Cheater?

A new study finds people who cheated on a partner were more than three times more likely to cheat again in their next relationship.

Cooperation Is Key to Stopping Sex Trade in India

Research finds an organized counter-force is necessary to confront human trafficking in a country where groups have struggled to work together.

What the 'Silent Treatment' Says About Your Relationship

A meta-analysis of 74 studies, including 14,000 participants, shows 'demand-withdraw' pattern is a sign of distress in relationships.

A study of more than 2000 companies that spanned over 13 years has found that board diversity curbs excessive risk taking and tend to pay more in dividends.

Some people find it easier to be their 'true selves' online, a new study says, but posting too much information on Facebook doesn't get users the validation they seek.

College students today are more entitled than they were five years ago, according to a national survey of 402 college and university career development professionals. But respondents do not see this as a negative indicator of students’ overall professionalism. The study was compiled by the Center for Professional Excellence (CPE) at York College of Pennsylvania.

Four Questions to Ask Before Paying for an Employee's Training

An employee asks you to pay for additional training that he says he needs to do his job better. How do you know that the training will benefit the company? Is he really asking you to fund skill building that will help him land a new job somewhere else?

Not Having Much Luck with Relationships? Be Humble, Study Finds

Researchers found that prospective dating partners who were more humble were viewed as more attractive candidates for a romantic relationship than those less humble. In long-distance relationships, partners who are viewed as humble tended to recover more quickly after offenses than their less humble counterparts, according to research released in the Journal of Positive Psychology.

Her Voice Is Hot, His Is Not

A nationwide study of children who have witnessed domestic violence found that parents or caregivers were physically injured in more than a third of the cases, yet only a small fraction of offenders went to jail and just one in four incidents resulted in police reports, according to new research published by the American Psychological Association.

A team of researchers from the business schools at Wake Forest University, Georgia State University, and the Miami University of Ohio, determined that misreporting of project statuses, at all levels of the company, is often to blame for corporate projects failing or ballooning in cost. Everything from cultural predispositions to career aspirations motivate people to misreport, according to the study published in MIT’s Sloan Management Review.

March Madness: Only One-Fifth of Americans in Tournament Pools, But 73 Percent Play for Money

Is the Modern American Death Penalty a Fatal Lottery?

New research finds only 3-6% of death-eligible defendants in Texas are actually sentenced to death.

Democrat Alex Sink leads Republican David Jolly 46-37 percent ahead of the March 11 special congressional election in the Pinellas, Florida-based 13th congressional district, according to a new poll released today by the Saint Leo University Polling Institute. Libertarian Lucas Overby would get 12 percent of the vote if the election were held today.

Researchers have found that exercise plays a role in how individuals feel they can manage their work-life balance.

Mom: “Don’t You Dare Look at Your Phone at the Table!”

According to the Saint Leo poll, 84 percent of Americans say they agree with a policy of not allowing smart phones and other handheld devices at the table during family dinner. That number climbed to 87 percent when a family has guests joining them for dinner—with women even less tolerant than men (89 percent of women compared to 84 percent of women) of phones when guests are present.

U.S.-Iran Nuclear Agreement Could Help with Problems in Syria and Iraq

The U.S. stands at the brink of its best chance for better relations with Iran than it has had in 34 years—a prospect that would avoid another Persian Gulf conflict. But the agreement with Iran on its nuclear program also could pay dividends in terms of the Syrian crisis and possible enlisting of Iranian support to stabilize Iraq and Afghanistan as the US draws down its military presence in the region.

Finger pricks may soon be a thing of the past for diabetics. Researchers at Western New England University have created a breathalyzer that may help control blood sugar by measuring the amount of acetone in the breath.

A study at Texas Christian University in Fort Worth has found that the attractiveness of others can have an impact on how much we lie or misrepresent and to the extent that we believe those lies/misrepresentations.

Report: Universal Access to Infrastructure Will Not Be Reached by 2060

Though countries will likely improve their infrastructure networks substantially in the future, the current path points to millions of people without access to basic infrastructure, even by 2060, a new report finds.

You Say He's Just a Friend, but Your Voice Says Differently

New research by Albright College finds that men and women alter their voices when speaking to lovers versus friends and that such variations can potentially be used to detect infidelity.

Hate the Sound of Your Voice? Not Really

An Albright College study finds people unknowingly find their own pre-recorded voice more attractive than others do.

Fracking for natural gas may negatively impact the value of homes near the drill site, according to a survey to be reported in a forthcoming issue of The Journal of Real Estate Literature.