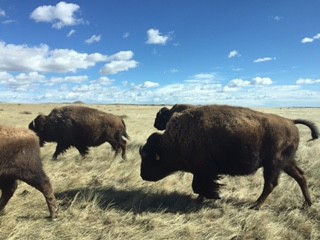 The island fox has made a remarkable comeback from the brink of extinction, with three of six populations on their way to becoming the fastest mammal recovered under the Endangered Species Act. But new Colorado State University-led research uncovers a hidden danger to the future viability of some island fox populations.

A Colorado State University study suggests that cannabis use significantly affects the ability to recognize, process and empathize with human emotions like happiness, sadness and anger. 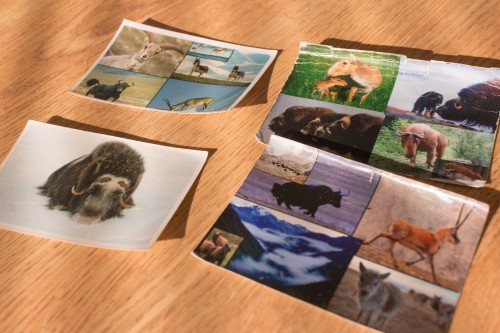 Joel Berger was nominated this month for the Indianapolis Prize, an internationally recognized gift award for researchers whose achievements will likely lead to long-term sustainability. He is a voice for animals that live in places he describes as “uncrowded playing fields.” 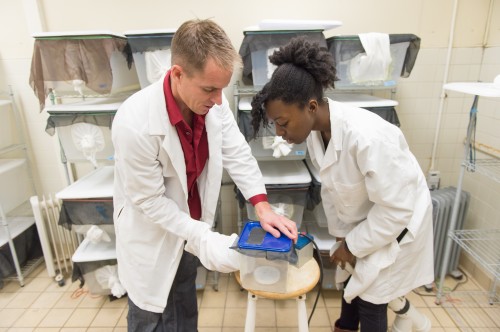 7 Things You Should Know About the Zika Virus

How concerned should you be about Zika virus? Colorado State University researchers weigh in on the topic. 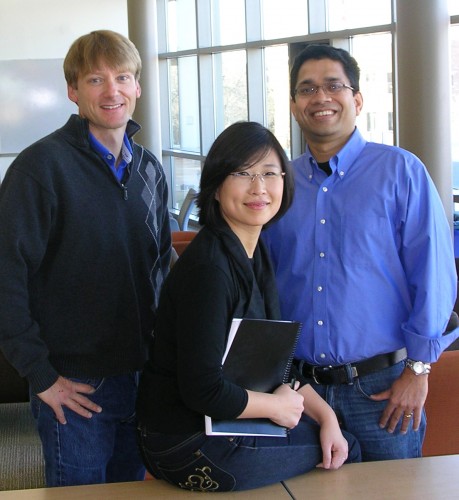 Planning for a Disease Outbreak? There’s a Game for That

Computer scientists and statisticians at Colorado State University are turning disease outbreak planning exercises into a game. They’re creating powerful new software that can predict, simulate and analyze a major disease outbreak – all in the form of an intuitive, multiplayer game. 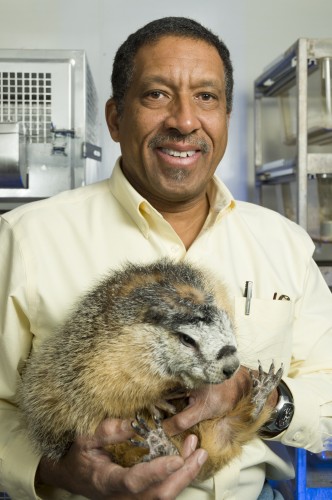 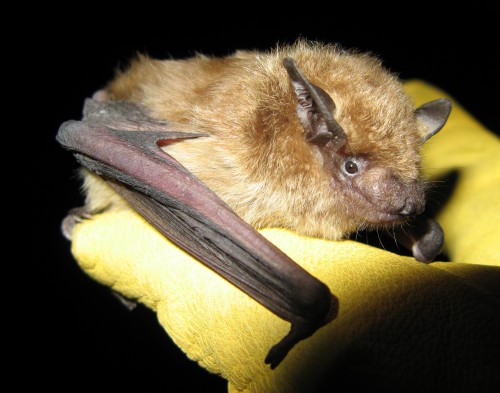 Bat body type, and the environmental conditions bats use in their hibernation sites, may explain species differences in bat mortality from white-nose syndrome, according to a Colorado State University-led study. 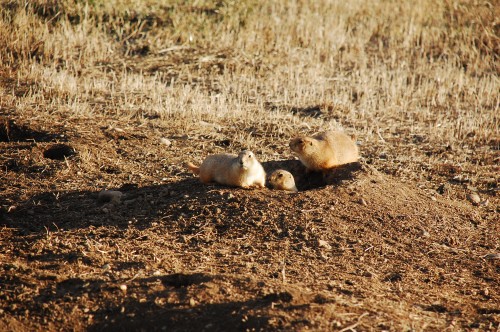 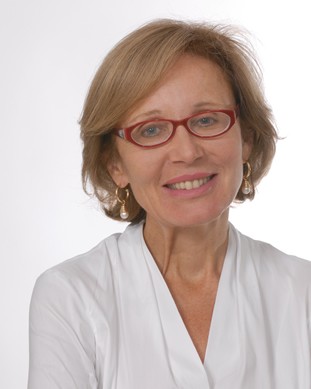 Why White, Older Men Are More Likely to Die of Suicide

An important factor in white men’s psychological brittleness and vulnerability to suicide once they reach late life may be dominant scripts of masculinity, aging and suicide, a Colorado State University psychology researcher says. 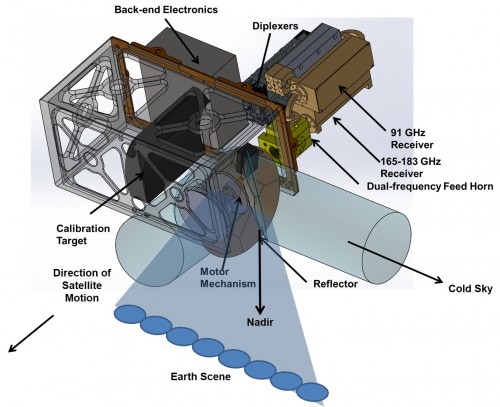 Colorado State University researchers are creating the next generation of environmental monitoring satellites, at a hundredth the size and weight scale.

A one-of-a-kind instrument built at Colorado State University lets scientists map cellular composition in three dimensions at the nanoscale, allowing researchers to watch how cells respond to new medications at the most minute level ever observed. 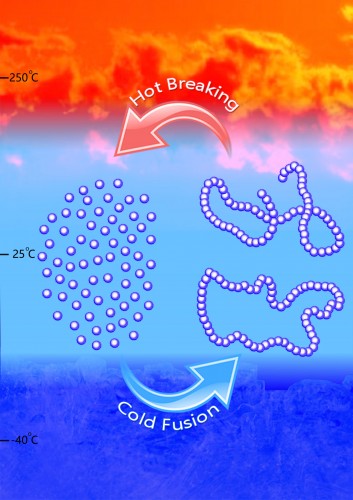 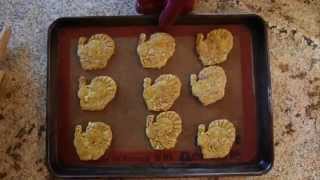 Pets Will Thank You for Pumpkin Treats this Holiday Season

Your dog will "gobble" up these easy-to-make pumpkin snacks. Recipe approved by Colorado State University veterinarians and Porter, the dog. 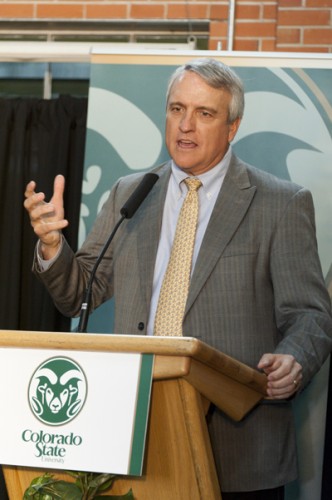 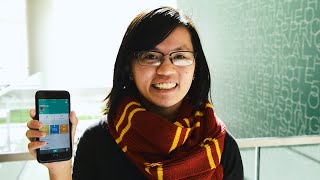 Colorado State University students are helping the City of Fort Collins with market research on a mobile app, “Lose a Watt,” that encourages sustainable behaviors. 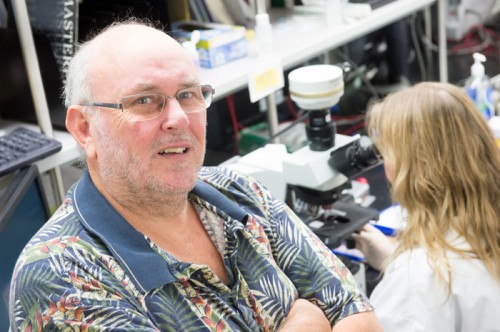 A Colorado State University-led team is developing a service that can sniff out, ward off and protect against large-scale online attacks known as Distributed Denial of Service, or DDoS, attacks. 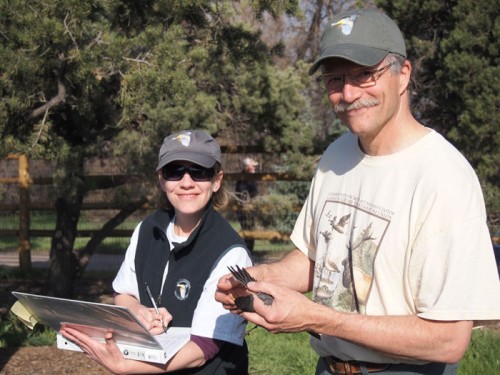 A new study led by Colorado State University finds that the West Nile virus is killing birds — more so than previously thought — in the short- and long-term.

The researchers report a single chemical reaction that couples two constituent chemicals into a carbon-carbon bond, while simultaneously introducing a nitrogen component. 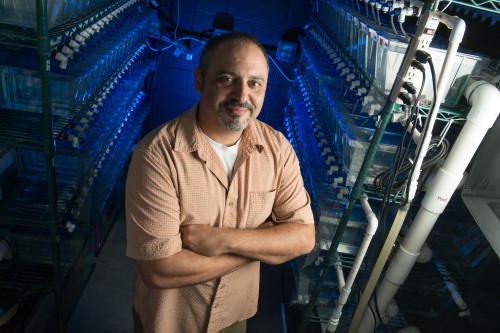 Results of a groundbreaking Colorado State University study which were published this week in the journal Nature, show that guppies from transplanted populations initially respond to a lack of predators with coping mechanisms that include changes in the expression of genes in the brain; some of the changes were beneficial, while others were disadvantageous. When the researchers compared how the brains of the introduced guppies evolved to incorporate the initial coping responses, they found that the genes that exhibited the initially maladaptive responses evolved rapidly to allow future generations to thrive better in the new environment. The study, which is funded by the National Science Foundation, is being hailed as groundbreaking.

The following experts are available to discuss a variety of topics related to the mine waste spill that has impacted the Animas River in southwestern Colorado. These experts are available for media interviews; this list is not intended to serve as public contact information. For more information or to contact a Colorado State University expert on any of the following topics, call the communications coordinator listed for each expert.

Colorado State University’s Biopharmaceutical Manufacturing and Academic Resource Center (BioMARC) has been awarded $2 million by the U.S. Department of Defense (DoD) to aid in the development and manufacturing of a vaccine to protect against infection by filoviruses, including the Ebola and Marburg viruses. 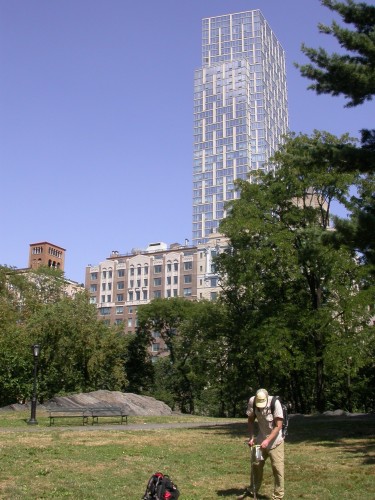 Researchers led by Colorado State University uncovered more than 167,000 kinds of bacteria, archaea and eukaryotes in the soil beneath one of the nation's iconic urban environments. That’s 260 times as many species of birds, plants and invertebrates that live in the Park - combined. 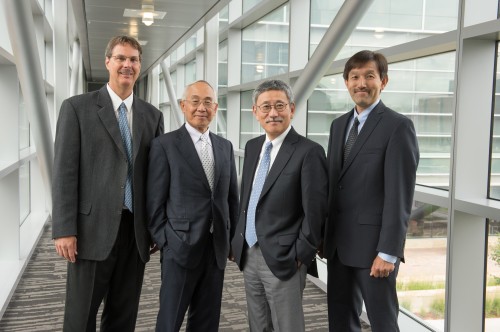 Colorado cancer researchers and medical doctors are launching a feasibility study on building the nation’s first carbon-ion radiotherapy research and treatment facility, where they hope to investigate and provide leading-edge therapy that is effective against the deadliest cancers and now is available only in Europe and Japan. 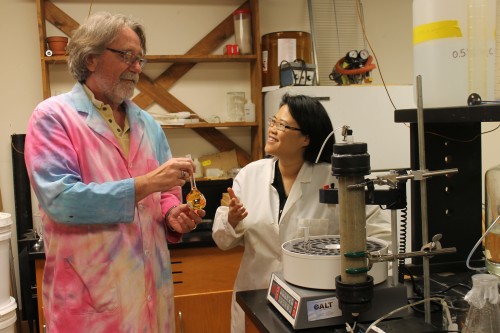 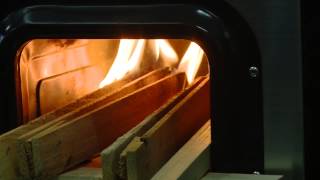 Colorado State University is hosting an intensive laboratory testing campaign for biomass cookstoves this month as part of a $1.5 million study on the air quality, climate and health effects of cookstove smoke. 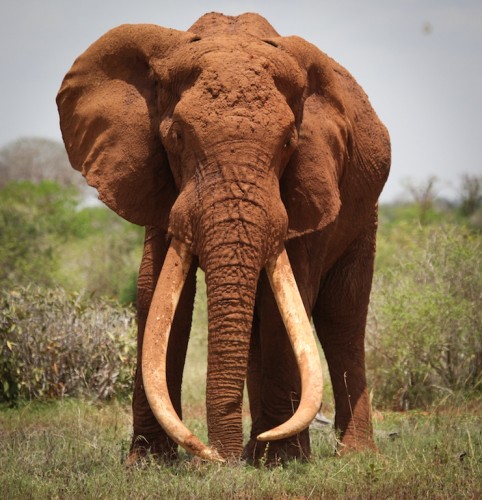 New research led by Colorado State University has revealed that an estimated 100,000 elephants in Africa were killed for their ivory between 2010 and 2012. The study shows these losses are driving population declines of the world's wild African elephants on the order of 2 percent to 3 percent a year.

Imagine a targeted radiation therapy for cancer that could pinpoint and blast away tumors more effectively than traditional methods, with fewer side effects and less damage to surrounding tissues and organs. That’s the reality with a treatment called carbon ion radiotherapy, an option that is, for now, available only outside the United States.

The U.S. Department of Agriculture today released a report that, for the first time, provides uniform scientific methods for quantifying the changes in greenhouse gas (GHG) emissions and carbon storage from various land management and conservation activities. Colorado State University faculty members served as authors and external science advisors on the new report, and a CSU team is leading the implementation of a new online tool that provides customized GHG reports and management plans in accordance with the new guidelines. 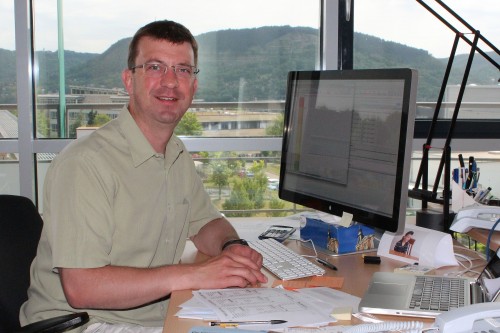 As the election season continues and Colorado prepares for the 2008 Democratic National Convention, Colorado State University has experts available to discuss a variety of topics related to politics and issues that are going to be discussed throughout the election process.

Genes Previously Thought Not to Function May Hold Key Information About Disease, Aging

Genes that scientist believe are turned off are actually functioning at a low level that has previously been undetected, a discovery that could help answer questions about chronic disease and aging.

Experts can discuss cutting-edge reproduction research and translational medicine between equine reproduction and human reproduction. Topics include newly discovered causes of sexual dysfunction, how mammals recognize that they are pregnant, factors affecting fetus sex differentiation, affects of aging, and selection the sex of offspring.

An bacteria and infectious diseases expert argues that all living things must have infections to thrive. Anti-bacterial products are changing how immune systems, gastrointestinal systems and even nervous systems develop and function. Recent research shows that society's anti-bacterial crusade may contribute to asthma and allergies - and perhaps even mental illnesses.