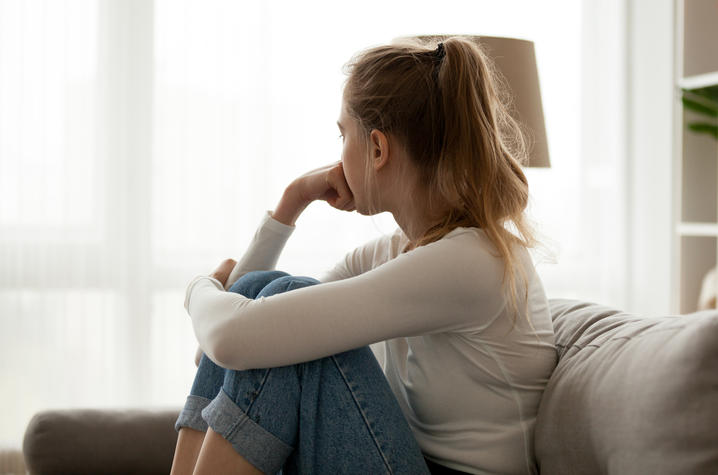 In the Q&A session below, Michelle Martel, a psychology professor in the College of Arts and Sciences at the University of Kentucky, shares her expertise and offers tips for helping your child cope with COVID anxiety. 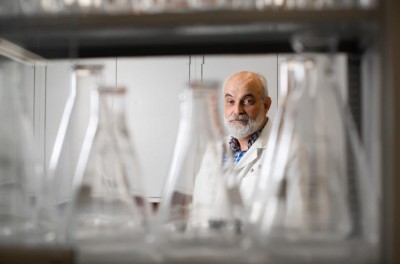 At a time when incidence of Lyme disease is rising across the U.S., a study led by University of Kentucky College of Medicine researcher Brian Stevenson, Ph.D., may provide a significant impact in the fight against the disease. A new study will build upon Stevenson's three decades of research aimed at understanding Borrelia burgdorferi, the bacteria that causes Lyme disease.

Reopening Anxiety? Here’s How to Overcome it According to University of Kentucky Experts

For nearly a year, we relied on masks to help prevent the spread of COVID-19. Now, many are removing the facial coverings, but that doesn’t mean it will be easy to shed the anxiety that accompanies a global pandemic. If you’re having difficulty coping with this added stress, psychology experts at the University of Kentucky say you’re not alone.

Virologist Shares What We Know About COVID-19

Today, Juneteenth — which celebrates the abolition of slavery — coincides with protests across the U.S. against racial injustice. Society has become inspired to renew their interest in African American history — a legacy filled with tragedy, inequality, resilience and survival. In a Q&A session, UK's Vanessa Holden shares her expertise and insight on the holiday.

How Will COVID-19 Impact the 2020 Election? University of Kentucky Experts Have Insight

While the 2020 general election is still more than six months away, the COVID-19 pandemic has sidelined much of the presidential campaign. Meanwhile, state and county officials across the U.S. are already preparing ways to allow voters to cast their ballots safely. University of Kentucky faculty members with expertise in politics have been closely monitoring the evolving situation.

As Tony Love, assistant professor of sociology in the UK College of Arts and Sciences, stresses in the Q&A below, it’s important to stay socially connected — even during times when we can’t physically be together.

University of Kentucky professor Ann Stowe’s research may pave the way to understanding and improving how the brain recovers from stroke.

Bah, Humbug? Psychology Expert on How to Cope With Holiday Stress

'Tis the season to be merry and bright! But you may be feeling less than joyful during the "most wonderful time of the year." Do you experience stress, anxiety or even depression from November to January? If so, you're not alone.

UK researcher Don Helme is partnering with the Kentucky Attorney General’s office to gauge public opinion on a new drug deactivation pouch, part of a larger effort to develop solutions to the state’s opioid epidemic. Four counties have received Deterra, the deactivation pouch.

Dr. Michelle Lofwall was among the experts tapped to assist in the development of guidelines regarding the use of medication in the treatment of opioid use disorder.

How Is an Olympian's Heart Different?

In this video, Dr. Vincent Sorrell of the Gill Heart & Vascular Institute at the University of Kentucky describes how an athlete's heart evolves to accommodate increased demand.

University of Kentucky professor Glen Mays provides commentary on the Health Security Preparedness Index, which measures the ability of the U.S. government to respond to disasters.

Know the Signs to Preventing and Treating Joint Pain

"Election Law Stories," edited by election law expert Joshua Douglas and Eugene D. Mazo, offers a deep-dive into the most significant cases in election law across the nation.

The two University of Kentucky linguists created ancient languages of more than 40,000 words with established grammar, syntax and structure to breath life into the recently released video game Far Cry Primal, by Ubisoft. The professors say the game and its languages are important to the academic world because 1) it's the first time Proto-Indo-European has been used as a living language since it was spoken thousands of year ago and 2) it's the first time any video game creator included a constructed, prehistoric language in the game.

After a motorcycle accident at age 19 left Sasha Rabchevsky paralyzed from the chest down, he pursued a career of discovery to understand his condition and if not cure it, figure out why there is no cure.

New Class of Drugs Might Change the Landscape for Migraine Treatment

New Cholesterol Drug Could Improve Cardiovascular Health….But Will Insurers Pay for It?

In clinical trials, a new drug class known as PCSK9 Inhibitors reduced bad cholesterol markedly and is expected to be approved by the FDA this summer. An expert in lipid management discusses some of the barriers to its use.

Parenting Beyond Pink and Blue

From the first day of their lives, most boys and girls are treated differently. Those differences begin with a pink versus blue nursery, clothes with laces rather than ribbons, sports equipment or dance lessons, and on and on right through to “manly” careers versus “feminine” jobs.

Rusty Barrett, an expert on Mayan culture, weighed in on how the Mayan calendar works, discussed his research with the Mayan population, and shared his observations of the Maya's reactions to the idea that the world will end on Dec. 21, 2012.

Professors from University of Kentucky's College of Arts and Sciences and Patterson School of Diplomacy and International Commerce are available to comment on the reported death of former Libyan leader Moammar Gadhafi.

Experts are available to comment on the current debt limit debate and the economic impacts a default could cause.

Professors from University of Kentucky's College of Arts and Sciences and Patterson School of Diplomacy and International Commerce are available to comment on the recent death of Osama bin Laden and its impact on the war on terrorism and the psyche of the American public.

Professors Available for Comment on Japan Earthquake/Tsunami and Nuclear Crisis

Professors from University of Kentucky's College of Engineering and Department of Physics and Astronomy are available to comment on Japan’s nuclear crisis. A scientist from Kentucky Geological Survey and professors from the University of Kentucky's College of Arts and Sciences, are available to comment on the earthquake and tsunami that devastated Japan on Friday, as well as the tsunami warnings that affect the islands in the Pacific, including Hawaii.

Professors from University of Kentucky's College of Arts and Sciences and Patterson School of Diplomacy and International Commerce are available to comment on the intensifying situation in Libya and provide context for associated uprisings in Bahrain, Iran, Morocco and Yemen.

Experts Available in Regard to Arizona Shooting

Professors are available to comment on various topics surrounding this weekend's shootings in Arizona, including how the press handled the news with advent of social media, America's increasingly heated political rhetoric, and brain injuries and recovery.

Al Cross, director of the University of Kentucky's Institute for Rural Journalism and Community Issues, recently testified to the Postal Regulatory Commission that ending Saturday mail would hurt rural America.

BP's communications efforts during the oil spill are haunted by the company's past public relations mistakes, and a history of safety failures.

How Did Elena Kagan Do?

Wondering how Supreme Court nominee Elena Kagan performed under Senate scrutiny? UK political science professor Justin Wedeking has the answers and analysis to back it up.

A recent CDC study ranks Kentuckians as experiencing the highest rate of frequent emotional distress in the country - a surprise to many. Psychologist C. Nathan DeWall of the University of Kentucky sheds some light on what is stressing out the citizens of the Bluegrass state.

Ambassador (ret.) Carey Cavanaugh, who worked under Clinton and Bush, is available to discuss diplomacy under the Obama administration.

Experts in heart health, from the lab to the clinic exam room, are available for interview at the American Heart Association Scientific Sessions in New Orleans this week and next week.

Feminist Theorist Bordo Comments on Sex and the City

Susan Bordo, professor of Gender and Women's Studies and English at the University of Kentucky is available for comment on issues raised by the Sex and the City movie phenomenon, including representations of the female body, appearance and beauty and feminism.

Rodney Andrews at the University of Kentucky Center for Applied Energy Research can discuss the status of energy research programs and feasible alternatives to oil.