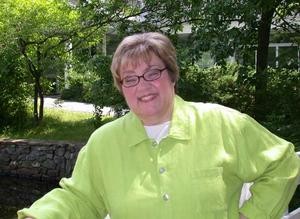 Fifty years ago this month, Soviet cosmonaut Valentina Tereshkova became the first woman in space. It took the U.S. until June 18, 1983 to send a woman into space, despite training 13 women in the early 1960s.

The Changing Face (and Heart) of Courtship

New courtship rituals are changing the experiences partners bring to a romantic relationship, which may influence what happens in that relationship, says Katherine (KC) Haydon, assistant professor of psychology and education at Mount Holyoke College.

Partners each bring a suitcase of prior experiences to a relationship, which may influence what happens in their current relationship, says Katherine (KC) Haydon, assistant professor of psychology and education.

Conversations about personal identity may be difficult to have, but faculty in higher education should be prepared to consider how those issues affect both the way they teach and the way students learn.

Media, Politics, and Democracy: In the Election Season

What role do Bill O’Reilly, Rachel Maddow, Sean Hannity, and Jon Stewart play in shaping public opinion during an election? Is their impact positive or negative? Professor Eleanor Townsley, an expert on the role and influence of media opinion expressed on television and radio shows and in print, recently wrote The Space of Opinion, Media, Intellectuals and the Public Sphere (co-authored with Ron Jacobs, Oxford, 2011). Looking at the growing influence and partisanship of opinion formats in political journalism, she argues these formats are not necessarily bad for democracy.

As the world prepares to observe the 10th anniversary of the terror attacks, Mount Holyoke College Professor Karen Remmler is available to discuss mourning, remembrance and the new National September 11 Memorial.

Vincent A. Ferraro, a specialist in international relations and American foreign policy at Mount Holyoke College, is available to comment on what Osama Bin Laden’s death means for the future of U.S. relations with both Pakistan and Afghanistan, as well as the impact that Bin Laden’s death will have on the war on terror.

As millions of Americans enjoy the annual celebration of baseball known as the World Series, most have no idea "the best baseball player you've never heard of" was the woman who replaced Hank Aaron in the Negro Leagues.

NASA researcher Darby Dyar, associate professor of astronomy at Mount Holyoke College, is available to discuss the existence of water on the Moon.

Faculty from the Department of Environmental Studies at Mount Holyoke College offer expertise in climate change and are available for interviews on scientific and socio-political topics related to global warming.