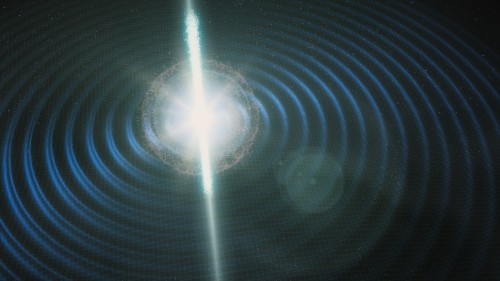 A team of scientists using the Dark Energy Camera (DECam), the primary observing tool of the Dark Energy Survey, was among the first to observe the fiery aftermath of a recently detected burst of gravitational waves, recording images of the first confirmed explosion from two colliding neutron stars ever seen by astronomers.