Latest News from: Moscow Institute of Physics and Technology (MIPT) 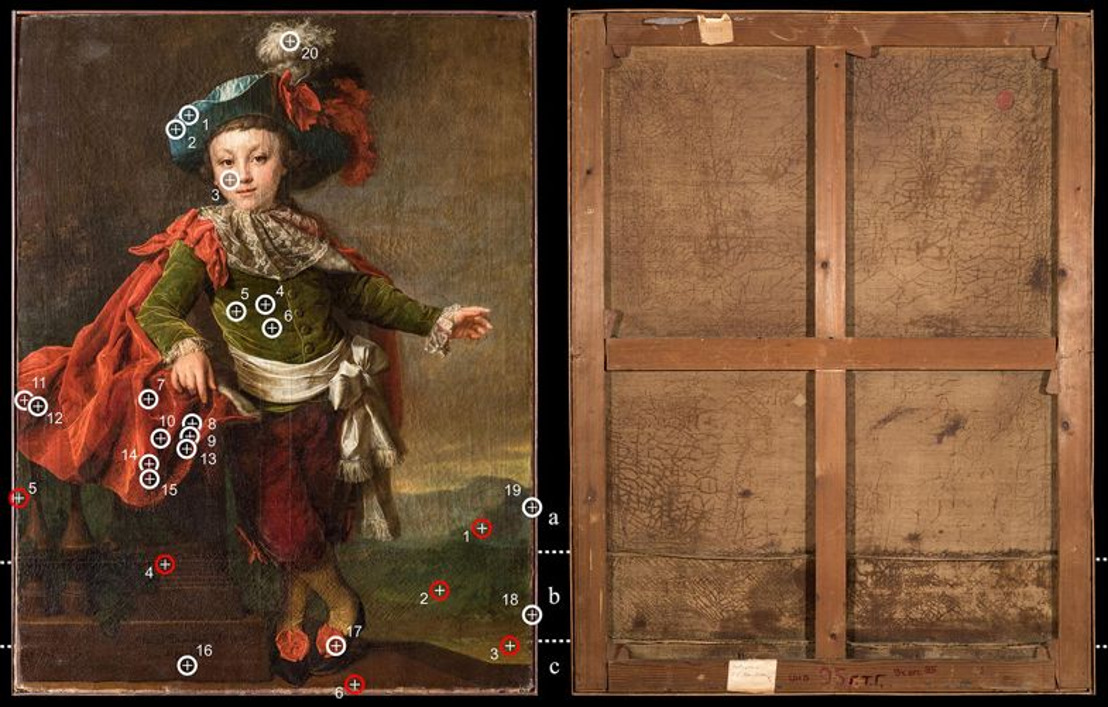 Russian researchers from the Moscow Institute of Physics and Technology, Kurnakov Institute of General and Inorganic Chemistry of RAS, and Russia’s famed Tretyakov Gallery have conducted a comprehensive preconservation study of “The Portrait of F.P. Makerovsky in a Masquerade Costume” (1789) by the Russian painter Dmitry Levitsky. The paper was published in the journal Heritage Science.

Sun, wind, and hydrogen: New Arctic station will do without diesel fuel

The Moscow Institute of Physics and Technology (MIPT) has initiated a project of the Russian Federation called “Arctic Hydrogen Energy Applications and Demonstrations” (AHEAD) in the Arctic Council’s Sustainable Development Working Group (SDWG). The project is supported by the Russian Ministry of Science and Higher Education, the Ministry of Foreign Affairs, the Ministry for the Development of the Russian Far East and Arctic, the governor of Yamalo-Nenets Autonomous Okrug, and the EnergyNet infrastructure center of the National Technology Initiative.

Russian expert is ready to comment on the coronavirus

A storm of hype or a wind of hope? Russian climate expert comments on climate change

A team of researchers from the Space Research Institute of the Russian Academy of Sciences (RAS), the Institute for Water and Environmental Problems of the Siberian Branch of RAS, and the Moscow Institute of Physics and Technology (MIPT) has proposed a way to determine soil freezing depth based on satellite microwave radiometry. The findings were published in Studying the Earth From Space*, a Russian-language journal of RAS.

Russian geophysicist available for comment on giant earthquake in California

Russian researchers from the Moscow Institute of Physics and Technology (MIPT) and Valiev Institute of Physics and Technology have demonstrated resonant absorption of terahertz radiation in commercially available graphene. This is an important step toward designing efficient terahertz detectors, which would enable faster internet and a safe replacement for X-ray body scans.

Russian engineers ready to ‘light up’ a lamp revolution

Researchers from the Moscow Institute of Physics and Technology and Lebedev Physical Institute of the Russian Academy of Sciences have designed and tested a prototype cathodoluminescent lamp for general lighting. The new lamp, which relies on the phenomenon of field emission, is more reliable, durable, and luminous than its analogues available worldwide. The development was reported in the Journal of Vacuum Science & Technology B.

Obesity? Just turn it off!

Scientists dissolve crude oil in water to study its composition

Researchers from MIPT, Skoltech, the Joint Institute for High Temperatures of the Russian Academy of Sciences, and Lomonosov Moscow State University have offered a new approach to oil composition analysis. They used high temperature and pressure to dissolve oil in water and analyze its composition. The new method is compliant with the green chemistry principle as it makes it possible to avoid using environmentally hazardous solvents.

Researchers from the Moscow Institute of Physics and Technology and their colleagues from Germany and the Netherlands have achieved material magnetization switching on the shortest timescales, at a minimal energy cost. They have thus developed a prototype of energy-efficient data storage devices.

A team of biophysicists has discovered and studied the structure of the KR2 rhodopsin under physiological conditions. This pioneering work breaks ground for a future breakthrough in optogenetics, a highly relevant area of biomedicine with applications in neurological disease treatment and more. The fundamental discovery will lead to a new instrument for efficient therapy of depression, anxiety disorders, epilepsy, and Parkinson’s disease.

Researchers found out that the Arctic does not lose ice uniformly. Different seasonal patterns are at play depending on region: From the early 2000s, the ice cover in the Eurasian Arctic has been shrinking even in the winter period, while the American region only lost ice in the summer. The team explains this in terms of seasonal memory: a response of the winter ice cover to the atmospheric conditions in the previous summer.

Astronomers find quasars are not nailed to the sky

Until recently, quasars were thought to have essentially fixed positions in the sky. While near-Earth objects move along complex trajectories, quasars are so remote that they were believed to offer stable and reliable reference points for use in navigation and plate tectonics research. Now, an international team of astrophysicists featuring researchers from the Moscow Institute of Physics and Technology has found that quasars are not entirely motionless and explained this behavior.

Superinjection, the effect used in lasers and LEDs creation can work in "pure" semiconductors, which was previously considered impossible. This opens up new prospects for designing highly efficient blue, violet, ultraviolet, and white LEDs, as well as light sources for optical wireless communication (Li-Fi), new types of lasers, transmitters for the quantum internet, and optical devices for early disease diagnostics.

Moscow Institute of Physics and Technology gets bronze medal at ICPC

Moscow Institute of Physics and Technology will host 2020 ICPC finals

Moscow has been selected as the venue for the International Collegiate Programming Contest in June 2020. ICPC is the oldest and most prestigious competitive programming event worldwide. Next year’s finals will be organized by the Moscow Institute of Physics and Technology with the support of RDI Creative.

Researchers from the George Washington University and the Moscow Institute of Physics and Technology have developed a solution for multiparametric optical mapping of the heart’s electrical activity. This technique is a useful tool for enhancing our understanding of the mechanisms behind cardiac arrhythmias. Arrhythmia causes your heart to beat too quickly, too slowly or erratically. Hijacking the heart’s vital rhythm and pumping function can have serious consequences like a stroke or cardiac arrest.

Researchers from Russia teamed up with colleagues from the U.S. and Switzerland and returned the state of a quantum computer a fraction of a second into the past. They also calculated the probability that an electron in empty interstellar space will spontaneously travel back into its recent past.

There are two cannabinoid receptors (CB1 and CB2) in the human body that can be targeted to alleviate certain pathological conditions, including chronic pain. While the CB1 receptors are mostly found in the nervous system and are responsible for psychoactive effects, the CB2 receptors are predominantly present in the immune system. Studies indicate that CB2 is a promising target for immunotherapy, as well as treating inflammatory and neuropathic pain, and neurodegenerative diseases. It has also been shown that molecules blocking CB2 can reduce tumor growth. 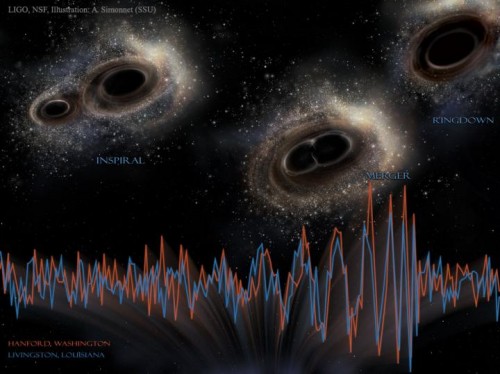 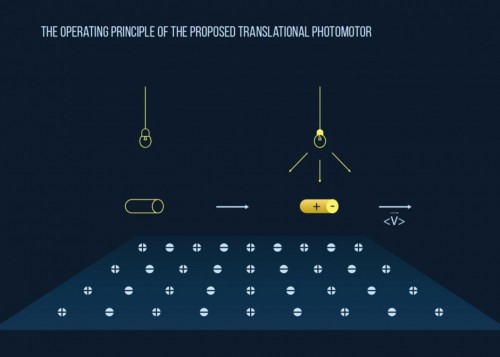 Researchers from Russia and Ukraine propose a nanosized motor controlled by a laser with potential applications across the natural sciences and medicine.

First-ever study to demonstrate the viability of an alternative remagnetization technique that could be used in ultrafast computer memory, instead of the conventional method that relies on external magnetic fields. 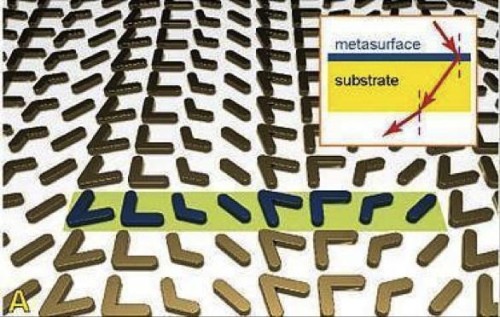 A New Metamaterial Will Speed Up Computers

Scientists have proposed a metasurface for the anomalous scattering of visible light.