Latest News from: The Electrochemical Society

Pennington, NJ – The Electrochemical Society (ECS) seeks nominations for the founding Editor-in-Chief (EIC) of ECS Sensors Plus, a new journal being launched in 2021. The EIC, together with the Editorial Board, ensures the smooth operation and success of the Journal. Nomination submissions are accepted as of May 18, 2021, via the EIC Sensors Plus Nominations Form (available as of May 18) and must be received by June 17, 2021.

Electrochemistry of Platinum: New Views on an Old Problem

Impact of Micro-/Nano-Electronics, Miniaturization Limit, and Technology Development for the Next 10 Years and after

The Electrochemical Society (ECS) celebrates its fifth annual Free the Science Week from April 5-11, 2021, by taking down the paywall to the ECS Digital Library. Throughout the week, the Society’s online collection of published research is freely accessible to everyone. The ECS Digital Library is hosted on IOPscience and includes over 160,000 scientific journal and magazine articles and meeting abstracts, and the Journal of The Electrochemical Society, the oldest peer-reviewed journal in its field.

The long-anticipated fourth edition of Electrochemical Systems by John Newman and Nitash P. Balsara is now available.* The fourth edition updates all of the chapters, adds content on lithium battery electrolyte characterization and polymer electrolytes, and includes a new chapter on impedance spectroscopy. The authors spoke with ECS in a Q&A session about the recently published book.

ECS is proud to announce that the 240th ECS Meeting will take place at the Orange County Convention Center in Orlando, FL, from October 10-14, 2021. The Electrochemistry in Space Symposium is a highlight of the meeting, among other events. Learn more!

ECS Celebrates the International Day of Women and Girls in Science

The Electrochemical Society fosters full and equal access to, and participation in, science for women and girls. To mark February 11—designated the International Day of Women and Girls in Science by the United Nations—the Society salutes women’s critical role in advancing electrochemistry and solid state science and related technologies—and the Society.

For Immediate Release Pennington, NJ – The Electrochemical Society (ECS) is proud to announce that the 17th International Symposium on Solid Oxide Fuel Cells (SOFC-XVII) takes place in Stockholm, Sweden, from 18-23 July, 2021. The ECS High-Temperature Energy, Materials, & Processes Division and The SOFC Society of Japan are the meeting co-sponsors. 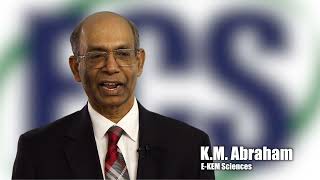 Life and Livelihood as the Pandemic Drags On

When we started on our COVID-19 interview series, no one knew how long the pandemic would last or the long-term impact it would have on our community. As we approach the end of a year of living in the shadow of COVID-19, we thought it useful to follow up with some of our interviewees. We learned that research, collaboration, teaching, and learning are continuing to evolve—along with the challenges of distance learning, meeting, and life. 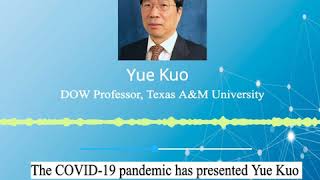 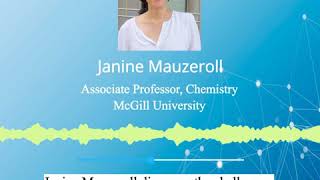 In our series, The ECS Community Adapts and Advances, Janine Mauzeroll reflects on balancing professorship and motherhood while home schooling and dealing with loss. Janine is Associate Professor of Chemistry at McGill University, Canada. She received her PhD at the University of Texas at Austin, US, and did her postdoc at the Université de Paris, France. 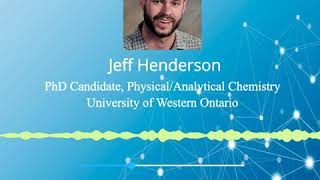 In our series, The ECS Community Adapts and Advances, Jeffrey “Jeff” Henderson opened up about what he and his colleagues are worrying about—and some tips to getting through this unprecedented period. Jeff is a PhD candidate in Physical/Analytical Chemistry under the supervision of Professors Jamie Noël and David Shoesmith at the University of Western Ontario (Western), Canada. 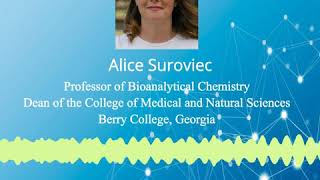 For our series, The ECS Community Adapts and Advances, Alice Suroviec describes pandemic-related challenges—and benefits—of being a mother, professor, scientist, researcher, administrator, homeschooler, and crisis manager. Alice is Professor of Bioanalytical Chemistry and Dean of the College of Medical and Natural Sciences at Berry College, Georgia, U. 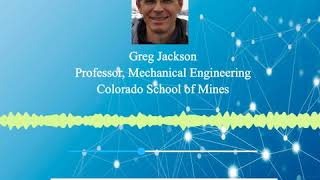 In our series, The ECS Community Adapts and Advances, Greg Jackson reflects on changing perceptions of science and difficulties meeting goals in the shadow of COVID-19. Greg is professor of mechanical engineering at the Colorado School of Mines (CSM). His research group focuses on solar energy storage in solid-oxide electrochemical systems. 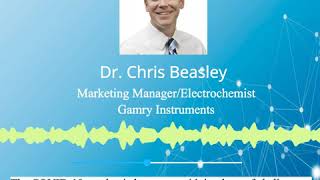 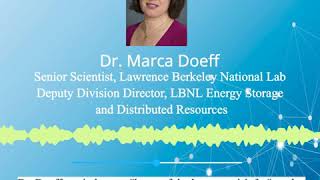 Dr. Marca Doeff - Focusing on the Bright Side 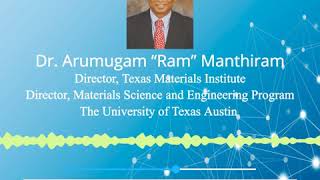 In ECS series, The ECS Community Adapts and Advances, Dr. Arumugam “Ram” Manthiram shares how he is in awe of his research team's ability to remain creative and productive amidst to COVID-19 pandemic. He also urges the science community to be proactive in confronting the pandemic and climate change challenges threatening the global community. 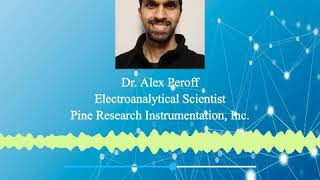 In our series, The ECS Community Adapts and Advances, Alex Peroff spoke to us from his home office. Whereas travel used to be the largest part of his job, now he focuses on developing content and meaningful communication. Alex joined Pine Research Instrumentation, Inc. as an Electroanalytical Scientist in 2016 after completing a PhD at Northwestern University. 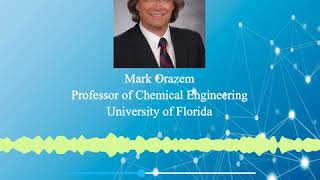 Adjusting to a Changed World

In our series, The ECS Community Adapts and Advances, Mark Orazem recounts how he made good use of a sabbatical year that didn’t turn out to be anything like he expected. Currently Professor of Chemical Engineering at the University of Florida (UF), he was officially on leave for the 2019-2020 academic year. He is returning to a very different environment than he left a year ago. 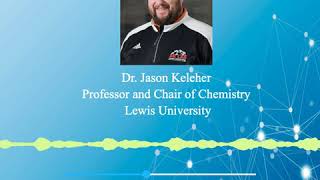 Give and Take during the Pandemic

The pandemic sent shockwaves through the academic community. Some institutions are weathering the storm better than others. At Lewis University (LU), Professor Jason Keleher and his students, Carolyn Graverson, Abigail “Abby” Linhart, and Katie Wortman-Otto, are optimistic. In our series, The ECS Community Adapts and Advances, they share their COVID-19 experiences and hopes for the future. 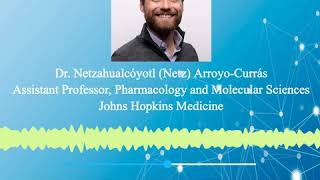 ECS Community on the Frontline of COVID-19 Research

In our series, The ECS Community Adapts and Advances, Netzahualcóyotl (Netz) Arroyo-Currás talks about his lab’s challenge as part of the pandemic response of Johns Hopkins Medicine, which is at the forefront of COVID-19 research. Soon after classes went online and labs were shuttered, his team shifted gears to quickly design a COVID-19 diagnostic device to help meet the urgent need to re-open work and study environments. 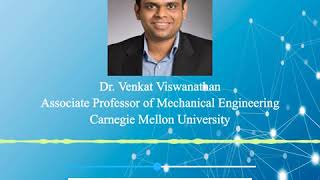 In our series, The ECS Community Adapts and Advances, Venkat Viswanathan shares stories of unexpected opportunities and inspiration. To help early career researchers make progress while labs are shuttered and new lab work isn’t possible, he is creating opportunities to showcase their latest work to academic and industry. 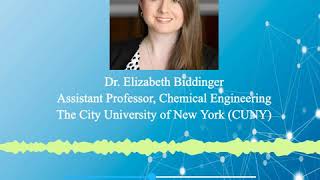 The ECS Community Adapts and Advances

In our series, The ECS Community Adapts and Advances, Marion Jones describes the caring and concern characterizing her lockdown experience. She reports feeling supported by her North Carolina-based employer and the ECS community, allowing her to pay it forward by helping customers and caring for her family during this period of disruption. 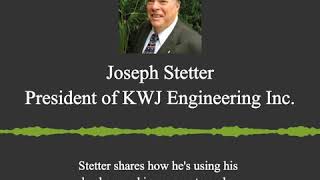 Tackling COVID-19 with Optimism and Ingenuity

Joe Stetter is an optimist, inventor, entrepreneur, and owner of two small businesses that stayed open through the lockdown. KWJ Engineering and Spec Sensors manufacture essential health and safety sensors with medical and industrial applications. In our series, The ECS Community Adapts and Advances, Joe shares the challenges of doing business “not as usual”, and reports on a research collaboration he mobilized to improve PPE sterilization for COVID-19 frontline workers. 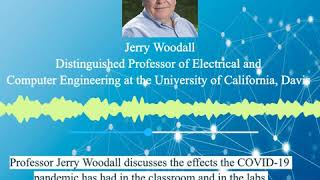 Impacting the Human Condition and the Planet

In our series, The ECS Community Adapts and Advances, Jerry Woodall shares insights from his long career working in industry and academia. An inventor and scientist, Jerry is best known for developing the first commercially-viable red LEDs used in automobile brake lights and traffic lights, CD/DVD players, TV remote controls, and computer networks. He received the US National Medal of Technology and Innovation for “his pioneering role in the research and development of compound semiconductor materials and devices.” Currently Distinguished Professor of Electrical and Computer Engineering at the University of California, Davis (UC Davis), Jerry served as ECS President from 1990-1991. ECS awarded Jerry the Electronics Division Award (1980), Solid State Science and Technology Award (1985), Edward Goodrich Acheson Award (1998), and named him a Fellow of The Electrochemical Society (1992). 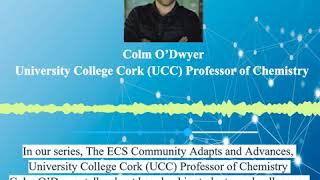 Finding Our Way Forward, Together

In our series, The ECS Community Adapts and Advances, University College Cork (UCC) Professor of Chemistry Colm O’Dwyer talks about how he, his students, and colleagues are managing research and coursework since Ireland shut down on March 11, 2020. Colm also directs the UCC Applied Nanoscience Group, focused on 3D battery printing, developing new sustainable battery materials, and real-time performance assessments using optics and photonics. Colm volunteers on the ECS Board of Directors, chairs the ECS Electronics and Photonics Division, and previously served on the ECS Interdisciplinary Science and Technology Subcommittee. Like many parents, he is homeschooling his young children while juggling other responsibilities. 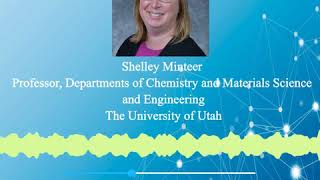 In our series, The ECS Community Adapts and Advances, Shelley Minteer reviews changes—both positive and negative—wrought by the pandemic on her research group. Shelley holds the Dale and Susan Poulter Endowed Chair of Biological Chemistry and Associate Chair of Chemistry at the University of Utah. The Minteer Research Group works at the interface of electrochemistry, biology, synthesis, and materials chemistry, to provide solutions and address challenges in the areas of catalysis, fuel cells, sensing, and energy storage. 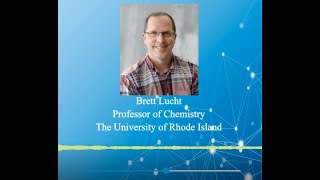 ECS community members - including students, researchers, professors, and industry leaders - share how the COVID-19 pandemic has impacted them at school, in the labs, and at work, and how they're coping and finding solutions to novel hardships during this time.

The Electrochemical Society (ECS) announces that as of January 2, 2020, ECS journals are published and available through IOP Publishing (IOPP), the publishing company of the Institute of Physics. 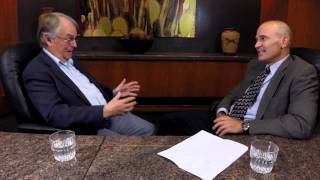 In a ground-breaking paper in the Journal of The Electrochemical Society (JES), Jeff Dahn announced that Tesla may soon have a “million mile” battery that makes their robot taxis and long-haul electric trucks viable. Dahn and his research group are Tesla’s battery research partner. Doron Aurbach, JES technical editor, says that this comprehensive article is expected to be have a major impact on the field of batteries and energy storage.

The Electrochemical Society (ECS) has selected IOP Publishing (IOPP) as its journals publishing partner, scheduled to take effect in 2020.

Highlights from Free the Science Week 2019

In celebration of its third annual Free the Science Week (April 1-7, 2019), the Society once again took down the paywall to the entire ECS Digital Library. For the duration of the week, readers had unrestricted access to more than 151,000 scientific articles and abstracts.This successful weeklong event produced swells in ECS page visits and content usage that attest to the enduring relevance and value of the Free the Science initiative. 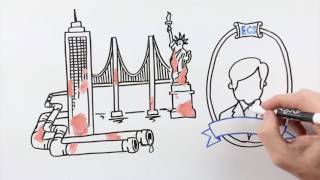 All ECS Research Free during Free the Science Week

The Electrochemical Society (ECS) will celebrate its third annual Free the Science Week (April 1-7, 2019) by once again taking down the paywall to its entire online collection of published research. For the duration of the week, the ECS Digital Library, which contains over 151,000 scientific articles and abstracts, will be freely accessible to everyone.

Pennington, NJ – (January 31, 2019) – Since 2018, all the members of the German consortium of The Electrochemical Society (ECS) led by the Technische Informationsbibliothek (TIB) – German National Library of Science and Technology have benefited from a special publishing option: ECS grants all institutions participating in its program an unlimited number of article processing charge (APC) credits.

The Electrochemical Society and Enago have entered into a collaboration that will allow researchers within ECS's member network easy access to Enago's author services, including English manuscript editing and publication support, at every stage of the publication cycle.