Retired Air Force Colonel Drew W. Fallis, DDS, MS, has been selected as the new Executive Dean of the Uniformed Services University of the Health Sciences Postgraduate Dental College. Fallis, who most recently served as Associate Dean for Faculty Affairs at the USU Postgraduate Dental College, will succeed Dr. Thomas Schneid, who will be retiring July 31 following more than 45 years of Federal service.

A recent study by University of Delaware researchers suggests exercise can boost kids’ vocabulary growth. The article, published in the Journal of Speech Language and Hearing Research, details one of the first studies on the effect of exercise on vocabulary learning in children.

The cohort welcomed in 2021 continues tradition of diversity 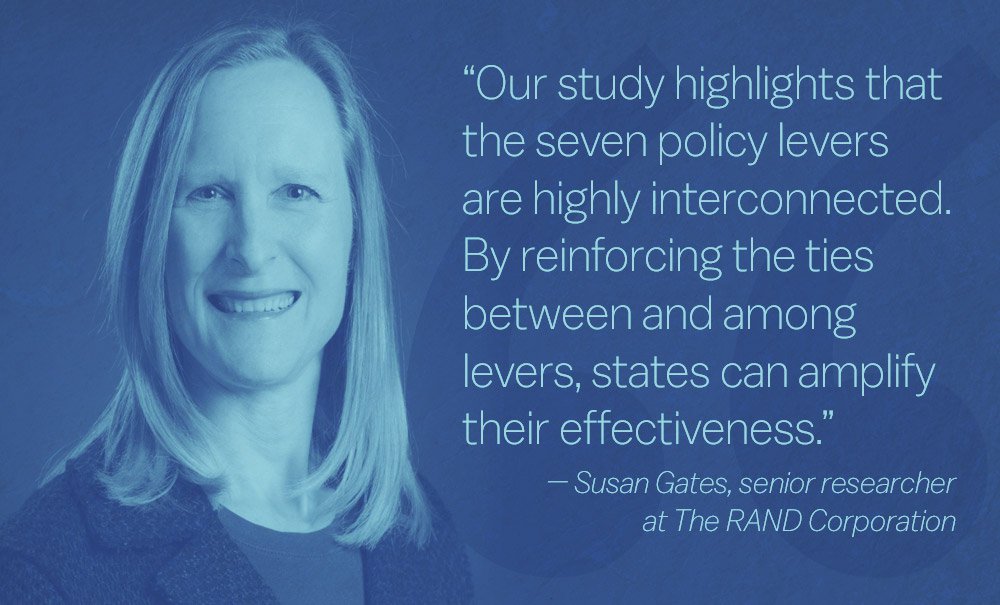 States often tread lightly when it comes to assuming a full role in improving principal quality.

Two of Chulalongkorn University’s projects, “CU Enterprise Co., Ltd.” and “Ensuring All-round Student Well-being Through Innovations During the Covid-19 Pandemic”, have been internationally recognized and shortlisted for the “THE Award Asia 2021” in the categories of “Leadership and Management Team of the Year” and “Outstanding Support for Students”.

CWRU School of Law to Offer New Master’s Degree and Certificates in Compliance and Risk Management, Starting with a Specialization in Health Care

WVU’s Office of Accessibility Services saw a 900% increase in requests from deaf or hard of hearing students during the COVID-19 pandemic. Enlisting students on work study programs to do lecture transcriptions and closed captioning helped the University save nearly a quarter of a million dollars.

Before the start of the fall semester, several new West Virginia University students are already asking research questions and trying to answer them with guidance from WVU scientists while, in certain cases, getting their feet wet.

High school students who participated in summer programs about public health increased their interest in pursuing careers in science, technology, engineering and mathematics (STEM), according to a Rutgers study.

The Push for Healthy Communities

See ways the CSU is ensuring its community members have equal access to health care.

The July 30 virtual conference is part of a three-year grant to train clinicians to prescribe medications to treat addiction.

No “Vacation” for Green Bronx Machine This Summer

For Green Bronx Machine, summer vacation is growing season – for plants, people and the organization itself. GBM spends June, July and August tending multiple community gardens and running asummer camp, as well as tackling food insecurity and promoting sustainable food systems with national and international leaders, and preparing for the return of in-person student learning this fall and all of the issues that will entail.

Professional Development Opportunities Do Not Delay Doctorate Training or Publications

The NIH funded academic institutions to design programs for professional development, but because doctoral training is lengthy and requires focused attention on research, some researchers feared students participating in additional training activities might diminish their research productivity or delay graduation. Researchers found this was not true.

Society for Nutrition Education and Behavior

The Society for Nutrition Education and Behavior annual conference, Raising Reliance and Resilience, brings together nutrition educators from around the globe to focus on building equity, planetary health, future nutrition education, healthy children and youth, plus research and evaluation.

Five faculty from the Johns Hopkins School of Nursing have received leadership appointments to help promote and advance the school’s Master of Science (Entry into Nursing), Doctor of Nursing Practice (DNP), PhD, and postdoctoral programs.

The Executive Board of the Council on Undergraduate Research announced the appointment of Patricia Ann Mabrouk, professor of chemistry and chemical biology at Northeastern University, as the next editor-in-chief of Scholarship and Practice of Undergraduate Research, the academic journal of the organization.

Dr. Tusty ten Bensel, associate professor of criminal justice, has been named the director of the School of Criminal Justice and Criminology at the University of Arkansas at Little Rock.

Johns Hopkins Carey Business School is joining the Forté Foundation as an MBA partner and Forté Fellows partner school. Forté Foundation is a non-profit consortium of multinational corporations and business schools that was founded to address inequity in business.

Albany Law School closed the most successful fundraising effort in its 170-year history on June 30 with a final $1 million anonymous gift that pushed the total raised during We Rise Together: The Campaign for Albany Law School to nearly $33 million.

New research finds that high school students who attended school remotely during the COVID-19 pandemic suffered socially, emotionally, and academically compared with those who attended in person. Irvine, Calif., July 13, 2021 — Jon Gould, a distinguished scholar in justice policy, social change and government reform who has held key positions in the U.S. Department of Justice and the National Science Foundation, will become the new dean of the School of Social Ecology at the University of California, Irvine, following a nationwide search.

The Physics and Astronomy Division of the Council on Undergraduate Research announces the 2021 recipient of its Outstanding Research Mentor award: Thomas Pannuti (Morehead State University).

The Electrochemical Society announces that for the first time, its popular Short Courses will be offered in a virtual online format in September 2021 and during the 240th ECS Meeting in October 2021. Live course instruction by the professors takes place online for three hours a day, for two days. Registration and cost information is on the ECS website.

Largest-ever CSU device distribution will provide iPad Air for up to 35,000 first-year and new transfer students at eight campuses

The Johns Hopkins University Board of Trustees has approved the appointments of two Johns Hopkins School of Nursing (JHSON) faculty to endowed chairs.

At the CSU, equipping students with essential career skills goes hand in hand with instilling a sense of community engagement—and not even a pandemic could stand in the way.

Now a Cornell Trustee, Ririe and his wife, Shelley, have generously provided a lead gift of $3.5 million for the Athletic and Wellness Facilities Project. The project is a $19.5 million expansion and renovation of the Small Sport Center.

Harrisburg University of Science and Technology

The American Cleaning Institute (ACI) is joining hundreds of top safety experts and partners virtually at the Safe Kids Worldwide Childhood Injury Prevention Convention (PrevCon, July 12-16) for a week of conversation focused on preventing unintentional childhood injuries. ACI will highlight product and packaging innovations designed to help prevent unintentional child injuries, as well as key industry initiatives, such as the Packets Up! campaign.

For Many Students, Double-dose Algebra Leads to College Attainment

In the United States, low-income and minority students are completing college at low rates compared to higher-income and majority peers — a detriment to reducing economic inequality. Double-dose algebra could be a solution, according to a new study.

See how the CSU is addressing the economic consequences of COVID-19.

The women in the Divine Comedy, the epic poem by the Italian writer Dante Alighieri, served as symbols and metaphors of political affiliation, intrigue, virtue, scandal, and violence. Centuries later, though, little is known about many of the women Dante included in his seminal work. Laura Ingallinella, a Mellon postdoctoral fellow in Italian studies and English at Wellesley, and her students have worked to change that by writing the women of the Divine Comedy back into history. The project included working with Wikimedia Foundation to use Wikipedia as a pedagogical space. The students researched female characters of their choosing and wrote Wikipedia entries.

The Little Rock Congregations Study (LRCS) research team at UA Little Rock worked with a team of students from the UA-Clinton School of Public Service to host a series of community dialogue discussions during the spring semester to explore how congregations and nonprofits in Little Rock can come together to make an impact on important community issues.

The American Cleaning Institute (ACI) launched a new website for the Healthy Schools, Healthy People initiative, a joint effort of ACI and the Centers for Disease Control and Prevention (CDC) to promote hand hygiene and cleaning practices as a means to prevent the spread of infectious disease in schools and reduce illness-related absenteeism.

Preschool children are sensitive to the gap between how much they know and how much there is to learn, according to a Rutgers University-New Brunswick study.

More than two decades ago, Dr. Shirley Ann Jackson became the first African American woman to lead a top-ranked research university when she was named the 18th President of Rensselaer Polytechnic Institute. Today, President Jackson announced to the Rensselaer community that she intends to step down from her historic post in 2022.

Pac-Man and Picasso: WVU Researcher Pushes the Boundaries of Learning in Mathematics Education

Keri Valentine, an associate professor of mathematics education at West Virginia, has turned to Pac-Man and Picasso as new ways of engaging students in math learning.

What Was Learning At Home Like For Under-Connected Families?

Internet access is up dramatically since 2015, but 18 percent of lower-income families had their service cut at least once during the pandemic due to cost, and 12 percent still have no computer at home at all, according to a report led by Rutgers and other researchers that highlights digital inequity after a year of learning at home. Nurturing an early interest in neuroscience

Last year’s lockdowns confined most people to their homes. For teenagers on summer break, a season usually dedicated to recreation and outdoor exploration, this meant long days of boredom. But for Nikhita Kaushik, who just finished her sophomore year at Irvine’s Arnold O. Beckman High School, the free time was a blessing. It enabled her to dive into her passion for neuroscience and establish the Southern California Youth Neuroscience Association.

More than half of teachers in England are in favour of teaching children to take direct action against climate change and break the rules to make their point, according to a new survey.

The Presidential Award for Excellence in Math and Science Teaching is the nation’s highest honor for STEM teachers.