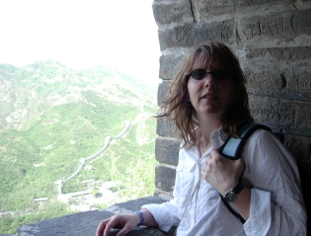 Newswise — Almost a century has passed since its start, and war has rarely been as brutal as the battles of World War I.

Known initially in America as the European War, the conflict sucked in all of the great economic powerhouses of the time into a technologically advanced theater that killed 9 million combatants in four years and ended the innocence and hope of the Gilded Age. The world would never be the same.The written word also changed dramatically, both during the Great War and after, said Jen Shelton, an associate professor of English who is teaching a graduate-level course on World War I literature. Trench poets of the time created their own decidedly off-key brand of verse that rang strangely in the ear when spoken and became a news source for war updates for those who could decipher the poet’s code.

And while the more modern style of literature had been around since the 1880s, the war ensured Victorian literary style would die off as the war came to a close. The truth of the experiences from those who lived through World War I doomed the idealistic Victorian style as nostalgic, and the more realistic modernism became the norm.Expert

• Victorian notions of duty, honor and gallantry give way to the horrors of death by modern technology.• War poetry published during time of war was only occasionally censored. Poets figured out ways to get people to hear them during war and often contained information about wartime events that were not reported or erroneously reported for strategic reasons. Trench poets such as Siegfried Sassoon and Wilfred Owen filled that role.• Trench poets used slant rhyme or pararhyming where, instead of perfect rhyme, such as moon and June or how and now, the vowel alone changes, such as limb and lamb or leaves and lives. The unmatched vowel sounds emulate the dissonance of the war experience so that readers feel something is not right and that dissonance echoes other dissonances. • European sentiment behind World War I closely resembles American sentiment during and after Vietnam. Literature reflects the futility of World War I in “All Quiet On The Western Front” as screaming horses dying after a harrowing battlefield experience. There is no glory in the modern literary descriptions of World War I at this time. • Modern literature had been growing since the 1880s. After World War I, even those who had resisted modernism in art, literature and culture had to admit that Victorian ways of expressing experience were inadequate. • For many people, the war demonstrated clearly the rupture between the nostalgically remembered Victorian Eden and the world of futile trench warfare, lingering shell shock and death on massive scale. Modernist literary practices, already growing along with the new 20th century, offered meaningful ways to capture the experience of the post-war world.”Quotes

• “A lot of the really famous writing about World War I happened during the late-’20s and early-’30s. There’s a huge outpouring of literary production. It’s happening because it’s been long enough that people can talk about it.” • “To Europeans, World War I and World War II are not separate like they are for Americans. It’s a First Act and Second Act. World War I ended, but it’s clear another war is coming. All these people who suffered during the war suffered in trenches, coming out saying, ‘Wait, remember how horrible it was. Let’s not run into another war in the way we ran into World War I.’ It’s because this is a war that has some really clear lessons for history about cost and morality of war.”• “It’s not like this war caused modern literature to occur. The war is a kind of a turning point. This is when you could say here’s full-fledged modern literature. If you think of modern lit or any of the modern arts, what they all have in common is that there’s been a break with what went before. There was a time before and now there’s now. There’s not a smooth transition. And because of this rupture, we have to come up with new forms to express this new world we’re living in. The Great War becomes really emblematic of that.”• “For writers like poet Edmund Blunden, they are going to choose not to write in that modern way. But they’re going to be seen as nostalgic. A choice not to be modern becomes a nostalgic choice. The old pastorals written at this time yearn for some past that is irrevocably gone.”• “There are certainly some really big innovations that wouldn’t have happened without that war. Trench poets had some technical innovation with slant rhyme. In it, the vowels don’t rhyme, so you may rhyme lamb and limb so that it doesn’t feel right. That goes with the subject matter to make you feel uncomfortable. The real thing that trench poets contribute is writing about war in a different way, though. It’s not like Tennyson’s ‘Charge of the Light Brigade.’ Trench poets refuse to do that. They say the way we’re being killed is so pointless and meaningless with no hope of gain that we can’t celebrate it.”