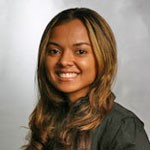 Newswise — Women serve as CEOs of just 17 of the Fortune 500 top companies in the United States. PepsiCo CEO Indra Nooyi has been quoted as saying, “The glass ceiling will go away when women help other women break through that ceiling.”

However, that may not necessarily be happening. Research from Washington University in St. Louis finds that women often do not support qualified female candidates as potential high-prestige work group peers.

“My research aims to understand the complicated processes that contribute to the dearth of women in the top tiers of organizations,” says Michelle Duguid, PhD, assistant professor of organizational behavior at Olin Business School and author of “Female Tokens in High-prestige Work Groups: Catalysts or Inhibitors of Group Diversification?” published in the journal Organizational Behavior and Human Decision Processes.

“I propose that being the only woman who is a member of a high-status work group can produce a perceived threat of not being seen as a valued group member,” Duguid says.

“This threat is likely to underlie female tokens’ responses to other women as potential group members.”

Duguid identifies two forms of value threat that she thinks affect the behavior of female tokens in high-status work groups in the context of promotion and selection — competitive threat and collective threat.

“Competitive threat is the fear that a highly qualified female candidate might be more qualified, competent or accepted than you are,” Duguid says.

“Women also might be concerned about bringing in another woman with lower qualifications, who could reinforce negative stereotypes about women and impact others’ impressions of them. This is collective threat.”

In her paper, Duguid conducted three experiments aimed at further studying these threats.

The first examined the impact of being a token female on a woman’s preference for adding another woman to a high-prestige work group. As expected, female tokens in these groups showed less of a preference for female candidates as work group peers.

In the second study Duguid examined the impact of competence of a female candidate on women’s perceptions of threat. She found that compared to majority members of the group, tokens felt more competitive and collective threat from female candidates who had higher and lower qualifications, respectively.

Her third study replicated the findings of the first two and in addition investigated the interactive effects of women’s numerical representation and work group prestige on their experience of value threat.

A third threat Duguid considered is the favoritism threat.

“This is where female tokens in high-prestige work groups may be concerned about appearing biased toward other women and therefore will not advocate for them,” Duguid says.

That research is explored in more detail in a theory paper published in the March-April issue of Organization Science called “The Impact of Categorical Status, Numeric Representation and Work Group Prestige on Preference for Demographically Similar Others: A Value Threat Approach.”

Duguid says her research has strong implications for business and leadership in this country. “Organizational leaders really need to recognize these potential threats as they could have a significant impact on the interaction between female group members, which could ultimately affect performance,” she says.

“Leaders should encourage female tokens to identify with their own demographic group, which can help them manage work relationships and develop alliances and mentoring relationships with other women.

“This may be crucial to an organization’s ability to realize the potential benefits of diversity.”