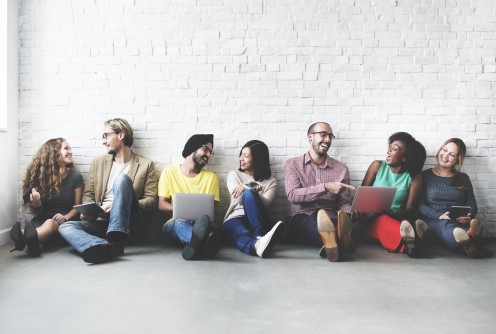 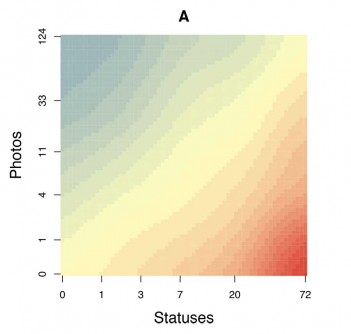 Having more Facebook friends, especially being the recipient of those friend requests, is linked to a lower mortality risk for cardiovascular disease (CVD), drug overdose, and suicide, causes of death known to be associated with social isolation. Most forms of cancer are not associated with social behavior offline, and the same appears to be true online.

Newswise — Is social media good for you, or bad? Well, it’s complicated. A study of 12 million Facebook users suggests that using Facebook is associated with living longer – when it serves to maintain and enhance your real-world social ties.

Oh and you can relax and stop watching how many “likes” you get: That doesn’t seem to correlate at all.

The study – which the researchers emphasize is an association study and cannot identify causation – was led by University of California San Diego researchers William Hobbs and James Fowler, collaborating with colleagues at Facebook and Yale. It is published in the Proceedings of the National Academy of Sciences.

The research confirms what scientists have known for a long time about the offline world: People who have stronger social networks live longer. And it documents for the first time that what happens online may matter also.

“Interacting online seems to be healthy when the online activity is moderate and complements interactions offline,” said first author William Hobbs, who worked on the study as a UC San Diego doctoral student in political science and is now a postdoctoral fellow at Northeastern University. “It is only on the extreme end, spending a lot of time online with little evidence of being connected to people otherwise, that we see a negative association.”

Senior author James Fowler, professor of political science in the UC San Diego Division of Social Sciences and of global public health in the UC San Diego School of Medicine, said, “Happily, for almost all Facebook users, what we found is balanced use and a lower risk of mortality.”

The researchers matched California Facebook users with vital records from the California Department of Public Health. To preserve privacy, after being automatically matched on name and birthdate, the data was de-identified and aggregated. All analyses were performed on the aggregate data, and all data was observational.

The researchers studied counts of online activity over six months, comparing the activity of those still living to those who had died. All of those studied were born between 1945 and 1989, and all the comparisons were made between people of similar age and gender.

The first finding is that those who are on Facebook live longer than those who are not. In a given year, the average Facebook user is about 12 percent less likely to die than someone who doesn’t use the site. But that’s the researchers’ crudest measure, they note, and may be due to social or economic differences between the user and non-user groups.

Among people who do use Facebook, the researchers looked at numbers of friends, numbers of photos and status updates, numbers of wall posts sent and messages sent, to see if people who were more active lived longer. In these comparisons, they controlled their analysis not only for age and gender but also relationship status, length of time on Facebook, and smartphone use (a proxy for income).

People with average or large social networks, in the top 50 to 30 percent, lived longer than those in the lowest 10 – a finding consistent with classic studies of offline relationships and longevity.

Those on Facebook with highest levels of offline social integration – as measured by posting more photos, which suggests face-to-face social activity – have the greatest longevity. Online-only social interactions, like writing wall posts and messages, showed a nonlinear relationship: Moderate levels were associated with the lowest mortality.

Because the researchers were studying an online social network, they could also look at the direction of friendship requests. It was Facebook users who accepted the most friendships who lived the longest. There was no observable relationship for those who initiated the most. This finding was a little disappointing, the researchers note, because it suggests that public health interventions urging people to go out and try to make more friends may have no effect on health.

Does it also suggest that being “popular” makes you live longer? Maybe. According to both Hobbs and Fowler, it’s hard to say which way that goes. It could be that individuals who are more likely to live longer are more attractive to others in the first place. That, as they say, needs more research.

“The association between longevity and social networks was identified by Lisa Berkman in 1979 and has been replicated hundreds of times since,” said Fowler. “In fact, a recent meta-analysis suggests the connection may be very strong. Social relationships seem to be as predictive of lifespan as smoking, and more predictive than obesity and physical inactivity. We’re adding to that conversation by showing that online relationships are associated with longevity, too.”

The researchers would like to see their associational study, like Berkman’s seminal one, inspire many follow-ups. They hope that subsequent research leads to a better understanding of what kinds of online social experiences are protective of health.

“What happens on Facebook and other social networks is very likely important,” Fowler said. “But what we can’t do at this time is give either individual or larger policy recommendations based on this first work.”

Hobbs and Fowler’s co-authors on the paper are Moira Burke of Facebook and Nicholas Christakis of Yale University.

The project was reviewed and approved by UC San Diego’s Institutional Review Board, California’s Committee for the Protection of Human Subjects, and the Vital Statistics Advisory Committee at the California Department of Public Health.