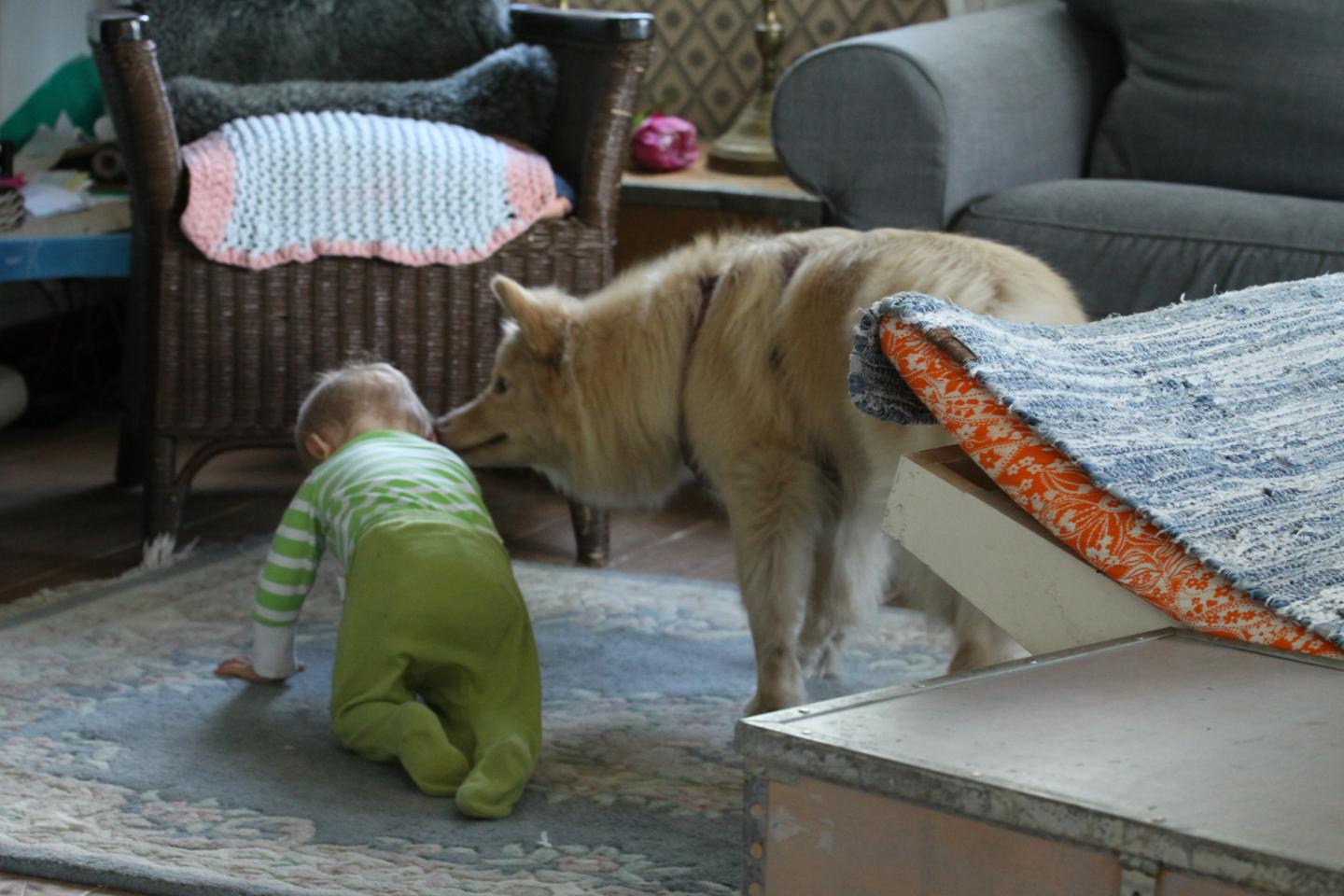 Dogs and their own­ers seemed to share mi­crobes on their skin, but not in their gut.

Newswise — In urban environments, allergic diseases are more common among dogs and their owners compared to those living in rural areas. Simultaneous allergic traits appear to be associated with the microbes found in the environment, but microbes relevant to health differ between dogs and humans.

In a joint research project known as DogEnvi, researchers from the University of Helsinki, the Finnish Environment Institute and the Finnish Institute for Health and Welfare have previously observed that dogs are more likely to have allergies when their owners suffer from allergic symptoms. In a new study, the researchers investigated whether such simultaneous presence of allergic traits is associated with gut or skin microbes shared by dogs and their owners. A total of 168 dog-owner pairs living in rural and urban environments participated in the study.

"Research shows that dogs and owners living in rural areas have a lower risk of developing an allergic disease compared to urban areas. We assumed that in rural areas both dogs and owners are exposed to health-promoting microbes. We found that the microbial exposure of both was different in rural and urban environments. For instance, the skin microbiota varied more between individuals in rural areas compared to their urban counterparts. A diverse and varying microbial exposure may be precisely what provides the associated health benefit," says Senior Researcher Jenni Lehtimäki, PhD, from the Finnish Environment Institute.

Dogs and their owners seemed to share microbes on their skin, but not in their gut. The study demonstrated that the living environment had a markedly more significant effect on the skin microbiota than on that of the gut in dogs and humans. Dogs living in urban areas had on their skin more microbes typically found on human skin, which may be caused by the accumulation of microbes typical to humans indoors and in urban areas, a phenomenon that has been previously observed.

In a study conducted earlier, the researchers noticed that both the living environment and living habits affected the canine skin microbiota.

"The same was now observed in humans. For both dogs and humans, the risk of developing allergic diseases was at its lowest when the skin microbiota was shaped by a rural environment and a lifestyle that promotes microbial abundance. Such a lifestyle was associated with a number of different animals in the family, as well as larger family size," says Professor Hannes Lohi from the University of Helsinki.

DogEnvi, a multidisciplinary research project launched in 2014, is aimed at investigating the significance of the living environment to canine health. Under the project, a study on the link between canine gut microbiota, nutrition and allergies is being prepared. The project has received funding from the Jane and Aatos Erkko Foundation, among others.