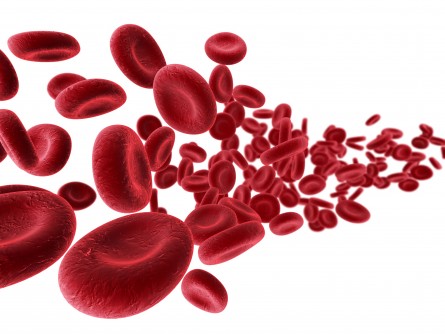 Newswise — Children with hemophilia A require three to four infusions each week to prevent bleeding episodes, chronic pain and joint damage. The effect on quality of life can be significant, due to time and discomfort associated with infusions. For these reasons, under dosing is common, leaving children at increased risk for bleeding episodes and even death.

This extended half-life factor VIII enables patients to receive one or two infusions each week without an increased risk of bleeding. The first report on the safety and efficacy of this therapy in children under 12 years old – led by Guy Young, MD, director of the Hemostasis and Thrombosis Center of Children’s Hospital Los Angeles – has been published in the Journal of Thrombosis and Haemostasis.

People with hemophilia are treated with replacement therapy and infused with the clotting factor deficient in their blood. Treatment is prophylactic; individuals receive infusions in order to keep the factor at a protective blood level that will result in clotting if the person is injured. The currently used, standard factor VIII persists in the blood for a relatively short amount of time, making it necessary to infuse it frequently – often every other day.

The new, extended therapy combines recombinant factor VIII with a fusion protein that allows the molecule to remain in the circulation longer – translating into a need for less frequent treatment. Young and his colleagues found that twice-weekly infusions of this novel therapy were well tolerated and resulted in a low incidence of bleeding events in children with severe hemophilia A. They also reported that no patients developed antibodies against the factor, also known as “inhibitors”.

“Children’s Hospital Los Angeles is home to one of the largest hemophilia treatment centers in the world,” said Young. “Through clinical trials, we are able to offer our patients the very latest treatments, often before they are available anywhere else. In this trial, we demonstrated the safety and efficacy of a medication that will allow children with severe hemophilia A to be treated with a safe and effective medicine but with a reduced burden of the treatment.” Young is also an associate professor of Pediatrics at the Keck School of Medicine of the University of Southern California.

About Children’s Hospital Los Angeles Children's Hospital Los Angeles has been named the best children’s hospital on the West Coast and among the top five in the nation for clinical excellence with its selection to the prestigious U.S. News & World Report Honor Roll. Children’s Hospital is home to The Saban Research Institute, one of the largest and most productive pediatric research facilities in the United States.

Journal of Thrombosis and Haemostasis