Long-Term Observations in the Tropics Linked to Global Climate Change 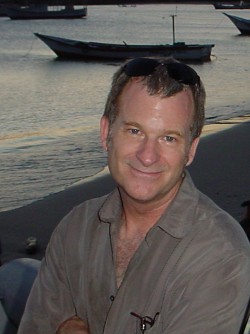 Professor Gordon Taylor in Juan Griego, the most northern port in Venezuala on the Caribbean Sea. 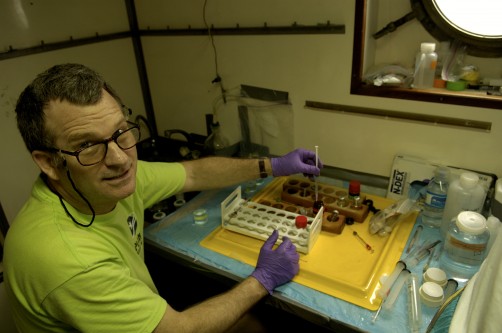 Proceedings of the National Academy of Sciences (10/15/12)

Newswise — STONY BROOK, NY, October 16, 2012 — Reports of declining ice coverage and drowning polar bears in the Arctic illustrate dramatic ecosystem responses to global climate change in Earth’s polar regions. But in this first-ever account of a long-term project in the southern Caribbean, a Stony Brook professor and his colleagues report in this week’s Proceedings of the National Academy of Sciences U.S.A. that tropical ecosystems are also affected by global climatic trends - and with accompanying economic impacts.

In an article entitled, “Ecosystem responses in the southern Caribbean Sea to global climate change,” Dr. Gordon Taylor and colleagues from Stony Brook University’s School of Marine and Atmospheric Sciences (SoMAS), as well as the University of South Florida, University of South Carolina and two Venezuelan institutions (EDIMAR, Fundación de la Salle de Ciencias Naturales and Universidad de Oriente) provide an analysis of 14 years of continuous monthly oceanographic observations in the southern Caribbean off the coast of Venezuela. The research, known as the CARIACO Ocean Time-Series Program, has been continually funded by the National Science Foundation since 1995.

The researchers report how the complex food web overlying the Cariaco Basin has changed in this relatively short time frame. Microscopic plankton production has steadily declined and the species of plants supporting the food web have shifted. These ecosystem changes have affected the way this region exchanges carbon dioxide (CO2) with the atmosphere and, in part, caused local sardine fisheries to collapse and thus have a negative impact on Margarita Island economy.

The researchers link these ecosystem changes to declining upwelling of nutrient-rich waters caused by weakening Trade Winds in the region and an average sea surface warming of 1°C during their observations. According to the authors, all these changes trace back to the global heat budget, corresponding to climatic shifts in well-known indices of atmospheric circulation. This is the first report to link long-term, shipboard time-series oceanographic and local meteorological observations in the Tropics with global scale climatic changes.

The CARIACO Ocean Time-Series Program is currently funded by NSF to continue monthly sampling until the end of 2013 and has a five-year renewal proposal pending. “We will continue with the same measurements,” said Dr. Taylor. “This also includes looking at ocean acidification, molecular characterization of microbial communities and cycling of major elements.”