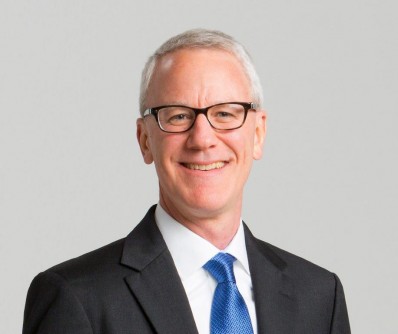 Tom O'Brien is the 2018 recipient of the ACI Distinguished Service Award.

Newswise — Orlando, Florida – January 31, 2018 – Tom O’Brien, a leader with more than three decades of experience in the chemical and cleaning product supply chains – including many years with Sasol – is the 2018 recipient of the ACI Elva Walker Spillane Distinguished Service Award.

He was honored during the 2018 American Cleaning Institute (ACI) Annual Meeting & Industry Convention, the global business-to-business conference for the cleaning product supply chain.

O’Brien was a member of ACI’s Board of Directors from 2008 to 2017 and served on various committees and in key leadership positions, including Treasurer, Vice Chair and, most recently, Chair (2015-2017).

“Tom O’Brien’s thoughtful, proactive and dedicated service on the ACI Board of Directors defines the qualities of a leader,” said Melissa Hockstad, ACI President & CEO. “His vast experience within the chemical industry and his gift for insightful leadership and mentorship will leave a lasting legacy within ACI.”

O’Brien’s 37 years of experience began in 1980 with stints at Monsanto and then Conoco (later known as Vista, which was then purchased by Condea), with various positions in plant processing, research and development, marketing and sales, supply chain, product management and business management.

In 1998, he moved to Hamburg, Germany where he capitalized on all these experiences in the role of Global Vice-President and Business Manager for Condea.

Condea came under the wings of Sasol and turned into Sasol’s Olefins & Surfactants (O&S) Division in 2001. Here O’Brien put his broad skills and vast knowledge into several Global Vice President and business management positions. In 2008, he was promoted to General Manager of the Organics Division of O&S.

In 2011, he accepted the call to Sasol’s headquarters in Johannesburg and took over the role of Group General Manager for the Marketing & Sales Centre of Support, where he successfully built an Excellence Programme spanning all business units of Sasol.

In December 2013, he was appointed Managing Director of Sasol Olefins & Surfactants. In July 2014, he assumed the role of Senior Vice President, Performance Chemicals. O’Brien retired in May 2017.

ACI’s Distinguished Service Award is named in honor of the late Elva Walker Spillane, the former National Purity LLC chief executive who served on the association’s Board for 20 years. The award honors an individual for extensive or exceptional service to ACI, who promoted the growth and interests of the Institute and the industries it represents; and who exercised outstanding leadership within ACI.

The American Cleaning Institute® (ACI – www.cleaninginstitute.org) is the Home of the U.S. Cleaning Products Industry® and represents the $30 billion U.S. cleaning products market.  ACI  members include the formulators of soaps, detergents, and general cleaning products used in household, commercial, industrial and institutional settings; companies that supply ingredients and finished packaging for these products; and oleochemical producers.  ACI (www.cleaninginstitute.org) and its members are dedicated to improving health and the quality of life through sustainable cleaning products and practices.