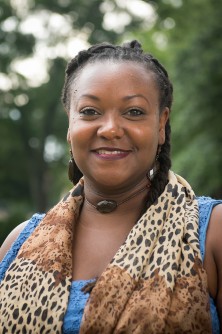 Low birth weight is the leading cause of infant mortality in black infants in the United States, and in Alabama, the low birth weight rate for black babies is nearly double the national average, said Dr. Wanda Burton, assistant professor in UA's College of Human Environmental Sciences.

"There is a huge racial disparity and despite over 40 years of research hoping to reduce the difference, it still remains," she said. "Research has examined many variables -- prenatal care, nutrition, mom's lifestyle -- but none fully explain the difference in birth weight."

After learning about the benefit of positive racial identity on health and development, Burton began a study that examined the role of racial identity and acculturation on birth weight in a sample of black women living in Alabama. The study, "Addressing the Racial Disparity in Birth Outcomes: Implications for Maternal Racial Identity on Birth Weight," recently was published in The Journal of Health Disparities Research and Practice.

Racial identity studies focus on how people understand race, the importance of race and how people deal with racism, which also affects how they view themselves, Burton said. Research has suggested that for blacks, racial identity has been positively associated with mental wellness, academic achievement and positive psychosocial factors, such as higher self-esteem, self-confidence and self-worth. Previous studies have also shown there are correlations between positive racial identity and better physical health, she she said.

Based on this research, Burton suspected that black women with stronger racial identities would have better health outcomes, such as higher birth weight.

She surveyed 72 black moms in West Alabama about the birth weight of their first-born child and term status, which refers to weeks of gestation with preterm (or premature) births defined as less than 37 weeks and full term as after 37 weeks. She also looked at several other variables that influence birth weight, including depression, anxiety, age, maternal education and income  and acculturation, which is viewed as a process that happens when two autonomous groups are in direct contact with one another and results in changes of the original culture.

Results also indicate that birth weight decreases as the mother's age increases within the widely accepted optimal maternal age range 21 to 35 -- nearly 2 ounces with each additional year. These results align with the "weathering hypothesis," which states "that the health of black women may begin to deteriorate in early adulthood as a physical consequence of cumulative disadvantage, such as social conditions related to economic strain and racism," she said.

The finding suggests that while for most women giving birth in their 20s and early 30s constitutes prime child bearing ages, this time span may not be optimal for blacks, she said.

Burton hopes to expand her research by doing a statewide study and possibly a longitudinal study where she surveys women for several years to measure their physical, psychological and psychosocial changes. But until that can happen, she hopes to use the results from her current study to educate communities.

"Racial identity can be positive and negative," she said. "If black women internalize negative stereotypes about their race, then having a strong racial identity may negatively impact health. We need to make sure those negative stereotypes don't become internalized. We can teach college women about the positive aspects of race and racial identity. And the positive aspects of identity is not limited to race; gender identity can be positive/negative and just as meaningful. Once you understand how race and gender politics influence health, then you can become more intentional about taking care of yourself, mentally and physically, and how you deal with situations that arise. That message is important for community members and students of any age alike."