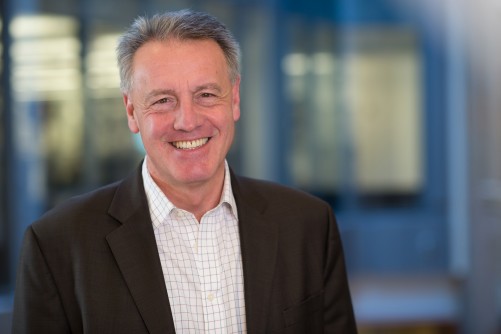 Newswise — PHILADELPHIA—(August 8, 2016)—One of the many reasons tumors are so difficult to treat is that they are able to adapt whenever they are exposed to unfavorable conditions. Hypoxia, or a lack of oxygen, is one example of a phenomenon that should weaken the tumor, but instead, the malignant cells are able to compensate and drive more aggressive disease behavior.

Now, scientists at The Wistar Institute have identified a novel mechanism that selectively operates in hypoxic tumors to enable tumor cells to thrive and continue to proliferate despite a low oxygen environment. Dario C. Altieri, M.D., Wistar’s President and CEO and lead author of the study, and colleagues showed how the activation of this pathway leads to an unfavorable prognosis for patients with gliomas – a type of brain tumor – and how the pathway could be a valuable therapeutic target in cancer. The findings were published in the journal Cancer Cell.

“Hypoxia is a nearly universal hallmark of aggressive tumor growth, and up until now, we really haven’t been able to home in on a pathway responsible for this behavior,” said Altieri, who is also director of The Wistar Institute Cancer Center and the Robert & Penny Fox Distinguished Professor. “Our study pinpoints a novel way in which tumor cells not only survive but actually continue to divide in spite of a low oxygen environment. In essence, this provides a much-needed answer for exactly how tumor cells are able to get the energy they need to persist when faced with unfavorable conditions.”

Mitochondria, known as the “powerhouse” of cells because of their role in energy production, are the main source of hypoxia-induced reprogramming in tumors. The Altieri lab showed that the protein Akt, which plays a key role in cell signaling and metabolism, accumulates in mitochondria during hypoxia. When this happens, the protein PDK1 is phosphorylated at a unique site, and a complex responsible for cellular respiration is shut down. The pathway then uses the tumor’s metabolism to break down glucose and use its energy to reduce cell death and maintain proliferation.

The mitochondrial signaling between Akt and PDK1 was analyzed in a cohort of 116 patients with gliomas. The activation of this signaling pathway progressively increased in different types of gliomas, with the highest activity seen in patients with glioblastoma, a particularly difficult-to-treat form of brain cancer that represents approximately 15 percent of all brain tumors.

“We are excited about our results because there are drugs that exist that specifically target Akt in cancer. These drugs have produced limited clinical responses to date, but we believe with further investigation that we may be able to repurpose these drugs as a viable approach to impair a tumor’s ability to adapt to hypoxia,” said Young Chan Chae, Ph.D., an associate staff scientist in the Altieri lab and first author of the study.

###About The Wistar InstituteThe Wistar Institute is an international leader in biomedical research with special expertise in cancer research and vaccine development. Founded in 1892 as the first independent nonprofit biomedical research institute in the United States, Wistar has held the prestigious Cancer Center designation from the National Cancer Institute since 1972. The Institute works actively to ensure that research advances move from the laboratory to the clinic as quickly as possible. wistar.org.