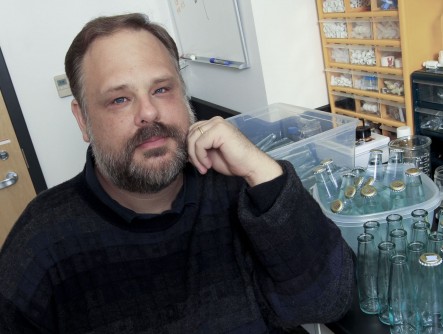 Newswise — PHILADELPHIA (November 25, 2015) – A new study from scientists at the Monell Center and collaborators reveals that while foods such as vanilla pudding taste sweeter following three months on a low-sugar diet, the level of sweetness most preferred in foods and beverages does not change. The findings may inform public health efforts to reduce the amount of added sugars that people consume in their diets.

“Over-consumption of sugar is widely believed to contribute to obesity and related health problems such as heart disease,” said study lead author Paul Wise, a sensory psychologist at Monell. “If people could adjust to a lower-sugar diet over time without affecting food acceptance, it might be possible to gradually reduce added sugars in food and beverages without causing rejection.”

Humans, who are born liking sweet taste, generally find sweetened foods highly palatable. However, scientists do not have a clear understanding of how sugar consumption influences perception of and liking for sweet foods and beverages.

A recent paper co-authored by Monell scientists demonstrated a genetic component to sweet taste perception, but this accounted for only about 30 percent of person-to-person variance. The current study, published online ahead of print in the American Journal of Clinical Nutrition, addressed the role of dietary experience by asking whether a person’s sweet taste perception and preference can be shifted by reducing the amount of sugar consumed in their diet.

Following a one-month baseline period for all participants, a ‘control’ group of 16 subjects maintained their normal diet and sugar intake over the next three months. The ‘reduced-sugar’ group of 13 subjects was instructed to maintain their baseline caloric intake while replacing 40 percent of calories from sugars with fats, proteins, and complex carbohydrates over the same time period. A dietician provided guidance to both groups.

After three months on the reduced sugar diet, subjects rated most puddings as sweeter than did individuals who were not sugar-restricted. A similar effect was seen for low concentrations of the beverages.

Despite the difference in sweetness ratings, three months of sugar restriction did not influence the amount of sucrose most preferred in the pudding, which averaged 32.4 percent for the reduced-sugar group and 31.2 percent for individuals who maintained their normal diet.

Similarly, the preferred level of added sucrose in raspberry beverage did not differ between the two groups, averaging 13.5 percent for the reduced-sugar group and 13.9 percent for the control group.

The findings differ from earlier Monell studies examining the effect of dietary salt intake on salty taste perception and preference. Those studies showed that both perception and pleasantness changed when the amount of salt consumed was lowered over several months. Specifically, people placed on a low salt diet came to like lower levels of salt in their food.

“The factors that underlie liking for sugar and salt may differ,” said study co-author Gary Beauchamp, PhD, a behavioral biologist at Monell. “The salt findings formed part of the rationale for the National Academy of Sciences’ recommendation to decrease salt consumption by gradually lowering the amount of salt in prepared and restaurant foods. Modern diets contain a large proportion of calories as sugar, but this same tactic may not work as well to help reduce the amount of sugar that people consume.”

During the fifth month of the study, when all participants were allowed to choose their own diet, people who had been in the reduced-sugar group quickly increased their sugar intake to baseline levels. Similarly, their judgments of sweet taste intensity reverted to pre-diet levels.

“People who had been on a low-sugar diet for three months quickly went back to their previous sugar levels when given a choice. This rapid rebound suggests that people may resist changes in the sugar level of their diets,” commented Wise.

Moving forward, the researchers would like to use a larger number of subjects to ask whether a longer period on a low sweetener diet may eventually change preferences for sweet foods. “It also will be interesting to know whether the critical factor is the overall level of sweetness in the diet or the amount of sugar consumed,” said Wise.

Also contributing to the research, which was funded by PepsiCo and Monell Center institutional funds, were Laura Nattress and Linda J. Flammer of Pepsi Global R&D. Other than the research contributions of authors Nattress and Flammer, PepsiCo played no role in design, data collection, data analysis, or interpretation.

The Monell Chemical Senses Center is an independent nonprofit basic research institute based in Philadelphia, Pennsylvania. For over 47 years, Monell has advanced scientific understanding of the mechanisms and functions of taste and smell to benefit human health and well-being. Using an interdisciplinary approach, scientists collaborate in the programmatic areas of sensation and perception; neuroscience and molecular biology; environmental and occupational health; nutrition and appetite; health and well-being; development, aging and regeneration; and chemical ecology and communication. For more information about Monell, visit www.monell.org.