Low Wages Not Education to Blame for Skills Gap 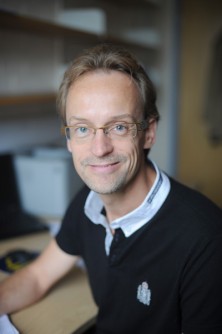 Newswise — Low wages rather than inadequate training are to blame for the STEM skills gap, according to research from the University of Warwick.

A new briefing paper suggests that the lack of workers with skills in science, maths, engineering and technology (STEM) and ‘soft’ communications skills is not due to problems with the education system, but to employers being unwilling to offer higher wages to suitably skilled workers.

The research was conducted by Dr Thijs van Rens associate professor in the Department of Economics.

He said: “It is often taken for granted that the skills gap and skills mismatch is a supply problem and appropriate training is not available to workers. However US data shows that market wages do not reflect the relative demand for different types of skills.

“Businesses complain about the lack of workers with STEM skills but are unwilling to raise wages for these workers – or reduce wages for workers with skills that are less in demand.”

A discussion of Dr van Rens’ policy briefing paper titled The Skills Gap: Is It a Myth? will be hosted by the think-tank the Social Market Foundation held in association with the University of Warwick’s Centre for Competitive Advantage in the Global Economy (CAGE) on Thursday 10 December. The roundtable event, will examine how employers, policy makers and educators can help to reduce this skills gap in light of the new evidence.

Concern is growing in advanced economies, and in particular in the UK, about the skills gap: the growing gulf between the skills workers possess today and the skills businesses say they need. The concerns are often focused on shortages of workers with skills in STEM subjects but increasingly also on ‘soft skills’ like problem solving, team working and communication.

Dr Thijs van Rens will set out his analysis, based on US data, which shows that the source of labour market mismatch is that market wages do not reflect the relative demand for different types of skills. He will argue that the position often taken for granted in the public debate – that the skills gap is a supply problem – is incorrect.

In his research Dr van Rens used data on job finding rates, earnings and profits across states, industries and occupations to measure the extent of skills mismatch or gap on the US labour market, and the underlying frictions that gave rise to it.

Dr van Rens suggests that the labour market can adjust to a skills mismatch in two ways. The workforce may adapt to the demand for skills, for instance by acquiring training or changing occupation, or firms may adapt to the supply of skills.

However for one or both of these to happen, wages must reflect the relative supply and demand for various skills.

Dr van Rens also argues that reform of the education system is not an answer to the perceived lack of appropriately skilled workers. As long as wages do not reward certain skills workers will be less likely to acquire them, and even if they do, will find employment in higher-paid occupations that do not utilize these skills.

He added: “While firms complain about a shortage of qualified physicists and engineers on the labour market, a very large number of graduates in these fields work in the financial sector, where they only use their STEM skills to a very limited degree.

“Encouraging universities to educate more physicists and engineers will not make any difference if these additional STEM graduates look for jobs in investment banks.”

The University of Warwick’s Centre for Competitive Advantage in the Global Economy (CAGE) was established in 2010 and is carrying out a 10 year programme of innovative research funded by the Economic and Social Research Council (ESRC).The centre’s research programme is focused on how countries succeed in achieving key economic objectives such as improving living standards, raising productivity, and maintaining international competitiveness, which are central to the economic wellbeing of their citizens.

Notes to EditorsThe Skills Gap: Is It a Myth? Event will be Social Market Foundation, 11 Tufton Street, London, SW1P 3QB Thursday 10 December, 12.30-13.30pm http://www.smf.co.uk/events/the-skills-gap-is-it-a-myth/The Social Market Foundation (SMF) is an independent public policy think tank. It is not politically aligned and has members from across the political spectrum on its Board of Trustees and Advisory Panel. Its work spans public service reform and the social market economy, and champions ideas that marry a pro-market orientation with concern for social justice. Since its inception in 1989, the SMF has gained an enviable reputation for the rigour of its research, driving policy debate based on sound argument and clear evidence.

Economics In the Workplace