Loyola Names Nurse of the Year 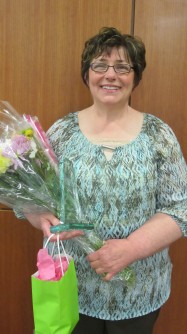 Newswise — Deborah Dore, RN, was named Loyola University Health System’s Fanchon Knight Nurse of the Year during its annual Nursing Excellence Award Ceremony on Wednesday, May 7. Dore was honored for the care she provides to Loyola patients and the community. She has worked as a nurse in the Loyola Outpatient Center’s urology clinic for more than six years.

“Deborah’s care and concern go far beyond the walls of Loyola and the community of patients and co-workers she has contact with every day,” said Urology Clinical Coordinator Barbara Devereux, RN, BSN, CURN, who nominated Dore for the award. “Those she has reached out to, wherever they may be, have felt her love and have been touched by her care."

Dore’s community service work has taken her to Mexico, where she traveled into the mountains to provide medical care to people who did not have access to it. She also volunteers at camps for two weeks at a time every summer to care for physically and developmentally disabled children. In addition, Dore spends countless evenings going to homes of others to cook a meal, help in the home and bring companionship when needed. She also has sponsored a child and provided necessary care and educational and play items.

“This nurse spends her vacations helping others,” Devereux said. “I often wonder when she ever rests."

The Fanchon Knight Nurse of the Year Award was established by Knight’s family to support nursing practice and education. Knight was a beloved nurse who passed away in December 2005, after working at Loyola for nearly 30 years in a variety of roles. At the time of her death, she was working with head and neck cancer patients in the Cardinal Bernardin Cancer Center.

Several other nurses were recognized at the awards ceremony for being clinical experts, leaders, innovators, patient advocates, community servants, mentors, role models or skilled advanced practitioners. The following is a complete list of award winners: