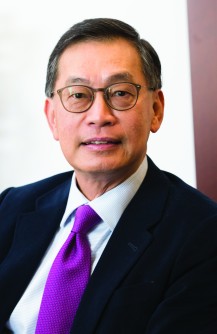 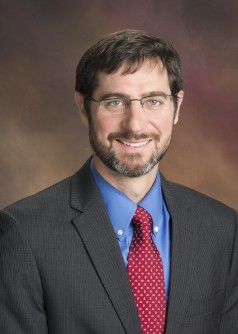 Adam Wolpaw, postdoctoral fellow in the Dang lab and pediatric oncologist at Children’s Hospital of Philadelphia

Newswise — FEBRUARY 7, 2021, NEW YORK – A Ludwig Cancer Research study has identified a potential vulnerability in neuroblastoma tumors that might be exploited to improve treatment of the aggressive childhood cancer, which accounts for roughly 15% of all deaths from pediatric malignancies.

Researchers led by Ludwig Scientific Director Chi Van Dang and Adam Wolpaw, a postdoctoral fellow in the Dang lab and a pediatric oncologist at Children’s Hospital of Philadelphia, describe in the current issue of the Proceedings of the National Academy of Sciences how each of two states assumed by neuroblastoma cells influences the tumor’s visibility to the immune system. They also demonstrate how one of those states might be tweaked to invite anti-tumor immune responses.

“We found that these two distinct subsets of cells in neuroblastoma tumors are seen very differently by the immune system, and that the one that tends to be resistant to chemotherapy is also the one most visible to immune cells,” said Wolpaw. “This suggests we might be able to use immunotherapy to target these drug-resistant cells to prevent relapses and improve care for this childhood cancer.”

Neuroblastoma resists immunotherapy because it is a so-called “cold tumor,” or one poorly infiltrated by immune cells. Exploring the causes of this phenomenon, Wolpaw, Dang and their colleagues noticed somewhat serendipitously that while some neuroblastoma cells are markedly deficient in inflammatory signaling, others are not.

A critical element of the body’s innate immune defenses, inflammatory signaling is switched on by cellular sensors that detect molecular patterns associated with microbes, viruses and dying and cancerous cells. Its activation drives the production of factors that draw immune cells to a site of potential disease, triggering cascading immune responses. Such signals play an essential role in cancer immunotherapy and stimulate therapeutic immunity against tumors following chemotherapy and radiotherapy.

“Many cancers have figured out how to silence this response because one way to evade the immune system is to avoid revealing your presence, and the best way to do that is to eliminate these detectors,” Dang explained.

The researchers examined major inflammatory signaling mechanisms in 20 neuroblastoma cell lines. They found that one mechanism—response to an inflammatory factor known as interferon-γ—was intact in all the cell lines. Another, activated by double-stranded DNA mislocated in the cell’s cytoplasm, was absent in all but one. A third, switched on by double-stranded RNA (dsRNA), was active in some cell lines but dormant in others.

This variability interested the researchers. Examining the phenomenon, they found that a cell line’s “epigenetic” state determined whether dsRNA provoked inflammatory signaling. Neuroblastoma cells toggle between two such functional states. These are the mesenchymal state—associated with cells responsible for recurrent disease, metastasis and chemotherapy resistance—and the far more common adrenergic state. Experiments with the neuroblastoma cell lines revealed that cells in the adrenergic state are unresponsive to dsRNA, while those in the mesenchymal state respond readily.

The researchers showed that when exposed to a molecule named poly (I:C)—a mimic of dsRNA currently being evaluated in clinical trials in combination with immunotherapies—the inflammatory responses of mesenchymal cells made them susceptible to killing by the immune system’s T cells. Mouse studies confirmed that tumors composed of mesenchymal cells were far more infiltrated with immune cells, and so potentially primed for immunotherapy, than those derived from adrenergic cells.

“Our study,” said Dang, “has uncovered key inflammatory signaling mechanisms in neuroblastoma cells that might be activated for therapy. These findings have implications for the development of new strategies to treat drug resistant disease, and Adam is already well along the path to evaluating them in preclinical studies.”

Dang is also a professor in the Molecular & Cellular Oncogenesis Program at the Wistar Institute Cancer Center.

Ludwig Cancer Research is an international collaborative network of acclaimed scientists that has pioneered cancer research and landmark discovery for 50 years. Ludwig combines basic science with the ability to translate its discoveries and conduct clinical trials to accelerate the development of new cancer diagnostics and therapies. Since 1971, Ludwig has invested nearly $3 billion in life-changing science through the not-for-profit Ludwig Institute for Cancer Research and the six U.S.-based Ludwig Centers. To learn more, visit www.ludwigcancerresearch.org.