Māori connections to Antarctica may go as far back as 7th century, new study shows 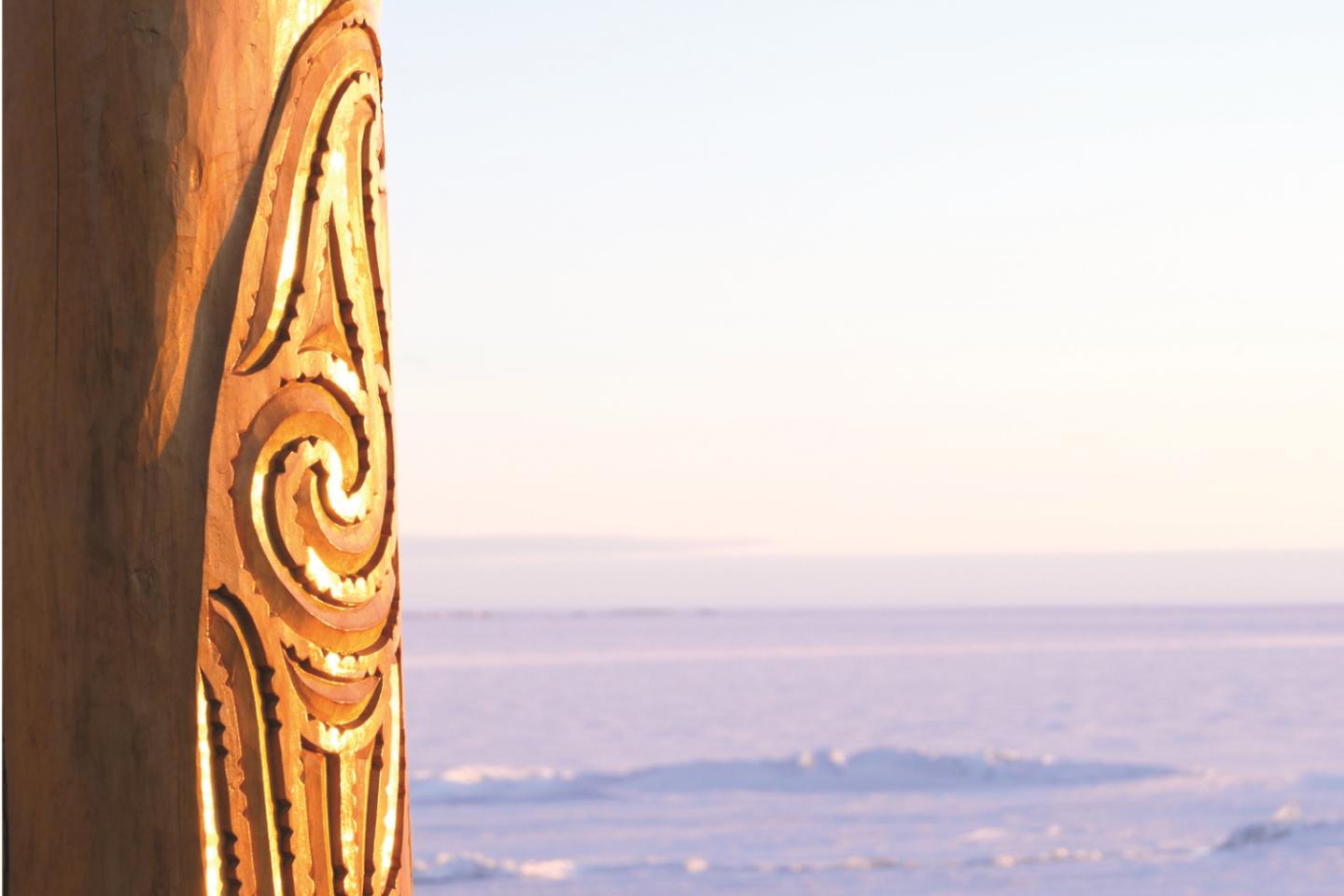 Newswise — Indigenous Māori people may have set eyes on Antarctic waters and perhaps the continent as early as the 7th century, new research published in the peer-reviewed Journal of the Royal Society of New Zealand shows.

Over the last 200 years, narratives about the Antarctic have been of those carried out by predominantly European male explorers.

However, this new study uncovers the story of the deep-rooted connections of Māori (and Polynesian) people with Antarctica dating back as far as the seventh century and continuing into the present day.

"We found connections to Antarctica and its waters have been occurring since the earliest traditional voyaging, and later through participation in European-led voyaging and exploration, contemporary scientific research, fishing, and more for centuries," explains lead author Dr Priscilla Wehi, from Manaaki Whenua Landcare Research the organisation which led the project, alongside researchers from Te R?nanga o Ngāi Tahu.

"Our exploration begins to construct a richer and more inclusive picture of Antarctica's relationship with humanity and builds a platform on which much wider conversations about New Zealand relationships with Antarctica can be furthered."

The study was compiled by a team of researchers who scanned literature and integrated this with oral histories. The outcome is a compiled record of Māori presence in, and perspectives of, Antarctic narratives and exploration, which - the team states - "plays an important role" to fill knowledge gaps about both Māori and Antarctic exploration.

And these stories start as far back as 1,320 years ago.

"We find Polynesian narratives of voyaging between the islands include voyaging into Antarctic waters by Hui Te Rangiora (also known as ?i Te Rangiora) and his crew on the vessel Te Ivi o Atea, likely in the early seventh century," Wehi says.

"These navigational accomplishments are widely acknowledged; and Māori navigators are described as traversing the Pacific much as Western explorers might a lake.

"In some narratives, Hui Te Rangiora and his crew continued south. A long way south. In so doing, they likely set eyes on Antarctic waters and perhaps the continent."

Other evidence gathered includes Māori carvings, which depict both voyagers and navigational and astronomical knowledge.

"As well," Wehi says, "a 'pou whakairo' (translating as carved post), represents Tamarereti as protector of the southern oceans stands on the southernmost tip of the South Island of New Zealand at Bluff. Ngāi Tahu, the largest tribal group in the South Island, and other tribal groups or iwi also cherish other oral repositories of knowledge in relation to these early explorers and voyagers."

These Māori narratives of connections with Antarctic were not limited to these early voyages either. Rather, voyaging and expedition was shown to continue to the present day; "but is rarely acknowledged or highlighted," Wehi says.

And this research, she hopes, will begin more on the path to ensure inclusion of Māori in future relationships with Antarctica.

"Taking account of responsibilities to under-represented groups, and particularly Māori as Treaty partners, is important for both contemporary and future programmes of Antarctic research, as well as for future exploration of New Zealand's obligations within the Antarctic Treaty System."

Further evidence of Māori exploration is likely to enter the public domain in future as tribal researchers partner with iwi to share these narratives, and Māori leadership in Antarctic research grows more visible, including that of the Kāhui Māori in the Antarctic Science Platform.

Journal of the Royal Society of New Zealand