Rather than anger over a lost ear and injured neck, shoulder and hand, Peace Corps volunteer and Johns Hopkins student chose forgiveness 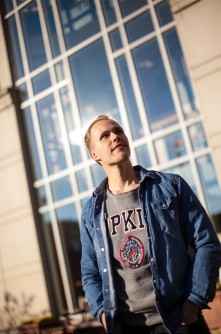 Owen Smith of the Johns Hopkins School of Nursing chose forgiveness over anger after a machete attack nearly killed him in Belize. 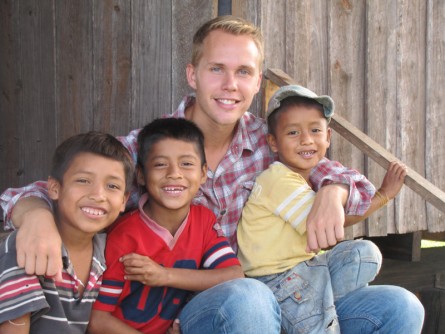 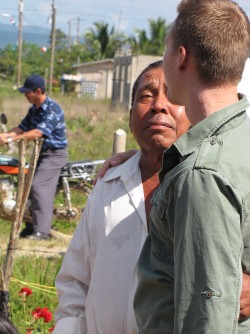 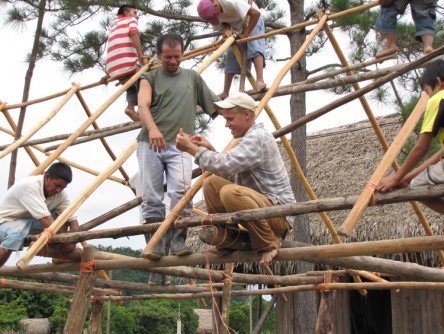 Smith atop a new structure in Trio Village 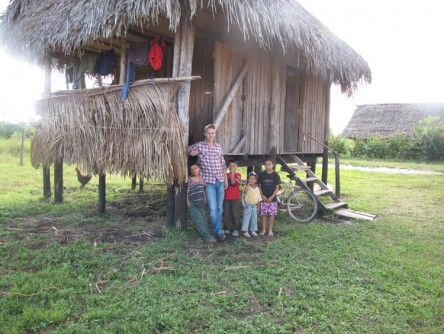 Smith outside his hut with local children, to whom he taught music

Newswise — A machete attack at his Belize hut nearly ended all prospects of a nursing career before it could begin for Owen Smith, a master's student at the Johns Hopkins School of Nursing.

The wounds the Peace Corps volunteer suffered — a lost ear, damaged shoulder, severed finger, injured neck, and facial deformities — were terrifying, he admits. But the blade never touched his spirit.

Smith had chosen Trio Village as a Peace Corps destination in 2010 because he felt he could make a difference there, and the State College, PA, native had quickly become part of the local community, teaching music to young kids in the Trio school, helping to build structures and working to address issues including sanitation and malaria control.

"I never really felt any danger the entire time I was there, until I was injured," Smith recalls. "I had already been in the village for 19 months and I felt ... at home."

Then one night he was watching an American TV show on his laptop when there was an odd noise on the porch of the hut, built on stilts to account for occasional flooding. He figured a neighbor had stopped by to visit, so he went to the partially open door. As he stepped through it, though, he saw only the flash of a machete blade and felt a heat on the right side of his face. His ear was gone, though he did not yet know it. He put up a hand to block the next swing and lost part of a finger. He was also struck in the neck. "I started yelling, first of all, because I was, like, 'I don't want to die with nobody knowing.' "

Smith managed to grab the intruder, the machete between them, and shoved him toward and off the end of the porch, both men tumbling to the ground below. Startled, the man fled into the nearby vegetation as neighbors alerted by Smith's cries for help scrambled to his aid. They slowed the bleeding and got him into a vehicle for an arduous trip to the nearest hospital, ultimately saving his life.

Multiple surgeries followed to rebuild Smith's ear and heal his neck, shoulder and hand, months that Smith admits were sometimes filled with doubt. But as his strength returned, so did his resolve: to fulfill his dream of nursing and to forgive the man who had nearly killed him.

Three months after the attack, he returned to the Belizean village where he served "to face what I'd gone through and also to show the people there, who I loved, that I still cared for them."

The tearful reunion also left Smith more determined to make a difference in nursing and passionate about working with the growing Latin American population in Baltimore. "Living in Highlandtown and volunteering at the Esperanza Center [health services clinic] and Casa de Maryland [a volunteer site for the Community Outreach Program], I often feel like I am still continuing the Peace Corps service I started in Belize.”

“When I remember that my life was spared and I look back on all the individual circumstances that have led me to where I am today, it reminds me that everything does happen for a purpose,” Smith says of his eventual transition to Hopkins Nursing. He is being aided in his studies as a Returned Peace Corps volunteer by a John R. and Ruth Gurtler Foundation Scholarship, established in memory of Ruth Ward Gurtler ’29. 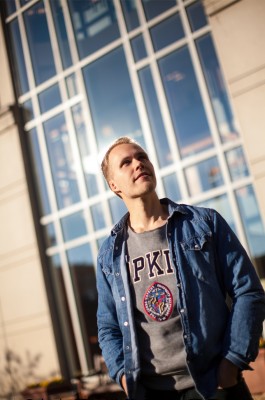 Caption: Owen Smith of the Johns Hopkins School of Nursing chose forgiveness over anger after a machete attack nearly killed him in Belize. 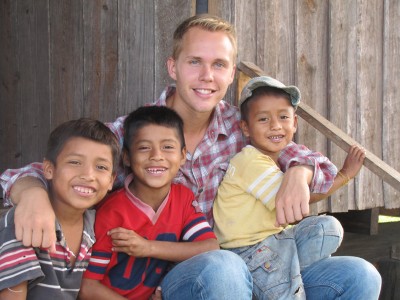 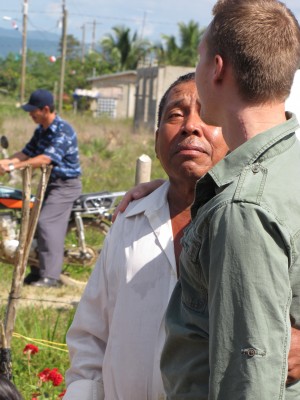 Caption: Smith greets a tearful villager on his return to Trio Village three months after the attack 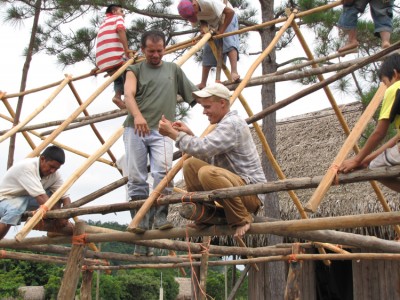 Caption: Smith atop a new structure in Trio Village 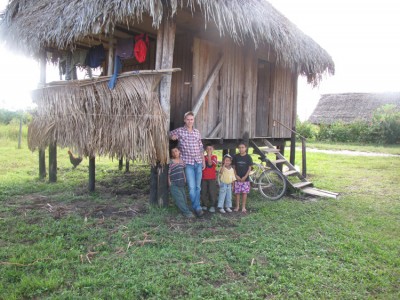 Caption: Smith outside his hut with local children, to whom he taught music