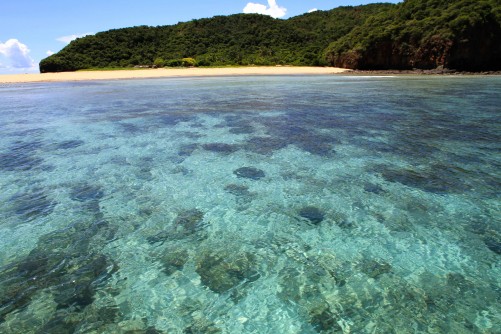 Nosy Lava, one of the 16 islands of Ankarea Marine Park, one of three new marine protected areas created by the Government of Madagascar. 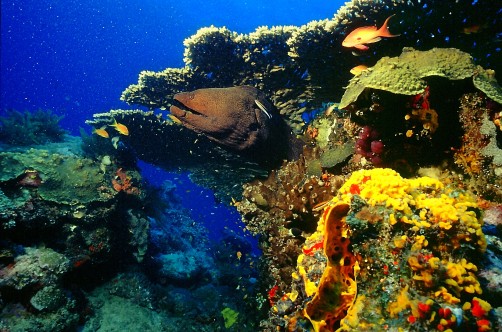 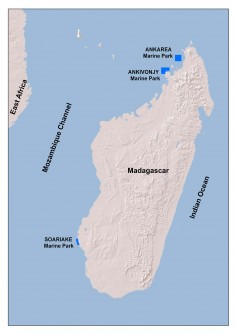 A map of Madagascar with locations of the newly created marine parks.

On April 21, the Malagasy Government granted permanent protection to 27 protected areas, including the country’s first three community-led marine protected areas: Soariake Marine Park in the island nation’s southwest, and Ankarea and Ankivonjy Marine Parks in the northwest. The three marine parks are located along the west coast of Madagascar in what is known as the Mozambique Channel, home to the world’s second-most diverse coral population. Together with the government and local communities, WCS has worked in these three sites over the last five years to develop and establish a new model for marine protected areas in Madagascar using a community-driven, science-based approach.

“As the fifth largest island in the world, Madagascar is home to vast marine ecosystems,” said Mr. Liva Ramiandrarivo, Director of Conservation, Biodiversity and Madagascar’s protected area network in the Ministry for Environment, Ecology, Oceans and Forests. “Thanks to the leadership of the Ministry for Environment, Ecology, Oceans and Forests, and after significant efforts in the field with our partners, WCS, and the Ministry of Aquatic Resources and Fisheries, we are very proud to announce today the permanent protection of the first three marine protected areas in the country that were developed with, and which will be managed in collaboration with, the local community.”

Said Dr. Cristián Samper, WCS President and CEO: “We commend the Malagasy Government for creating these three newest marine protected areas and for supporting the United Nations Aichi Targets to protect 10 percent of the world’s marine habitats. I can think of no better way to celebrate Earth Day than protecting the world’s irreplaceable wildlife heritage.”

Madagascar’s marine biodiversity supports 10 million people in some of the poorest communities in the world, including over 100,000 artisanal fishers who live near the coast and rely on healthy marine and coastal ecosystems for food, revenue, and livelihoods. With their threefold objective of biodiversity conservation, poverty alleviation, and enhancement of the sustainability of the fisheries, these three new marine protected areas place local communities at the center of decision-making and management processes.

“With this model, we have evidence that protected areas benefit not only biodiversity but also local communities by ensuring their food security, bringing much needed additional revenues to local fishermen as well as by empowering them,” said his Excellency Hery Rajaonarimampianina, President of Madagascar, at the 2014 IUCN World Parks Congress in Sydney. “Madagascar is known for its incredible terrestrial wildlife, especially its iconic lemur species found nowhere else on earth. However, with a total marine area twice the size of its terrestrial area, its diverse marine resources are equally impressive,” said Alison Clausen, Country Director of WCS’s Madagascar Program. “The government’s decision to safeguard these vital resources with an expanded marine protected area network that includes a new model of community-led marine protected areas is good news for both the people of Madagascar and the world. WCS looks forward to working with the Government of Madagascar to facilitate the rapid uptake of this model to the growing Madagascar marine protected areas network.”

These marine parks protect some of the most diverse coral populations of the planet, and Soariake Marine Park contains one of the biggest reef systems in the world. The parks protect important nesting sites for marine turtles and critical habitats for diverse, abundant, and endangered cetacean populations (including humpback whales, blue whales, sperm whales, and beaked whales). Ankivonjy and Ankarea Marine Parks represent some of the few remaining refuges in the Western Indian Ocean for dugongs, whale sharks, and the Critically Endangered sawfish and Madagascar fish eagle.

In these marine parks, coral reefs, mangrove habitats, and megafauna species such as marine mammals, sea turtles, whale sharks and manta rays are protected, marine resources can be sustainably harvested by local communities, and large-scale fishing operations are prohibited to avoid depletion of resources and secure local livelihoods. In addition, biodiversity hotspots and important cultural areas are protected through more than 100 square miles of no-take zones.

In addition to conserving biodiversity, the marine parks protect cultural heritage and promote sustainable socioeconomic development to contribute to poverty reduction. “Strategies to achieve these objectives include the empowerment of local people, enhancement of locally existing natural resource management systems, increased environmental awareness, the implementation of relevant monitoring and law enforcement systems, and alternative or improved livelihoods activities to reduce poverty while reducing both fishing effort and people’s dependency on fisheries,” said Dr Ambroise Brenier, Marine Technical Director of WCS’s Madagascar Program. “This is precisely what we have been doing for the past few years with local communities, government, and private and NGO partners such as GRET (Professionals for Fair Development) in Ankivonjy and Ankarea Marine Parks and WWF in Soariake Marine Park.”

“We applaud Madagascar for taking a leadership role in the conservation of the Western Indian Ocean, a global hotspot for marine biodiversity,” said Dr. Caleb McClennen, Executive Director of WCS’s Marine Program. “Increased marine protected areas like these that provide no-take zones with adjacent sustainable fisheries management are essential for the long term health of our oceans.”

The Wildlife Conservation Society has been helping the world discover and conserve our oceans for over a century. WCS engages in ocean protection, sustainable fisheries, and marine species conservation across the waters of 23 countries and all 5 oceans.

On Thursday, June 11, 2015, WCS will host its annual black tie Gala reception and dinner at the Central Park Zoo. The evening will celebrate WCS's vital role in protecting vulnerable marine species off the coast of New York and around the globe and provide critical support for WCS's parks, education, global health, and global conservation programs. For more information or to purchase tables and tickets, visit wcs.org/Gala.

About the Wildlife Conservation Society (WCS)MISSION: WCS saves wildlife and wild places worldwide through science, conservation action, education, and inspiring people to value nature. VISION: WCS envisions a world where wildlife thrives in healthy lands and seas, valued by societies that embrace and benefit from the diversity and integrity of life on earth. To achieve our mission, WCS, based at the Bronx Zoo, harnesses the power of its Global Conservation Program in more than 60 nations and in all the world’s oceans and its five wildlife parks in New York City, visited by 4 million people annually. WCS combines its expertise in the field, zoos, and aquarium to achieve its conservation mission. Visit: www.wcs.org; http://www.facebook.com/TheWCS; http://www.youtube.com/user/WCSMedia Follow: @thewcs. 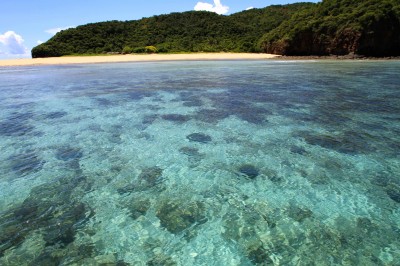 Caption: Nosy Lava, one of the 16 islands of Ankarea Marine Park, one of three new marine protected areas created by the Government of Madagascar. 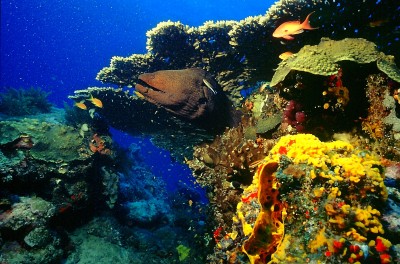 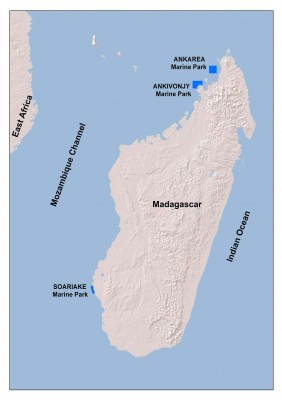 Caption: A map of Madagascar with locations of the newly created marine parks.