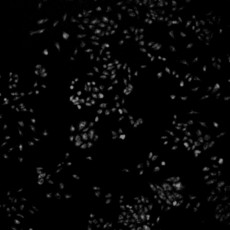 Newswise — A nanoparticle-based drug delivery concept in which an applied magnetic field directs the accumulation in tumor cells of custom-designed, drug-filled nanocarriers has been demonstrated by University at Buffalo researchers.

The new approach, recently published in Molecular Pharmaceutics, may lead to treatments that exploit the advantages of photodynamic therapy (PDT) and that have the potential to reduce drug accumulation in normal tissues.

The in vitro results showed that magnetically guided delivery to tumor cells of these customized nanocarriers allowed for more precise targeting, while boosting cellular uptake of the PDT drugs contained inside them.

"This is a novel way to enhance drug delivery to cells," said Paras Prasad, Ph.D., executive director of UB's Institute for Lasers, Photonics and Biophotonics, SUNY Distinguished Professor in the Department of Chemistry in the UB College of Arts and Sciences and co-author on the paper.

"The externally applied magnetic field acted as a kind of 'remote control,' directing the nanocarriers to the targeted area in the cell culture," he said.

Once the magnetic field was applied, the concentration of drug inside the tumor cells in the target area increased.

"We have shown that we can use magnetophoretic control to deliver PDT drug to tumor cells, resulting in increased accumulation inside those cells," explained Tymish Ohulchanskyy, Ph.D., senior research scientist in the Department of Chemistry.

The research was conducted with partial funding from UB's New York State Center of Excellence in Bioinformatics and Life Sciences, which is a major supporter of the nanomedicine program at the Institute for Lasers, Photonics and Biophotonics. Prasad is affiliated with the Bioengineering/Tissue Engineering Team at the Center of Excellence.

According to Prasad, photodynamic therapy is one of the most promising treatments for cancer; it's also being investigated as a treatment method for cardiovascular, dermatological and ophthalmic diseases.

PDT exploits the propensity of tumors to retain higher concentrations of photosensitive drugs than normal tissues. When exposed to laser light, these drugs generate toxic molecules that destroy the cancer cells.

The main side effect associated with photodynamic cancer therapy is the patient's strong sensitivity to light for four to six weeks after treatment, a result of PDT drugs that accumulate in the skin.

"The magnetically guided drug delivery would allow for the use of lower concentrations of the drug to deliver a therapeutic dose, thus significantly reducing the amount of PDT drug that accumulates in normal tissue," said Prasad.

The UB team achieved these results with a novel nanocarrier system, developed from polymer micelles, which are nanosized, water-dispersible clusters of polymeric molecules.

Prasad explained that polymeric micelles are excellent nanocarriers for PDT drugs, which are mostly water-insoluble.

Along with the photodynamic drug, the UB researchers encapsulated inside the nanocarriers iron oxide nanoparticles, which allowed them to respond to externally applied magnetic fields.

In the experiments, nanocarriers were shown to be efficiently taken up by cultured tumor cells in the area exposed to the magnetic field, as demonstrated by confocal microscopy.

While the team has demonstrated this concept with PDT drugs, Prasad said the technique would be useful in delivering gene therapy, chemotherapy or practically any kind of pharmaceutical treatment into cells.

"Because the nanocarriers proved to be significantly stable and because they retained the PDT drugs, we are optimistic that they will be able to deliver a wide range of therapies to tumors or other disease sites in the body without any significant loss in the circulatory system or in normal tissues," said Prasad.

The team is beginning in vivo studies on the new drug-delivery method.

Preliminary studies in live animals have indicated that an applied magnetic field can effect a localized accumulation in the tumor site, according to Earl J. Bergey, Ph.D., deputy director of biophotonics at the UB institute and a co-author on the paper.