Aerogels could improve some of our favorite machines, such as cars 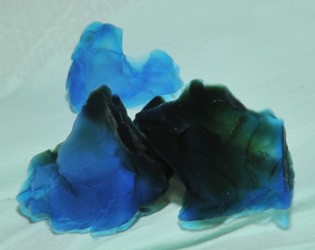 Newswise — One day, Union College’s Aerogel Team’s novel way of making “frozen smoke” could improve some of our favorite machines, including cars.

“When you hold aerogel it feels like nothing – like frozen smoke. It’s about 95 to 97 percent air,” said Ann Anderson, professor of mechanical engineering. “Nano-porous, solid and very low density, aerogel is made by removing solvents from a wet-gel. It’s used for many purposes, like thermal insulation (on the Mars Rover), in windows or in extreme-weather clothing and sensors.”

Together with Brad Bruno, associate professor of mechanical engineering, Mary Carroll, professor of chemistry and others, Anderson is studying the feasibility of commercializing their aerogel fabrication process. A time and money-saver, it could appeal to industries already using aerogel made in other ways.

During rapid supercritical extraction (RSCE), chemicals gel together (like Jell-O) in a hot press; the resulting wet-gel is dried by removing solvents (the wet part). The remaining aerogel (dried gel), is created in hours, rather than the days or weeks alternative methods take.

RSCE, Anderson said, is also approximately seven times cheaper, requiring one hour of labor for every 8 hours the other methods need.

A good place for such a process, and Union aerogel, is the automotive industry.

Indeed, the surface area of one 0.5-gram bit of aerogel equals 250 square meters.

“That’s a lot of surface area for gases to come in contact with, facilitating very efficient pollution mitigation,” Anderson said.

The team’s work has received support from the National Science Foundation, the ACS Petroleum Research Fund and the Union College Faculty Research Fund.