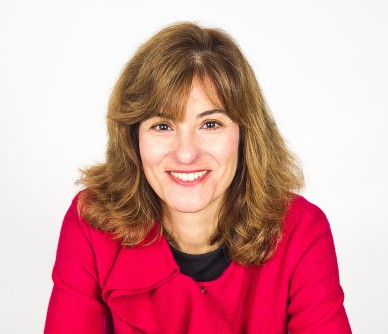 Russia expert Lisa Baglione,Ph.D., professor and chair of political science at Saint Joseph's University in Philadelphia, sees the crisis surrounding the downing of Malaysian Airlines Flight 17 as an opportunity for positive transformation in the volatile relationship between Russia and Ukraine.

"Analysts and pundits of all stripes agree that the tragic shooting down of Malaysia Airlines Flight 17 is a crisis in global politics, and most perceive this event to forebode a turn for the worst. Many American commentators call for tough action against the Russians for their part in supplying the missiles and military personnel (or training) that U.S. intelligence asserts are responsible for shooting down the plane. But will harsh consequences serve American and global interests, or are there alternatives?

The argument that the Russians and Putin need to pay for what has happened is based on the view that that country and its leader will only change their behavior if they understand that consequences for their support of the separatists will be costly. Many observers seem to believe that if the United States and its allies show Putin the price of his actions, he will reverse course, because he will perceive the support of the rebels as not worth the consequences that his economy and society will experience from being cut off further from the Western world.

While the global public, and especially the victims’ families, need to find out what happened, whether the world will obtain the truth without Russian cooperation is highly doubtful. It’s also unclear that Russia will ever admit what happened, even if evidence is incontrovertible. But certainly, getting to a desirable outcome — which includes reducing the tension in Ukraine and providing safer airways, as well as getting justice for the victims — will never occur if Russia has its back up against a wall.

Giving Putin a way to distinguish himself and his country from the rebels and using this tragedy as an opportunity for coming to a compromise political solution in eastern Ukraine is crucial. Since the Crimea annexation, knowledgeable Western observers have maintained that Ukraine needs to function as a bridge between East and West, and that outcome can’t happen if Putin feels cornered.

The right course is to pursue diplomatic solutions to encourage Russia to use this crisis as a means to change its ways in Ukraine. As we approach the 100th anniversary of the outbreak of World War I, a war that spiraled, unwanted, out of another European tragedy in a place riven with ethnic conflict, let our policy makers act with the wisdom to create a positive turning point, so all can perceive in this crisis, not only the potential for doom, but also the opportunity for hopeful transformation."

Baglione can be reached for comment at [email protected], or by calling the office of University Communications at 610-660-3240.