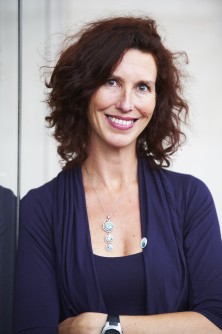 Two events (morning and evening), held under the patronage of Her Excellency Marie Louise Coleiro Preca, President of Malta, shared the different European opportunities and experiences for promoting cancer prevention through environmental action.

“We chose this theme because the European Union is leading the world in environmental policy to promote health. We want to make sure policy makers and all stakeholders in Malta and elsewhere know how to maximize the potential,” said Esther Sant, Chairperson of Action for Breast Cancer Foundation.

The keynote address: “Environmental policy as a lever in cancer prevention” was given by Génon K. Jensen, Executive Director of Health and Environment Alliance (HEAL) in Brussels. HEAL brings together more than 70 networks and groups that are concerned about how the environment affects health in Europe.

Scientific evidence linking the risks of cancer with environmental factors has increased dramatically in recent years. For example, within the past 18 months, the World Health Organization’s cancer agency (IARC) has officially recognised air pollution as a contributor to lung cancer. In response to growing evidence, the American Public Health Association (APHA), which is the largest public health organization in the world, has adopted a ground-breaking resolution on the elevated risk of breast cancer faced by women in certain occupations and from everyday environmental exposures.

Hormonal cancers, such as those of the breast, prostate and testes, are increasingly linked to chemical exposures. The incidence of all three of these cancers has risen rapidly in recent decades in Europe. Experts are in agreement that the upward trends cannot derive entirely either from genetics or an aging population or better screening. Environmental exposures are among the likely causes, especially exposure to certain harmful “hormone disrupting” chemicals found in everyday products, such as food and beverage containers and cosmetics.

Andrew Grech, a survivor of testicular cancer, raises awareness about male cancers in Malta by speaking to the press and via his Malta Male Cancer Awareness Facebook page. He told the conference that with more knowledge, a man can get an early diagnosis and therefore perhaps circumvent the chemotherapy. It is a very treatable cancer if detected early.

Fortunately, it may also be possible to prevent some cases of testicular cancer from ever developing by addressing environmental causes. A recent report from Nordic governments on health costs suggested that up to 40% of testicular cancer may be due to exposure to endocrine (or hormone) disrupting chemicals.

Testicular cancer is unusual in that it mainly affects young – rather than older - men. The risk of developing testicular cancer depends very much on where you live – rates are very low in Africa, much higher in Western Europe. Even in Europe, rates diverge with incidence in Denmark three times as high as in Malta. But although testicular cancer is relatively rare in Malta (an average of 10 new cases each year and one death every two years), rates are rising rapidly in most European countries. Action to remove exposure to hormone disrupting chemicals in the everyday environment represents an important opportunity to cut the incidence of this cancer.

Policy changes related to both endocrine disrupting chemicals and air quality standards are currently being debated in the European institutions, where 90% of European environmental legislation is created. The work of Health and Environment Alliance (HEAL) is to advocate for environmental policy that benefits public health and cancer prevention.

“HEAL focuses on policy changes at the EU level. But some of our members work closely with their governments on environmental protection to prevent cancer at national level. For example, France now addresses environmental pollutants in their national cancer plans. With the Malta Cancer Plan coming to an end this year, the Maltese Government has a great opportunity to strengthen this component in future anti-cancer strategy and plans.”

One of the objectives of the current European environment action programme is to safeguard Europe’s citizens, from environment-related pressures and risks to health and well-being. In a video address to the conference, Malta’s Karmenu Vella, the European Commissioner for Environment welcomed greater focus – and action - on environmental policy to promote cancer prevention.

“World Cancer Day is not only meant to make us think, but more so to make us act,” he said.

“Over 27,000 comments and suggestions were received in the recent EU public consultation on endocrine disrupting chemicals. I will continue to work with the European Commissioner for Health to make sure these this input is taken into account in the preparation of the relative legislation.

“The Commission’s Clean Air Policy Package, which is now on the table of the co-legislators, is an integrated and comprehensive way aiming to reduce these harmful impacts by at least 50% by 2030.

“Better air means healthier people, who are more productive at work, enjoy a healthier lifestyle, and above all live longer. A cost benefit study shows that this package will have both an environmental as well as an economic positive impact. In public debates, the EU’s clean air package has already received a lot of support as to why Europe needs cleaner air, and I expect all member states to act to achieve their citizens’ expectations. And this is where a strong voice such as yours really counts.”

Action for Breast Cancer Foundation is a voluntary organisation campaigning for a quality assured service in the diagnosis and treatment of breast cancer in Malta and Gozo. This initiative includes advocacy for the primary prevention of cancer, and awareness initiatives to highlight the environmental and occupational risks associated with breast cancer. Since Malta already has a National Breast Screening Service, Action for Breast Cancer Foundation calls on the government to continue to develop this service by increasing the age limit and also including high risk individuals and first degree relatives because early detection can lead to more effective treatment, better managed medical expenditure and can, therefore save many more lives. Set up in March 2007, as an NGO registered with the public registry, the Foundation’s committee started out with four members. Later, more members came forward with an interest in joining the team and today the committee includes Esther Sant as Chairperson and Betty Lee, Sarah Cardona, Jenny Oakley, Dr Noel Buttigieg Scicluna and Laura Sammut serving on the committee. Website: http://www.actionforbreastcancer.com/ 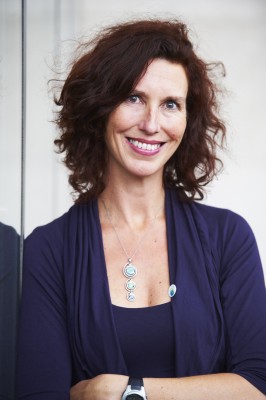