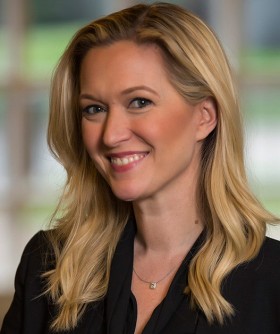 Newswise — This year’s Winter Olympics is shaping up to be the feel-good story that U.S. audiences are eager amid an era of fractious politics, says Kelly Goldmsith, associate professor of marketing at Vanderbilt University’s Owen Graduate School of Management.

“In today’s political climate, people are thirsty for good news, stories they can feel happy about and that aren’t politically polarizing,” said Goldsmith, who specializes in consumer psychology and market research. “The Olympics is well positioned to feed into that demand. You could see that mood reflected in the feel-good stories that were used to frame the advertisements for the Olympics during the Super Bowl.”

That sentiment is also likely to spell good news for television ratings and online viewership, as well as for advertisers whose messages are aligned with the positive aspects of the upcoming Winter Games. Goldsmith cautions that audiences might be less receptive to ads emphasizing competitive dominance, as opposed to storylines highlighting triumph over adversity, often with the support of friends and family in the background.

Goldsmith serves on the editorial board of the Journal of Marketing Research and the Journal of Consumer Research. She has been named one of the “Top 40 Most Outstanding B-School Professors in the World” by the news site Poets & Quants and one of “Eight Young B-School Professors on the Rise,” by Fortune magazine. Before pursuing an academic career, Goldsmith was a contestant on the third season of the reality-TV show Survivor.

[Media Note: Vanderbilt has a 24/7 TV and radio studio. The studio is free for Vanderbilt experts, other than reserving fiber time. Watch a video of Goldsmith here.]