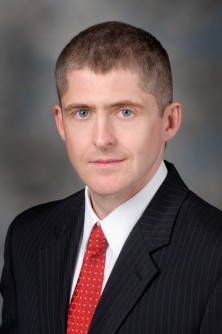 Newswise — In a review of guideline-concordant treatment modalities for women with early stage breast cancer, mastectomy and reconstruction had the highest rate of complications and complication-related costs, regardless of age. It was also the most expensive treatment option in a younger patient population, according to a new study from The University of Texas MD Anderson Cancer Center.

The research is published in the Journal of the National Cancer Institute, and was first presented at the 2015 San Antonio Breast Cancer Symposium. Benjamin D. Smith M.D., associate professor of Radiation Oncology and Health Services Research, say the findings should help guide patients and physicians to determine the most appropriate treatment option, as well as help define which local therapies offer the highest value to both patients and payers.

“In our conversations with patients, we explain that they can have lumpectomy and whole breast irradiation or mastectomy with or without reconstruction. But we do not have a nuanced understanding of the pros and cons of those different approaches,” explained Smith.

“Until now, there’s been little data to understand the differences in complication profile of these treatment options, and even less data to understand the difference in cost between those options. It was important that we try to quantify their complication profile and cost, both for patients making these decisions and for payers.”

It’s also paramount to understand the differences because over the last decade, the rate of mast+recon has continued to rise in the United States, as reconstruction has become more widely accessible. This study is the first to quantify the harm associated with this trend, says Smith.

For the retrospective, population-based study, the researchers collected data on early-stage breast cancer patients from 2000-2011, all of whom had insurance coverage one year prior and two years post diagnosis. In total, 44,344 patients from the MarketScan research database (a nationwide employment claims database) younger than 65, and 60,867 patients from the SEER-Medicare database age 66 and older were identified.

Complications from local therapy was defined as a diagnosis or procedure code within two years for any of the following: wound complication; local infection; seroma or hematoma; fat necrosis; breast pain; pneumonitis; rib fracture; implant removal or graft failure.

Of note, said Smith, is that cost data in the study is from 2010 and 2011 only. Smith found the study results shocking, especially the finding that the average insurance company of patients who chose mast+recon pays approximately $10,000 over two years to manage the complications of that procedure.

He says that these findings should be helpful for patients who could choose either therapy to understand the tradeoffs for them, their physicians, as well as for those who are paying for their care.

“What we show for the first time is that while the patient is undergoing more surgery, she is also taking on a considerable amount of risk with regard to what could happen. If the patient can have a lumpectomy and radiation, it may be a smoother course than going through a mastectomy, reconstruction and potentially other surgeries,” explained Smith. Understanding this type of data is fundamental to health care entities and insurers to think about how they can get the most value for their investment in treating early breast cancer in their patient population. Smith thinks that this type of data will provide guidance for insurance companies as they start to think about bundled payments for breast cancer care.

Despite the findings, Smith stresses that for some patients with early breast cancer, mast+recon is truly their best treatment option, and that these research findings should not be used to decrease reimbursement or coverage for mast+recon when medically indicated.

This study was funded by grants from the Department of Health Services, Varian Medical Systems, and the Duncan Family Foundation. Smith has no conflicts to declare.