Match matters: The right combination of parents can turn a gene off indefinitely 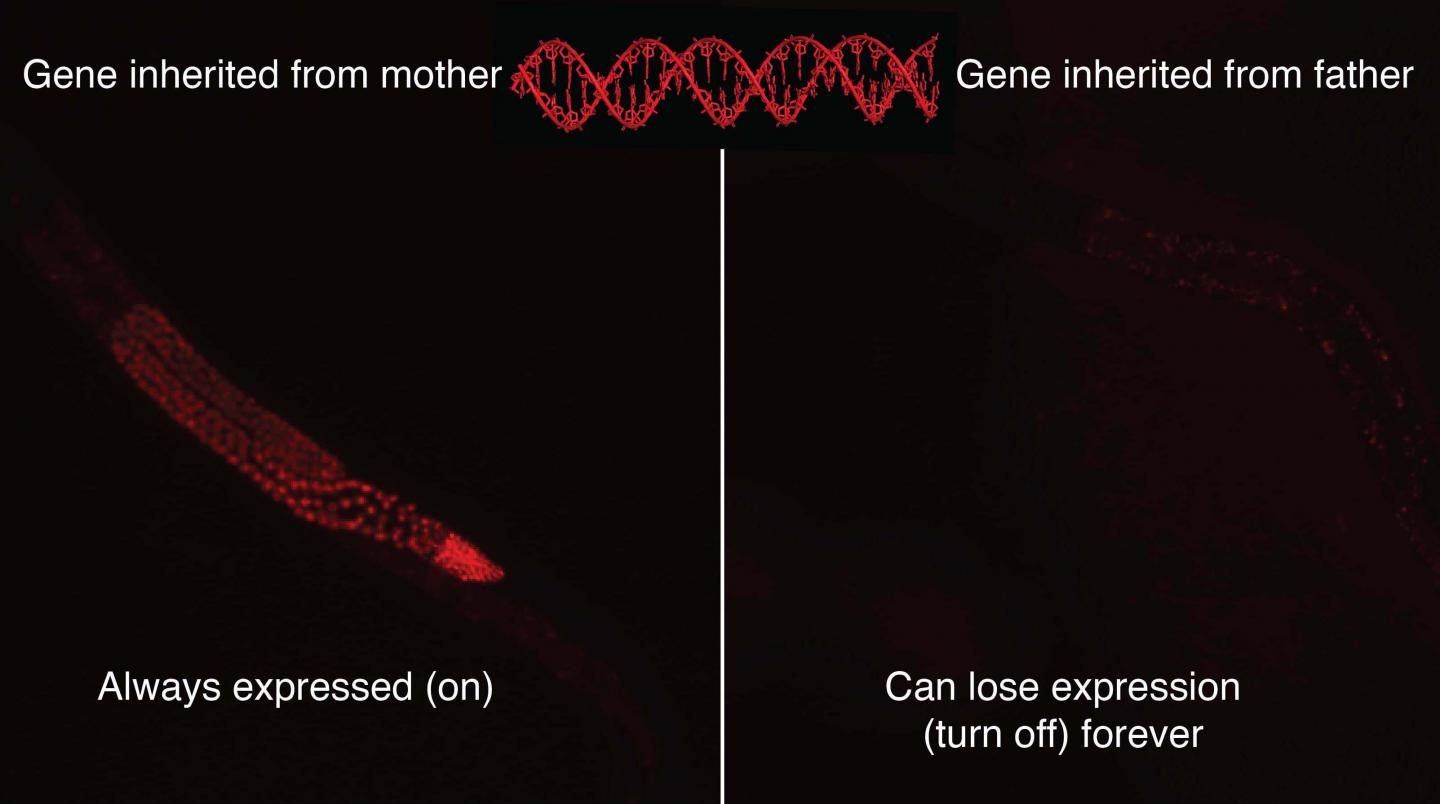 Newswise — Evidence suggests that what happens in one generation--diet, toxin exposure, trauma, fear--can have lasting effects on future generations. Scientists believe these effects result from epigenetic changes that occur in response to the environment and turn genes on or off without altering the genome or DNA sequence.

But how these changes are passed down through generations has not been understood, in part, because scientists have not had a simple way to study the phenomenon. A new study by researchers at the University of Maryland provides a potential tool for unraveling the mystery of how experiences can cause inheritable changes to an animal's biology. By mating nematode worms, they produced permanent epigenetic changes that lasted for more than 300 generations. The research was published on July 9, 2021, in the journal Nature Communications.

"There's a lot of interest in heritable epigenetics," said Antony Jose, associate professor of cell biology and molecular genetics at UMD and senior author of the study. "But getting clear answers is difficult. For instance, if I'm on some diet today, how does that affect my children and grandchildren and so on? No one knows, because so many different variables are involved. But we've found this very simple method, through mating, to turn off a single gene for multiple generations. And that gives us a huge opportunity to study how these stable epigenetic changes occur."

Jose and his team began this work in 2013, while working with nematode worms, Caenorhabditis elegans (C. elegans), a species often used as a model for understanding animal biology. The scientists noticed that worms bred to carry a gene they called T, which produces fluorescent proteins, sometimes glowed and sometimes didn't. This was puzzling because the glowers and the non-glowers had nearly identical DNA.

"Everything began when we stumbled upon a rare gene that underwent permanent change for hundreds of generations just by mating. We could have easily missed it," said Sindhuja Devanapally (Ph.D. '18, biological sciences), a co-lead author of the study who is now a postdoctoral fellow at Columbia University.

"We found that there are these RNA-based signals controlling gene expression," Jose said. "Some of these signals silence the gene and some of them are protective signals that prevent silencing. These signals are duking it out as the offspring develop. When the gene comes from the mother, the protective signal always wins, but when the gene comes from the father, the silencing signal almost always wins."

When the silencing signal wins, the gene is silenced for good, or for at least 300 generations, which is how long Jose and his colleagues followed their laboratory-bred worms. Previous examples of epigenetic changes were more complex or they did not last more than a couple of generations. The researchers don't yet know why the silencing signal only wins some of the time, but this new finding puts them in a much better position to explore the details of epigenetic inheritance than ever before.

"While we've found a set of genes that can be silenced almost permanently, most other genes are not affected the same way," said the study's other co-lead author, Pravrutha Raman (Ph.D. '19, biological sciences), who is now a postdoctoral fellow at Fred Hutchinson Cancer Research Center. "After silencing, they bounce back and become expressed in future generations."

With their new findings, the researchers now believe some genes could be more vulnerable to permanent epigenetic change while other genes recover within a few generations. Although studies in worms are not the same as in humans, the research provides a window into biological processes that are likely shared, at least in part, by all animals.

"The two big advantages we now have from this work are that this long-lasting epigenetic change is easy to induce through mating, and that it occurs at the level of a single gene," Jose said. "Now we can manipulate this gene and control everything about it, which will allow us to determine what characteristics make a gene susceptible or resistant to heritable epigenetic change."

Jose and his colleagues expect that future studies may one day help scientists identify human genes that are vulnerable to long-lasting epigenetic changes.

This work was supported by the National Institutes of Health (Award Nos. R01GM111457 and R01GM124356). The content of this article does not necessarily reflect the views of this organization.