Matchmaker, Matchmaker Make Me a Match 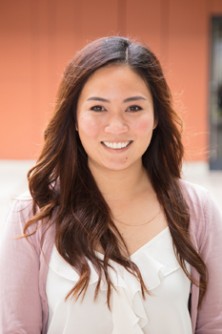 Susan Seav, a student with a difficult upbringing who is now an advocate for the underserved and wants to specialize in internal medicine. 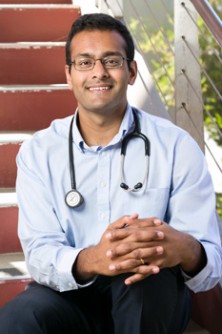 Devesh Vashishtha, a new dad whose passion for policy change in health care has led him to a focus in family medicine. 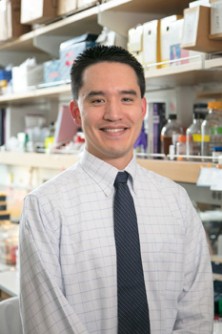 Leo Lin, a graduate earning both an MD and a PhD who wants to pursue a career in pathology and whose work in the lab has resulted in saving many lives.

Newswise — Each year, at precisely the same moment — 12 p.m. on the East coast, 9 a.m. on the West — thousands of graduating medical school students across the country simultaneously tear open an envelope. The single sheet of paper inside informs each graduate where he or she will do their residencies — in other words, where each will spend the first several years of their careers as working doctors.

It’s called Match Day. Started in 1952 and operated by the non-profit National Resident Matching Program, the event culminates months of applications and interviews by fourth-year medical school students, each of whom may have visited a dozen or more hospitals and institutions across the country in search of their perfect match.

Each student creates a ranking of their choices. Meanwhile, each hospital and institution creates its own list of preferred students. A computer algorithm compares the lists, crunches the numbers, generates millions of possible combinations, and finally, produces a single choice for each matched student.

“I really hope my match is either in San Diego or Salt Lake City,” said Leo Lin, UC San Diego medical student. “I went through medical school with two young children, and I am eternally grateful for my family’s support. I look forward to them standing my by side as I open up my envelope.”

This year, Match Day is Friday, March 16. The 109 members of the 2018 graduating class of the University of California San Diego School of Medicine will gather just before 9 a.m. at the Medical Education and Telemedicine Building on the La Jolla campus.

“Match Day is a celebratory event that symbolizes the admirable amount of dedication and hard work showcased by each student. There are students who have gone through medical school with newborn babies and others whose spouses were deployed overseas,” said Carolyn Kelly, MD, professor of medicine and associate dean for admissions and student affairs. “It is an honor and true delight to watch the students find their match and celebrate with their classmates, families and all of us within the medical field who have watched them grow as individuals and the next generation of doctors.”

This rite of passage for medical students will mark a new chapter in their already remarkable stories. Here are three:

After her father died when she was two-years-old, Susan Seav watched her illiterate mother raise six children on her own. “My mother’s struggles with her mental and physical health are what compelled me to become a doctor. School was an escape from all the troubles at home, and I was lucky to have teachers who supported and guided me along the way.”

Seav earned a full scholarship to Harvard University to study biology then chose UC San Diego School of Medicine because “it puts medical students in the driver’s seat of their education and has a solid foundation in biological sciences.”

During her time at UC San Diego, Seav was able to fuel her passion for helping underserved communities through programs like the Student-Run Free Clinic Project. Seav also worked with specialists to study fertility preservation for young, female cancer survivors, and in her fourth year of medical school, she took her interest in public health abroad to Peru to provide medical treatment in marginalized communities. “My parents fled the genocide in Cambodia and spent five years in a refugee camp. That has always stayed with me and has played into my decision to help those in need.”

Seav wants to go into internal medicine. “It’s a field that fosters teamwork, community and commitment to individualized patient care — values I hold dear to my heart.”

He may not be getting a lot of sleep these days with a newborn baby, but Devesh Vashishtha is fully energized about his future as a doctor. “I want to be a family physician so that I can design policies that improve community health and well-being.”

Vashishtha was part of the medical scholars program at UC San Diego, which means that he was given provisional acceptance to medical school right out of high school. “It gave me the flexibility to study political science as an undergraduate and take a gap year to study Indian classical vocal music.”

During his first and second years of medical school, Vashishtha was inspired by courses that helped him build skills as a critical thinker. Through an elective class, Vashishtha had the opportunity to work with California State Assemblywomen Lorena Gonzalez Fletcher on a state bill that provided sick leave to millions of workers. “It was an incredible honor to be a part of that achievement.”

Vashishtha says his career trajectory was profoundly impacted by his experiences as a medical student in the Student-Run Free Clinic Project. “I loved experiencing interdisciplinary, team-based care and developing a philosophy of ‘cultural humility’ at the clinic.”

But it is his memory of former UC San Diego classmate, Madison Cornwell, who was killed in a drunk driving accident three years ago, that gives Vashishtha the ongoing motivation to be the best doctor he can be. “She was a dear friend of mine, and I will never forget her commitment to compassionate care. I carry her forward with me in everything I do.”

One of the accomplishments that Leo Lin is most proud of while studying at UC San Diego is mentoring a middle school student. Together, they not only determined which brand-name contact lens solutions are the best at preventing eye infections, but they came up with a unique combination of ingredients that is better at killing bacteria than anything currently on the market. “It was so rewarding to see her succeed in the research lab, at multiple state science fair competitions and get accepted to Princeton.”

Lin is graduating from the Medical Scientist Training Program, in which students earn both an MD and PhD. “My goal was always to go to medical school. My two interests are research and underserved medicine and UC San Diego was a good fit for both.”

During the years spent working on his PhD, Lin studied the interactions between pharmaceutical antibiotics and the human immune system in order to find ways to better treat multidrug-resistant bacterial infections.

In the course of that thesis work, Lin overturned medical dogma. The medical community had long believed that azithromycin, a common antibiotic, only works for a certain type of bacterial infection. Instead, Lin found that azithromycin does kill many other bacteria — it had been over looked simply because standard lab testing doesn't reflect real-world conditions in the human body. His finding prompted review of the current standard of care for patients with certain multidrug-resistant bacterial infections, and anecdotally, saved several lives.

Lin is focused on a medical career in pathology. “It’s a field that tests samples for everything from a cancer diagnosis to microbiology. Many pathologists have developed new diagnostics or therapies and launched startup companies to bring them to market, and ultimately, improve patient care.”