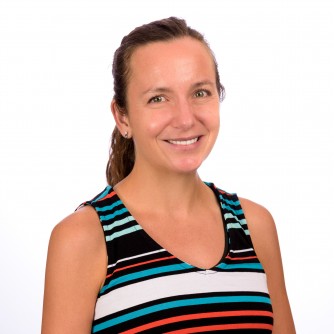 With 39 Grand Slams in singles, doubles and mixed doubles play, Serena Williams is among the greatest tennis players of all time - among women. That’s according to tennis icon John McEnroe who recently reignited a firestorm of debate over male and female athleticism with an arguably diminishing remark about Williams as a tennis talent. Suggesting she wouldn’t be able to hold her own against male tennis players on today’s pro circuit, McEnroe’s comments have served up memories of the infamous Bobby Riggs-Billie Jean King Battle of the Sexes contest alongside the discussion about gender stereotyping in sports and why those attitudes still persist.

Victoria Jackson is a Sports Historian in the School of Historical, Philosophical and Religious Studies at Arizona State University. A former track and field professional, Jackson now lectures on the history of sport in higher education; the pressures faced by female athletes in the world of sports; and how the perceptions that divide men and women in sports also divide them in the workforce.

This year also marks the 45th anniversary of the enactment of Title IX, the law that prohibits discrimination on the basis of sex in any federally funded education program or activity. Jackson is available to speak on this and other current topics related to sports.