Small molecule compound identified that can activate the Wnt pathway in non-Wnt subtypes of medulloblastoma, 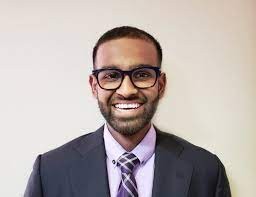 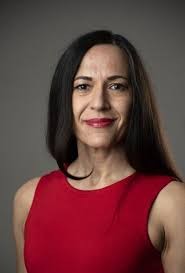 Embargoed by Nature Communications until Friday, August 28 at 5 a.m. EDT

Newswise — Hamilton, ON (August 28, 2020) – Brain cancer in children is always a devastating diagnosis, but McMaster University researchers may have found a way to have the most serious types of pediatric brain cancer respond better to therapies.

Medulloblastoma (MB) is the most common malignant childhood brain tumour and it has recently been categorized into four molecular subtypes. Group 1 tumors have excellent outcomes, rarely spread, and are rarely lethal. But Groups 2, 3 and 4 are still aggressive, have metastatic spread and are lethal in 20-30% of patients despite full treatment.

Group 1 MB is also called the Wnt subtype, because it is characterized by apparent activation of the Wnt signaling pathway, a signaling pathway important in multiple tissues and organs during normal development.

Research conducted in Dr. Sheila Singh’s laboratory at McMaster University published today in the journal Nature Communications, has identified a small molecule compound that can activate the Wnt pathway in non-Wnt subtypes of medulloblastoma, making these aggressive forms of cancer more responsive to therapies.

The work also found the Wnt pathway, which has historically been considered cancer-promoting, to function as a cancer inhibitor in certain contexts.

Branavan Manoranjan did the research as part of his PhD thesis in McMaster’s Michael G. DeGroote School of Medicine MD/PhD program.

He investigated several different ways to see if activating Wnt in a Group 3 or 4 MB made the tumour less aggressive, decreased the cancer stem cell fraction and self-renewal ability, and decreased the ability of the tumour to grow and spread.

Through performing genetic sequencing of individual brain tumour stem cells, he found that a rare fraction of cells in the Group 2, 3 and 4 cancers were Wnt active and when those cells were sorted, they generated smaller, more benign-looking tumours, while the Wnt inactive cells generate the aggressive, metastatic tumours.

The team then tested a small molecule that turned on the Wnt pathway in mice with non-Wnt medulloblastoma subtype tumors, which resulted in a reduction in tumor growth and improved survival.

“Our work shows the Wnt pathway, which has historically been considered cancer-promoting, may function as a tumour suppressor in certain contexts,” said Manoranjan, now a neurosurgery resident at the University of Calgary. “We also found all different subtypes do have a minority fraction of Wnt active cells, and this is promising.”

Singh, the senior author for the study, added that a drug currently in use for other conditions has been found to selectively and specifically activate Wnt signaling.

“In the end, Wnt activation could present an innovative targeted therapeutic strategy for treatment-resistant medulloblastoma,” she said.