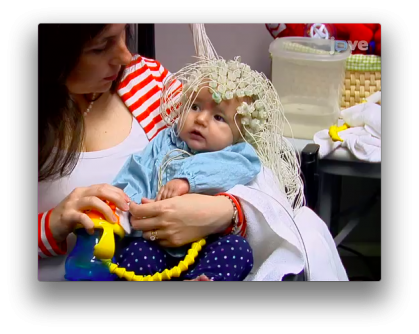 JoVE — The Journal of Visualized Experiments

In this image, an infant’s brain activity is measured while tactile stimulation, in the form of air puffs, is administered to the child’s hand. The goal of this research technique is to identify and develop treatments for mental disabilities commonly associated with premature birth. 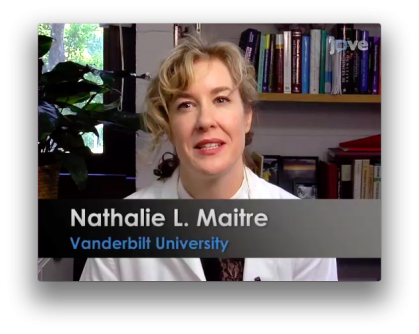 JoVE — The Journal of Visualized Experiments

Newswise — On January 29, JoVE, the Journal of Visualized Experiments, will publish a procedure to identify newborns and children at-risk for developmental problems, especially those born prematurely. The technique is an infant friendly way of measuring brain activity using non-traditional methods, and it will aid in the invention of treatment strategies leveraging neural plasticity present in the first three years of life.

“This new methodology has recently been used to investigate cortical processing of touch and speech sounds in a large group of full-term and preterm neonates,” said Dr. Nathalie Maitre, one of the two researchers behind the experiment, “It has also been used to characterize the effect of neuro-rehabilitation in the brains of young children with cerebral palsy.” Dr. Maitre also said that its application could lead to wider adaptations in treating infants and adolescents with brain injuries, for example, or in addressing abnormal sensory experiences in the neonatal period during intensive care hospitalization.

According to the article, such studies on the developing cortical sensory processes are essential for understanding the basis of most higher order functions in the brain. “Sensory experiences are responsible for much of the brain's organization through infancy and childhood, laying the foundation for complex processes such as cognition, communication, and motor development,” the authors wrote. They said that most sensory studies focus on auditory and visual stimulation since they are easy to test, but that the tactile processing is of particular interest in children as it is the first sense to develop in the growing fetus.

The article, a collaboration between Dr. Maitre and Dr. Alexandra Key of Vanderbilt University, explains how to pair a tactile stimulus, puffs of air, with a method called Event-Related Potential (ERP). The ERP technique reports electrophysiological responses in the brain using a net of electrodes fitted over a child’s head. The authors also describe how to measure the electrophysiological response to speech when paired with tactile stimulation.

Dr. Maitre said that the technique is unlike traditional sensory research systems, like MRI and electrical median nerve stimulation, because it is well suited for infants and children. “Other techniques require use of painful or invasive stimuli and often require active subject participation, which would not be possible in babies or vulnerable subjects,” she said.

The researchers hope that their JoVE video-article will better familiarize the field with the benefits of their ERP approach. “One of the major problems in getting people to use ERP methodology is that scientists do not often realize how rapid, non-invasive and child-friendly it is,” said Dr. Maitre, “JoVE was an ideal format to conclusively show this, as the baby and child in the video were clearly comfortable with this rapid procedure.”

About JoVE, The Journal of Visualized Experiments:JoVE, the Journal of Visualized Experiments, is the first and only PubMed/MEDLINE-indexed, peer-reviewed journal devoted to publishing scientific research in a video format. Using an international network of videographers, JoVE films and edits videos of researchers performing new experimental techniques at top universities, allowing students and scientists to learn them much more quickly. As of January 2014, JoVE has published video-protocols from an international community of more than 9,300 authors in the fields of biology, medicine, chemistry, and physics. 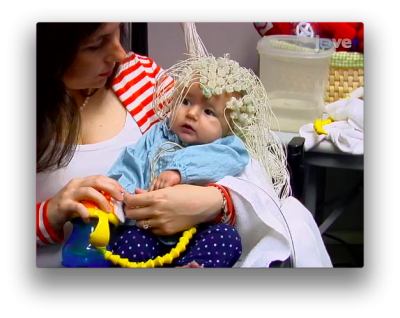 Caption: In this image, an infant’s brain activity is measured while tactile stimulation, in the form of air puffs, is administered to the child’s hand. The goal of this research technique is to identify and develop treatments for mental disabilities commonly associated with premature birth. 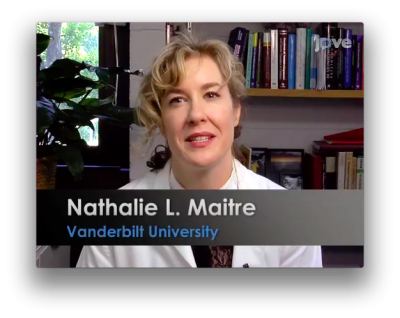