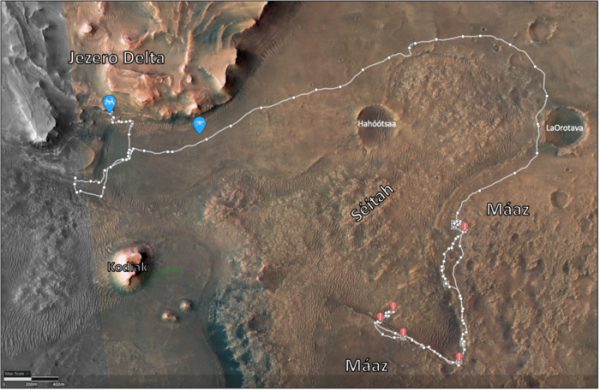 Credit: NASA
Since NASA’s Perseverance rover landed in Jezero Crater on Feb. 18, 2021, it has rolled around the margins of an area called Séítah, where it sampled the rocks in two places, and visited another area called Máaz, where it sampled two other rocks. Since then, it has traveled a circuitous path to one of the main features in the crater, a river delta (upper left). Red points indicate crater floor sampling locations; blue points indicate the present locations of the Perseverance Rover (at left) and the Ingenuity helicopter.
« Perseverance rover retrieves key rocky clues to Mars’ geologic and water history
close
0.06218