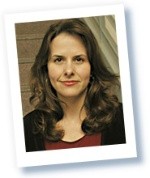 News that a 100-year-old New Jersey man killed his 88-year-old wife with an ax while she slept, then killed himself with a knife shocked the country this week.

Sonia Salari, an associate professor and graduate director in the University of Utah’s Department of Family and Consumer Studies, is an expert in the area of of domestic violence among the elderly.

Often, it’s rarely the case that couples make the decision to die together, says Salari, Ph.D., who has researched the uptick in murder-suicides among the elderly among a host of other topics in a newly released book titled “Family Violence Across the Life Course: Research, policy and prevention.”

The book includes analysis related to Salari’s prior academic work in which she found in most cases, murder-suicides in older couples are not an agreement.

Salari is available for interviews about her research involving murder-suicides among the elderly in the aftermath of the New Jersey case.

She is available at her office at 801-581-5725 or email [email protected]. Interviews can also be arranged through University of Utah communications specialist Melinda Rogers, cell 801-608-9888 and [email protected]