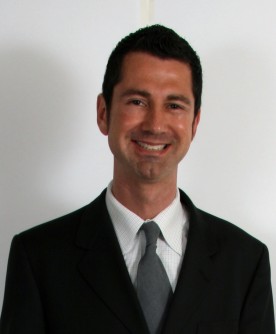 Newswise — (PHILADELPHIA) – Cancer and stress go hand-in-hand, and high stress levels can lead to poorer health outcomes in cancer patients. The Jefferson-Myrna Brind Center of Integrative Medicine combined creative art therapy with a Mindfulness-based Stress Reduction (MBSR) program for women with breast cancer and showed changes in brain activity associated with lower stress and anxiety after the eight-week program. Their new study appears in the December issue of the journal Stress and Health.

Daniel Monti, MD, director of the Jefferson-Myrna Brind Center of Integrative Medicine and lead author on the study, and colleagues have previously published on the success of Mindfulness-based Art Therapy (MBAT) at helping cancer patients lower stress levels and improve quality of life.

“Our goal was to observe possible mechanisms for the observed psychosocial effects of MBAT by evaluating the cerebral blood flow (CBF) changes associated with an MBAT intervention in comparison with a control of equal time and attention,” says Monti. “This type of expressive art and meditation program has never before been studied for physiological impact and the correlation of that impact to improvements in stress and anxiety.”

Eighteen patients were randomly assigned to the MBAT program or an education program control group. All had received the diagnosis of breast cancer between six months and three years prior to enrollment and were not in active treatment. The MBAT group consisted of the MBSR curriculum (awareness of breathing, awareness of emotion, mindful yoga, walking, eating and listening), paired with expressive art tasks to provide opportunities for self-expression, facilitate coping strategies, improve self-regulation, and provide a way for participants to express emotional information in a personally meaningful manner.

Patient response to the MBAT program was measured using a 90-item symptom checklist, completed by each patient before and after the eight-week program. In addition, functional magnetic resonance imaging (fMRI) was used pre and post-program to evaluate cerebral blood flow, corresponding to changes in the brain’s activity. Scans were performed at rest, during a “neutral task” (control), meditation task, stressor task and at rest again—designed to evaluate the general as well as specific effects and provide a thorough analysis of the CBF changes between the pre and post-program scans.

Participants in the MBAT group demonstrated significant effects on cerebral blood flow compared with the control group. The MBAT group showed increases in the emotional centers of the brain including the left insula which helps us to perceive our emotions, the amygdala which helps us experience stress, the hippocampus that regulates stress responses, and the caudate nucleus that is part of our brain’s reward system. These increases correlated significantly with a lowering of stress and anxiety, as also reflected in the results of the pre and post-program anxiety scores among the MBAT intervention group.

The observed psychological and neuropsychological changes are consistent with current literature that states that MBSR interventions have shown to reduce anxiety, depression and psychological distress in a variety of populations. These have been associated with improved immune function, quality of life and coping effectiveness in women with breast cancer.

Given the improvements in anxiety levels and observed changes in CBF in the MBAT participants, these findings suggest that the MBAT program helps mediate emotional responses in women with breast cancer. “With the sample size enlarged, perhaps we can extrapolate these results to other disease populations and gain a fuller understanding of the physiological mechanisms by which mindfulness practices confer psychological benefits,” says Monti.