Published in PNAS, the study dispels a common belief that the Huns were responsible for the deformations 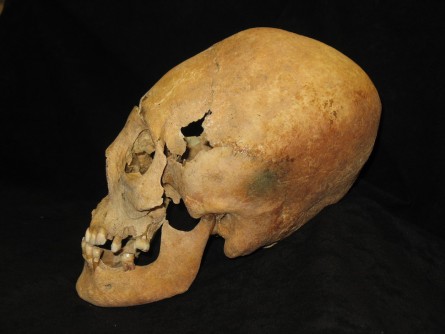 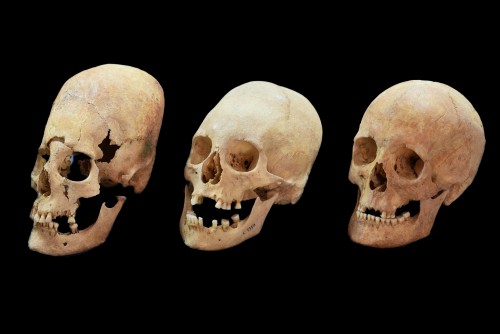 Newswise — Stony Brook, NY, March 13, 2018 – An international research team including Krishna Veeramah, PhD, Assistant Professor in the Department of Ecology and Evolution at Stony Brook University, has performed the first genomic analysis of populations that lived on the former territory of the Roman Empire from around 500 AD. The analysis provides a direct look at the complex population movements during the era known as the European Migration Period. The palaeogenomic study, published in PNAS, investigated early human medieval genomic variation in southern Germany, with a specific investigation of the peculiar phenomenon of artificial skull formation, the origins of which scientists have debated for more than 50 years.

While most of the ancient Bavarians looked genetically like modern central and northern Europeans, one group of individuals had a very different and diverse genetic profile. This group was particularly notable in that they were women whose skulls had been artificially deformed at birth. Such enigmatic deformations give the skull a peculiar tower shape and have been found in past populations from across the world and from different periods of time. While the specific origins of this practice have been debated for more than 50 years, scientists think that parents in ancient societies wrapped their children's heads with bandages for a few months after birth in order to achieve a desired head shape, perhaps to emulate a certain ideal of beauty.

"The presence of these elongated skulls in parts of eastern Europe is most commonly attributed to the nomadic Huns, led by Atilla, during their invasion of the Roman Empire from Asia,” said Veeramah, a population geneticist and first author of the paper titled “Population genomic analysis of elongated skulls reveals extensive female-biased immigration in Early Medieval Bavaria.“ “However, the appearance of these skulls in western Europe is more mysterious, as this was very much the fringes of their territory."

Anthropologist Dr Michaela Harbeck from the State Collection of Anthropology Munich and the Population Geneticist Professor Joachim Burger of the Johannes Gutenberg University Mainz led the team’s work to sequence the genomes of approximately 40 individuals dating the late 5th/early 6th century AD from present-day Bavaria in southern Germany as well as from various locations in the east. They found that while both men and women with normal heads appeared to have local origins, women with elongated heads had genetic ancestry primarily from southeastern Europe rather than Central or East Asia.

According to Veeramah, the team was able to demonstrate by the genomic analysis that in addition to having elongated heads, these women demonstrated darker eyes, hair and even skin compared to the local blond-haired, blue-eyed Bavarians, yet were buried in much the same way as local women. “

Our data points to Barbarian tribes in Western and Central Europe specifically acquiring exotic looking women with elongated heads born elsewhere, perhaps to form strategic alliances with other entities to the east, but that the Huns likely did not have much of a direct role in this process.”

The research was supported in part by the National Science Foundation.