Newswise — A BCI is an apparatus that allows an individual to control a machine or computer directly from their brain. Non-invasive means of control like electroencephalogram (EEG) readings taken through the skull are safe and convenient compared to more risky invasive methods using a brain implant, but they take longer to learn and users ultimately vary in proficiency.

Bin He, professor and head of the Department of Biomedical Engineering, and collaborators conducted a large-scale human study enrolling subjects in a weekly eight-week course in simple, widely-practiced meditation techniques, to test their effect as a potential training tool for BCI control. The work was published in Cerebral Cortex. A total of 76 people participated in this study, each being randomly assigned to the meditation group or the control group, which had no preparation during these 8 weeks. Up to 10 sessions of BCI study were conducted with each subject. He's work shows that humans with just eight lessons in mindfulness-based attention and training (MBAT) demonstrated significant advantages compared to those with no prior meditation training, both in their initial ability to control BCI's and in the time it took for them to achieve full proficiency.

After subjects in the MBAT group completed their training course they, along with a control group, were charged with learning to control a simple BCI system by navigating a cursor across a computer screen using their thought. This required them to concentrate their focus and visualize the movement of the cursor within their head. During the course of the process, He's team monitored their performance and brain activity via EEG.

As stated prior, the team found that those with training in MBAT were more successful in controlling the BCI, both initially and over time. Interestingly, the researchers found that differences in brain activity between the two sample groups corresponded directly with their success. The meditation group showed significantly enhanced capability of modulating their alpha rhythm, the activity pattern monitored by the BCI system to mentally control the movement of a computer cursor.

His findings are very important for the process of BCI training and the overall feasibility of non-invasive BCI control via EEG. While prior work from his group has shown that long-term meditators were better able to overcome the difficulty of learning non-invasive mind control, this work shows that just a short period of MBAT training can significantly improve a subject's skill with a BCI. This suggests that education in MBAT could provide a significant addition to BCI training. "Meditation has been widely practiced for well-being and improving health," said He. Our work demonstrates that it can also enhance a person's mental power for mind control, and may facilitate broad use of noninvasive brain-computer interface technology."

It could also inform neuroscientists and clinicians working in BCI design and maintenance. A thorough understanding of the brain is crucial for creating the machine learning algorithms BCI's use to interpret brain signals. This knowledge is especially important in BCI recalibration, which can be time-consuming and frequently necessary for non-invasive BCI's.

The work of He and his team presents a new application for a well-known and widely practiced form of meditation, and may even offer insights into the neurological effects of meditation and how it may be adapted for better BCI training. This study offers novel information for researchers of BCI's and presents a new tool for both understanding the brain and preparing subjects to use a BCI.

Caption: Imaging shows the difference in alpha power between the meditation and control groups. 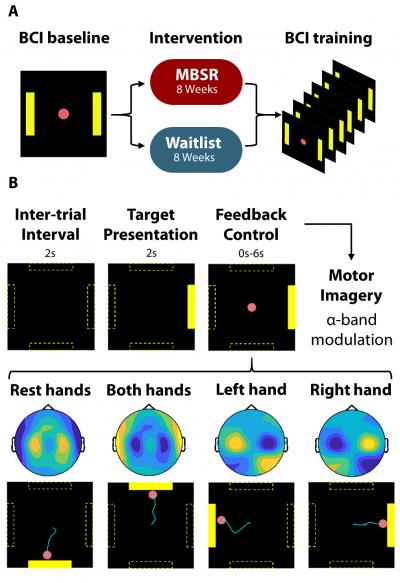 Caption: A walkthrough of the procedures for the study and for BCI control. 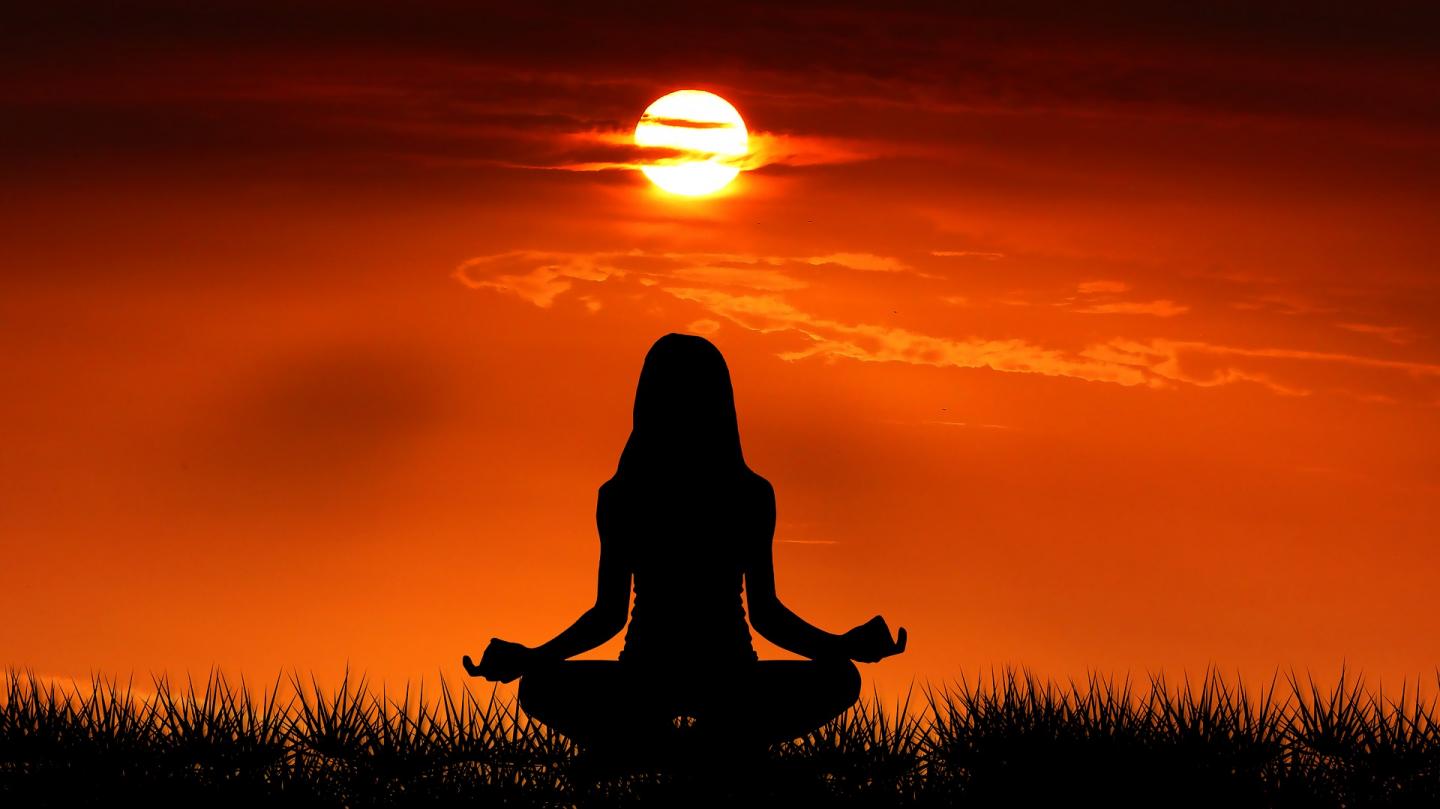 Caption: A person seated, meditating under an orange sunrise.