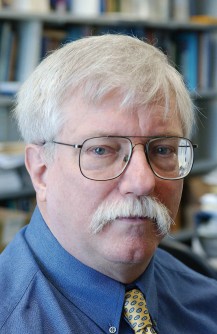 Newswise — At some point, everyone’s ancestors depended on a three-stone fire. It’s exactly what the name suggests: three stones of roughly the same size that hold cookware over an open flame.

It’s the traditional way of heating food and water, but it also poses risks and other problems. Users can be burned or scalded. Smoke can’t be controlled. Only one piece of cookware can be used at a time and three-stone fires are inefficient and waste a lot of fuel.

“About three billion people around the world cook their food with solid fuels every day with a large fraction of them still using three-stone fires,” he says. “They cook their meals on fuels like wood, dung, or whatever they can find. They need to be able to heat food and water adequately, and to stay warm.”

He says it's critical to build a global industry that can manufacture and distribute 150 million to 180 million stoves a year to serve the global need. And he adds that it is critical this industry take shape and satisfy demand within the next 10 years, both to reduce the health impacts of the current poor combustion and to reduce the emission of climate changing species like methane and black carbon particles.

“Disastrous deployments of bad stoves have happened because stoves haven't been properly tested before they were deployed,” Hopke says. “A lot of people think they know how to make a solid fuel stove, but as we try to scale up production, we have to be sure the stoves do what we want them to do. The key is to develop a set of practical, effective protocols for testing.”

He recently took this message and some ideas on production and safety to Nairobi. At the meeting of the International Standards Organization (ISO) Committee on clean cook stoves and clean cooking solutions, Hopke focused on establishing international standards for cook stoves. He told attendees that in addition to ensuring new stove safety, stoves must become more efficient and emit less pollution.

“This can benefit everyone,” he says. “By improving stove technology, we can help build the economies of developing countries, reduce indoor air pollution, and substantially improve health particularly for women and young children at the same time. It also has climate benefits by reducing black carbon, methane and carbon monoxide emissions that represent a significant part of the species driving climate change.”

He acknowledges that creating change on a worldwide level won't happen quickly, but it can be done, will not be very expensive and will produce both health and climate benefits. Thus, it’s important to set the wheels in motion.

“You make incremental progress and eventually get where you need to go,” he says. “Much of the world is still using a three-stone fire to cook. If we can get quality stoves into general use, that will be a good thing for human health and the climate.”

Clarkson University launches leaders into the global economy. One in five alumni already leads as a CEO, VP or equivalent senior executive of a company. Located just outside the Adirondack Park in Potsdam, N.Y., Clarkson University is a nationally recognized research university for undergraduates with select graduate programs in signature areas of academic excellence directed toward the world’s pressing issues. Through 50 rigorous programs of study in engineering, business, arts, sciences and health sciences, the entire learning-living community spans boundaries across disciplines, nations and cultures to build powers of observation, challenge the status quo, and connect discovery and engineering innovation with enterprise.