Salk scientists show that the little-known supportive cells are vital in cognitive function. 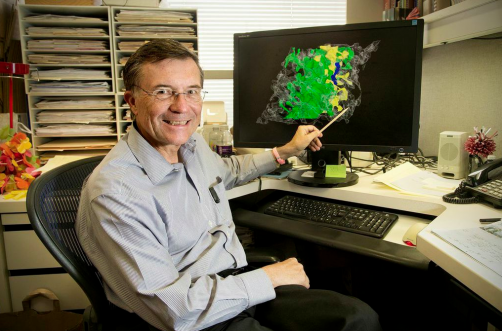 Newswise — LA JOLLA—When you’re expecting something—like the meal you’ve ordered at a restaurant—or when something captures your interest, unique electrical rhythms sweep through your brain.

These waves are called gamma oscillations and they reflect a symphony of cells—both excitatory and inhibitory—playing together in an orchestrated way. Though their role has been debated, gamma waves have been associated with higher-level brain function, and disturbances in the patterns have been tied to schizophrenia, Alzheimer’s disease, autism, epilepsy and other disorders.

Now, new research from the Salk Institute shows that little known supportive cells in the brain known as astrocytes may in fact be major players that control these waves.

In a study published July 28 in the Proceedings of the National Academy of Sciences, Salk researchers report a new, unexpected strategy to turn down gamma oscillations by disabling not neurons but astrocytes. In the process, the team showed that astrocytes, and the gamma oscillations they help shape, are critical for some forms of memory.

“This is what could be called a smoking gun,” says co-author Terrence Sejnowski, head of the Computational Neurobiology Laboratory at the Salk Institute for Biological Sciences and a Howard Hughes Medical Institute investigator. “There are hundreds of papers linking gamma oscillations with attention and memory, but they are all correlational. This is the first time we have been able to do a causal experiment, where we selectively block gamma oscillations and show that it has a highly specific impact on how the brain interacts with the world.”

A collaboration among the labs of Salk professors Sejnowski, Inder Verma and Stephen Heinemann found that activity in the form of calcium signaling in astrocytes immediately preceded gamma oscillations in the brains of mice. This suggested that astrocytes, which use many of the same chemical signals as neurons, could be influencing these oscillations.

To test their theory, the group used a virus carrying tetanus toxin to disable the release of chemicals released selectively from astrocytes, effectively eliminating the cells’ ability to communicate with neighboring cells. Neurons were unaffected by the toxin.

After adding a chemical to trigger gamma waves in the animals’ brains, the researchers found that brain tissue with disabled astrocytes produced shorter gamma waves than in tissue containing healthy cells. And, after adding three genes that would allow the researchers to selectively turn on and off the tetanus toxin in astrocytes at will, they found that gamma waves were dampened in mice whose astrocytes were blocked from signaling. Turning off the toxin reversed this effect.

The mice with the modified astrocytes seemed perfectly healthy. But after several cognitive tests, the researchers found that they failed in one major area: novel object recognition. As expected, healthy mouse spent more time with a new item placed in its environment than it did with familiar items. In contrast, the group’s new mutant mouse treated all objects the same.

“That turned out to be a spectacular result in the sense that novel object recognition memory was not just impaired, it was gone—as if we were deleting this one form of memory, leaving others intact,” Sejnowski says.

The results were surprising, in part because astrocytes operate on a seconds- or longer timescale whereas neurons signal far faster, on the millisecond scale. Because of that slower speed, no one suspected astrocytes were involved in the high-speed brain activity needed to make quick decisions.

“What I thought quite unique was the idea that astrocytes, traditionally considered only guardians and supporters of neurons and other cells, are also involved in the processing of information and in other cognitive behavior,” says Verma, a professor in the Laboratory of Genetics and American Cancer Society Professor.

It’s not that astrocytes are quick—they’re still slower than neurons. But the new evidence suggests that astrocytes are actively supplying the right environment for gamma waves to occur, which in turn makes the brain more likely to learn and change the strength of its neuronal connections.

Sejnowski says that the behavioral result is just the tip of the iceberg. “The recognition system is hugely important,” he says, adding that it includes recognizing other people, places, facts and things that happened in the past. With this new discovery, scientists can begin to better understand the role of gamma waves in recognition memory, he adds.

Collaborators included Hosuk Sean Lee of the Department of Life Sciences in Sogang University in Seoul, South Korea; Andrea Ghetti, Gustavo Dziewczapolski and Juan C. Piña-Crespo of the Molecular Neurobiology Laboratory at Salk; António Pinto-Duarte of the Institute of Pharmacology and Neurosciences, Faculty of Medicine and the Institute of Molecular Medicine Neurosciences Unit at the University of Lisbon in Portugal; Xin Wang of Salk’s Computational Neurobiology Laboratory; Francesco Galimi of Salk and the Department of Biomedical Sciences/Istituto Nazionale di Biostrutture e Biosistemi, University of Sassari Medical School in Sassari, Italy; and Salvador Huitron-Resendiz and Amanda J. Roberts of the Mouse Behavioral Assessment Core at the Scripps Research Institute, in La Jolla, California.

The work was supported by a Salk Innovation Grant, Kavli Innovative Research Awards, a Calouste Gulbenkian Foundation Fellowship, a Life Sciences Research Foundation Pfizer Fellowship, the Brain and Behavior Research Foundation, the Bundy Foundation, Jose Carreras International Leukemia Foundation, the Pew Charitable Trusts, National Science Foundation, Howard Hughes Medical Institute, the Office of Naval Research, and the National Institutes of Health. About the Salk Institute for Biological Studies:The Salk Institute for Biological Studies is one of the world's preeminent basic research institutions, where internationally renowned faculty probe fundamental life science questions in a unique, collaborative and creative environment. Focused both on discovery and on mentoring future generations of researchers, Salk scientists make groundbreaking contributions to our understanding of cancer, aging, Alzheimer's, diabetes and infectious diseases by studying neuroscience, genetics, cell and plant biology, and related disciplines. Faculty achievements have been recognized with numerous honors, including Nobel Prizes and memberships in the National Academy of Sciences. Founded in 1960 by polio vaccine pioneer Jonas Salk, MD, the Institute is an independent nonprofit organization and architectural landmark.