Men with Testicular Cancer Who Were Uninsured or on Medicaid Had a Higher Risk of Death From What Is Normally a Curable Disease Than Insured Patients, A New Study Found 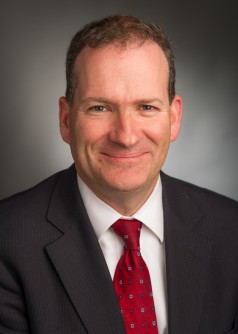 Men with testicular cancer who were uninsured or on Medicaid had a higher risk of death from what is normally a curable disease than insured patients, a new study led by Dr. Christopher Sweeney found.

• Study revealed best outcomes in insured patients, worst in the uninsured, and intermediate for those on Medicaid

Newswise — BOSTON — Men with testicular cancer who were uninsured or on Medicaid had a higher risk of death from what is normally a curable disease than insured patients, a new study found.

The findings, published in Cancer, a journal of the American Cancer Society (ACS), add to growing evidence that differences in health insurance status can affect cancer outcomes. The researchers analyzed outcomes and insurance status for 10,211 men diagnosed with testicular cancer between 2007 and 2011.The risk of death from testicular cancer – also called testis cancer – was 88 percent higher for uninsured men and 51 percent higher for those on Medicaid than patients who had private or other forms of health coverage, the researchers reported.

“Although testis cancer is curable with chemotherapy, this study supports the notion that lack of insurance may lead to delays in diagnosis and more advanced and less curable disease,” said study lead author Christopher Sweeney, MBBS, a medical oncologist at Dana-Farber/Brigham and Women’s Cancer Center (DF/BWCC). “Our findings support the belief that early diagnosis and management is key, and removal of barriers to access to health care should be implemented.”

Lack of insurance coverage was also associated with worse survival in patients with glioblastoma brain tumors, according to a companion report in Cancer.

“Studies such as these are important if we are to truly address the cancer problem,” wrote Michael Halpern, MD, of the University of Arizona Medical School, and Otis Brawley, MD, of the ACS and Emory University, in an editorial accompanying the reports.

In the testicular cancer study, the researchers found that uninsured and Medicaid-covered patients had an increased risk of having larger testicular cancer tumors or metastatic disease at the time of diagnosis. Uninsured men and Medicaid patients whose cancer had spread beyond the testes were more likely to have their risk described as “intermediate” or “poor” rather than “good.”

Individuals aged 26 to 34 comprise the greatest segment of the uninsured population, and men in this age group have the highest rate of testicular cancers, which the ACS predicts will be diagnosed in 8,270 men in 2016, with about 380 deaths.

The 2010 Affordable Care Act, also known as Obamacare, is projected to expand insurance coverage to 32 million uninsured and underinsured people by 2019, in part through a major expansion of Medicaid. The relationship between Medicaid coverage and cancer outcomes has been explored in previous studies, with conflicting results. This study was designed to examine these issues through a focus on testicular cancer. The scientists hypothesized that men with no insurance would be most likely to be diagnosed with advanced disease and have the poorest outcomes compared to patients with insurance, and the outcomes in men on Medicaid would fall in between those extremes.

The results showed this hypothesis to be correct, the authors said, suggesting that “efforts to eliminate cancer disparities through the expansion of Medicaid alone may be insufficient.” Consequently, they called for further research on the role of insurance status and adverse outcomes, particularly for men most at risk for testicular cancer.

From achieving the first remissions in childhood cancer with chemotherapy in 1948, to developing the very latest new therapies, Dana-Farber Cancer Institute is one of the world’s leading centers of cancer research and treatment. It is the only center ranked in the top 4 of U.S. News and World Report’s Best Hospitals for both adult and pediatric cancer care.