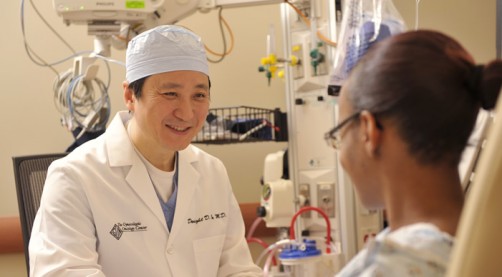 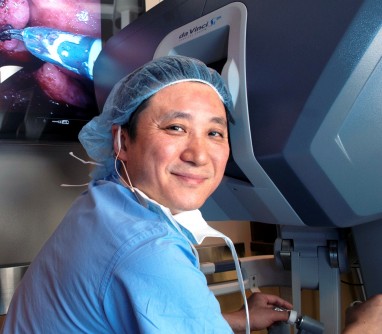 Newswise — (Baltimore, MD) – Mercy Medical Center has announced that Dwight D. Im, M.D., FACOG, Medical Director of The Neil B. Rosenshein, M.D., Institute for Gynecologic Care at Mercy, The Gynecologic Oncology Center at Mercy and The National Institute of Robotic Surgery at Mercy has been recognized by Castle Connolly Medical Ltd. as a "Top Doctor” for 2017.

The national selection process for Castle Connolly's "Top Doctors" is based on both peer nomination and extensive review by a physician-led research team. Medical training, board certifications, achievements, and other credentials are also measured during the annual selection process.

Dr. Dwight Im is among the most widely recognized gynecologic oncology robotic surgeons and was the first surgeon to be named a "Gynecologic Oncology EpiCenter Surgeon" for the da Vinci robot. In 2015, Dr. Im was one of eight doctors elevated to Mentor Status in Gynecology and Gynecologic Oncology. Dr. Im trains doctors from around the world in advanced, precision robotic surgery.

Castle Connolly Medical Ltd. identifies top doctors, both nationally and regionally, based on an extensive nominations process open to all licensed physicians in the United States. The Castle Connolly physician-led research team reviews and screens all nominated physicians before selecting those regarded as the most outstanding healthcare providers to be Top Doctors. Physicians do not and cannot pay to be selected as a Castle Connolly Top Doctor.

Mercy Medical Center is a 143-year-old, university affiliated medical facility named a “Top Hospital” by U.S. News and World Report and has a national reputation for women’s health care. For more information on Mercy, visit http://www.mdmercy.com; MDMercyMedia on FACEBOOK and TWITTER; or call 1-800-MD-MERCY.